Emory has announced the cancellation of Spring 2020 study abroad programs in Italy in a Feb. 29 email sent to students studying in the country.

There are currently nine Emory College and Oxford College students studying in Italy, according to Associate Dean for International and Summer Programs Sarah Gouzoules.

The email, sent by Gouzoules, states that “Emory’s Senior Leadership” and “its own risk management team” made the decision after the Centers for Disease Control and Prevention announced a COVID-19 threat level of Level 3 in Italy and Iran.

Students who are currently studying abroad in Italy have been asked to coordinate their return to the United States as soon as possible, Gouzoules wrote, and the Office of International and Summer Program will reimburse any incurred change fees.

The decision comes as U.S. President Donald Trump authorizes screenings and restrictions on individuals traveling from Italy into the U.S., according to the New York Times. It is unclear how the restrictions will affect returning Emory students.

The University will coordinate with IES, the program that facilitates Emory’s study abroad programs in Italy, to ensure that students can complete interrupted coursework for the semester online. Emory will accept students’ online coursework for credit, Gouzoules wrote.

“I know that you must be very disappointed and frustrated, but your health and safety are Emory’s first priority, and we have not made this decision lightly,” Gouzoules wrote.

Emory announced that it would continue assessing conditions, and would make any necessary modifications to Emory’s summer study abroad programs in Italy by March 20.

The first coronavirus death in the U.S. was reported today in Washington state, with more confirmed cases in Oregon and California. 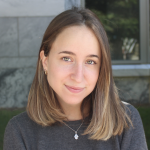