I went to Lake Tahoe during break, where I spent much of the trip skiing, watching movies and losing in QuizUp. I think the place that best set the tone for the trip was a restaurant called Bite, which we went to because of the beautiful view of the lake. I didn’t understand why we were eating there. At 9 p.m., no one would have known there was a lake right out the window.

“I don’t understand why we’re eating here. No one would know there’s a lake right out the window,” I said.

“It’s right there,” my dad pointed.

My dad called over a busboy and said, “Una pregunta,” to a man who was most definitely not from Mexico. “DÃ³nde es … the lake?”

“That way,” he replied. “But you can only see it from the other Bite a few miles south of here.”

I started laughing. I should have shut up when my father shot me his signature Homer Simpson glare. He inched his chair closer to mine, gripped my shoulders, shook me back and forth and said, “You’re embarrassing the family!”

Welcome to the Walner family. The only character yet to be mentioned is my 18-year-old brother, Joey, whose popularity peaked in fifth grade upon the release of his absurd joke pamphlet where he posed for the back cover in boxer shorts, a blazer and an Indiana Jones fedora. He also wrote as the author’s note, “Joey Walner is a patient at Ron Welk’s Mental Hospital. Some of his other books include Everybody Poops 2, We All Shart Sometimes and Shake Your Breasts.”

His popularity permanently declined a few weeks later upon the release of Shake Your Breasts, where he himself posed for each photo in his fedora.

I went to our hotel’s hot tub after dinner with my brother. There were two girls in there and an elderly man, and I thought that after a three-month study abroad dry spell, maybe God was looking out for me. My brother and I sat down and we introduced ourselves. The girl my age asked if we could turn on the bubbles.

“I will,” my brother said, “let me just finish peeing first.” It’s his go-to-hot-tub joke. The girls didn’t laugh. The elderly man looked like he’d vomited in his mouth. He left.

Joey turned on the bubbles. We talked. I hated the girl my age and her stupid job at KFC. I was ready for the bubbles to turn off so I could say, “I think that’s my cue,” but I couldn’t wait.

Before I left, my brother asked, “You guys really didn’t like my peeing joke?” One of the girls told us that it just wasn’t her kind of humor. My brother asked her to tell us her kind of joke then. She sat up, excited.

“Okay! What’s the difference between a canoe and a Jew? … A canoe tips!”

“I think that’s my cue,” I said, and got up to leave as my brother laughed his ass off, hiding our Judaism for the both of us.

As I was leaving, my dad walked through the pool gates and asked me to stay for a bit longer. He got in and the bubbles turned off. “I’ll get those,” said my dad. “Let me just finish peeing first.”

“I already did that one,” said my brother. “Did they laugh?” The girls shook their heads. We continued talking. We talked about Twitter. “I love Twitter,” the anti-Semitic girl said. “But I only follow two people. My sister and Nick Jonas.”

“That’s definitely our cue,” I said.

Lake Tahoe was also in a dry spell. They hadn’t gotten snow for a few weeks, and so we were skiing over bushes, rocks and a thin layer of man-made snow. We tried just about every mountain in Tahoe, trying to decide which was the least s–tty.

“Which mountain’s the least s–tty?” my dad asked the kid next to us on the chairlift.

“This is my favorite,” he said, “Diamond Peak.”

The kid stared ahead.

“Where else have you skied?”

My brother and I looked at each other, unsure of how my Dad would react. It could have been in a number of ways. He asked the kid to turn around for a second, and I thought he might push him off the lift. The kid looked back, and then faced forward, turned to my Dad and shrugged.

My dad looked back at him. “Beautiful lake, isn’t it?” 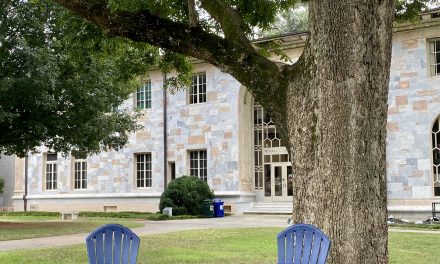 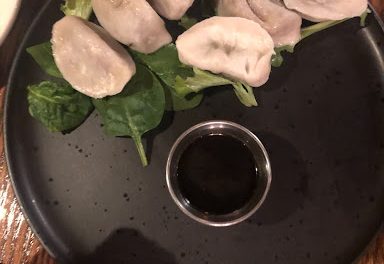