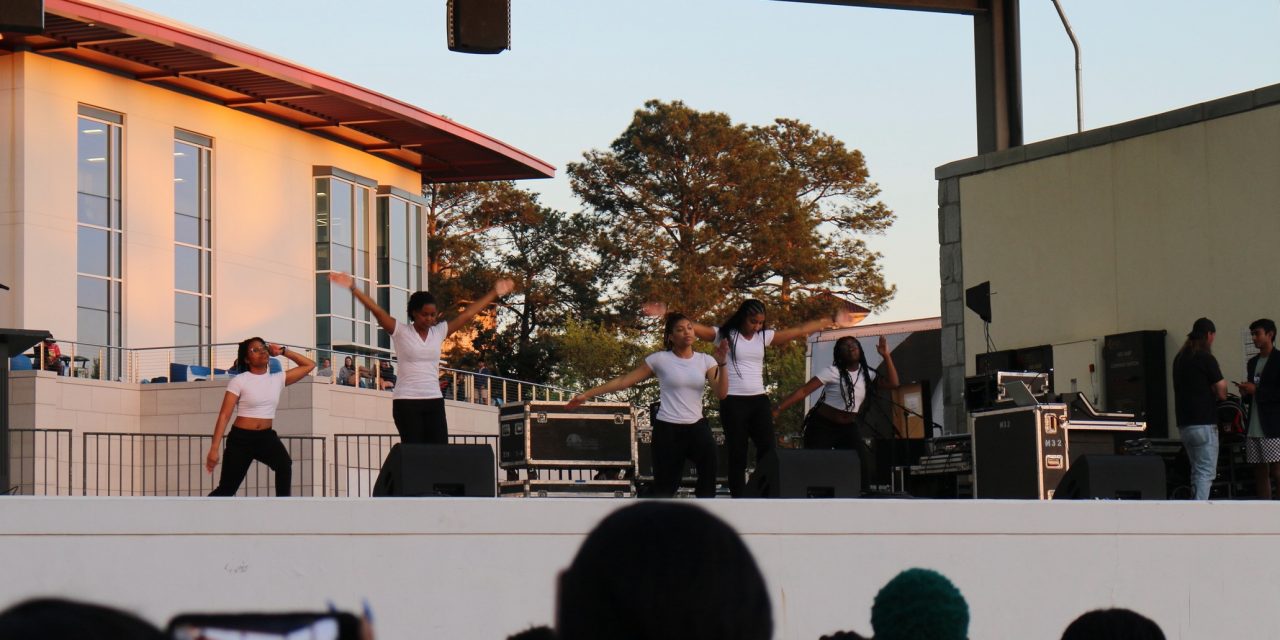 The line to attend College Council’s annual CultureShock event extended from the entrance of McDonough field past Asbury Circle on April 10. Campus spirits were high following the event’s kickoff giveaway earlier that afternoon.

Before the programming began, students walked away from the kickoff with pastel CC hoodies, water bottles, stickers and hardcover copies of Alicia Garza’s ‘The Purpose of Power.” Some munched on complimentary açai bowls or snacks from Taco Bell.

By 6 p.m., the sun began to set, creating long shadows next to students lounging on picnic blankets. Hundreds of attendees packed McDonough field, some admiring the student artwork on display at the entrance, others posing with props at the outdoor photo booth. CultureShock had begun.

The event has traditionally been held in the fall in White Hall, but this year CC moved CultureShock to the spring due to COVID-19 restrictions in fall 2021. CultureShock was not held in 2020 due to the pandemic. 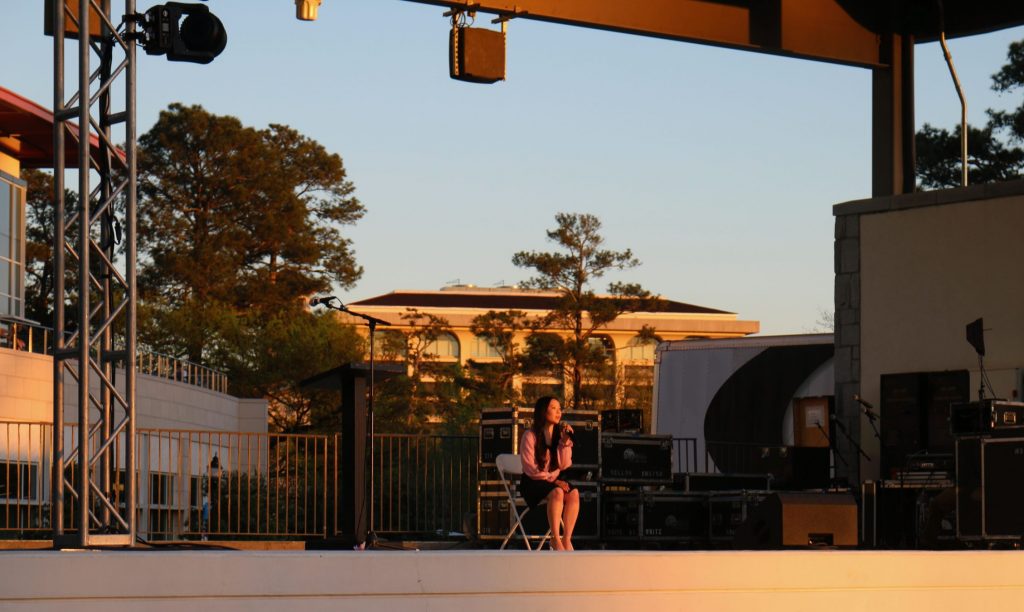 Hazel Oh (23C) sang a Korean song called “Through the Night” by IU at CultureShock on April 10. (Oli Turner / The Emory Wheel).

“People were able to hang out with each other and also watch performances,” said Alisha Patel (22C), CC’s vice president of programming.

Patel said turnout was much larger than expected. Over 600 students checked into the event using their Corq code, and roughly another 100 people likely arrived after check-in, she said.

Patel said the goal of the event was to allow attendees to experience different cultures while supporting their friends.

“CultureShock is made to bring a sense of community on Emory’s campus,” she said. “[It’s] just a way to integrate different areas of Emory’s campus into one.”

Upon entry, the event featured artwork submitted by students. CC sponsored the printing of some art pieces and supplied each artist with customized note cards to label their art.

The evening also included individual and group performances. Auditions for student performers were held in the fall 2021 semester following a campus-wide call for applications.

Performing as an individual, Hazel Oh (23C) sang “Through the Night” by South Korean singer-songwriter IU, a song she chose based on her Korean heritage.

“I have a lot of experience with Korean culture because my family members are Korean, so I thought this would be a good way to showcase some of that side of me,” Oh said. “CultureShock is a great place in terms of diverse talent or performance.”

She started singing in a choir in fifth grade and joined an a cappella group in high school. Soon after, she began private voice lessons and participated in state and regional singing competitions.

Oh said that singing is a way for her to share her passion with others.

“There’s something about music that I think is really special because it can speak to you in a way that’s kind of like using words but also not,” Oh said.

Several student dance troupes performed at CultureShock, including the step team Ngambika. The troupe created the soundtrack to their performance with their bodies, stomping and clapping in a rhythm as the sun set over the field. 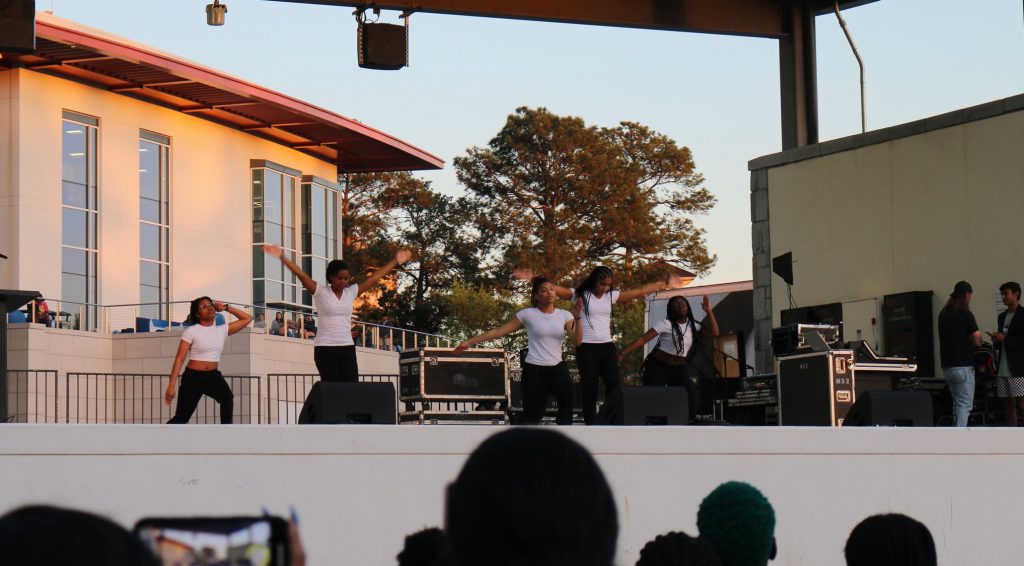 Ngambika, a step dance group, put on a synchronized show for the crowd. (Oli Turner / The Emory Wheel).

“Ngambika is a space for Black women on Emory’s campus to be themselves and grow into their own confidence through the medium of [dance],” said Ngambika Stepmistress Dawnya Green (25C).

For members of the team, which has operated at the University for 30 years, dance is an outlet for self-expression.

“Step and general forms of dance really do hold a lot of weight in the canon of African American history,” Green said.

Ngambika practices together for six hours each week, learning “the basics” and how to move as a synchronized unit, Green said.

During Ngambika’s performance, like many others that evening, the audience seemed united by the appreciation of their peers’ talent, passion and dedication.

“I found it really enjoyable to experience a collective sense of identification,” Green said.