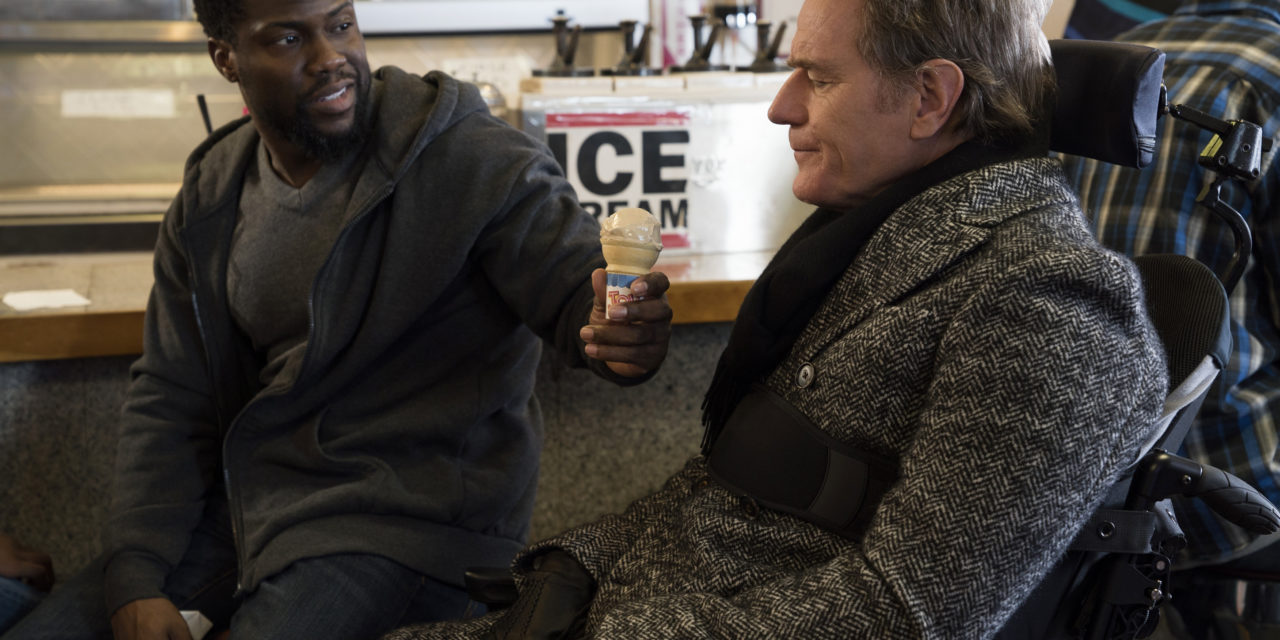 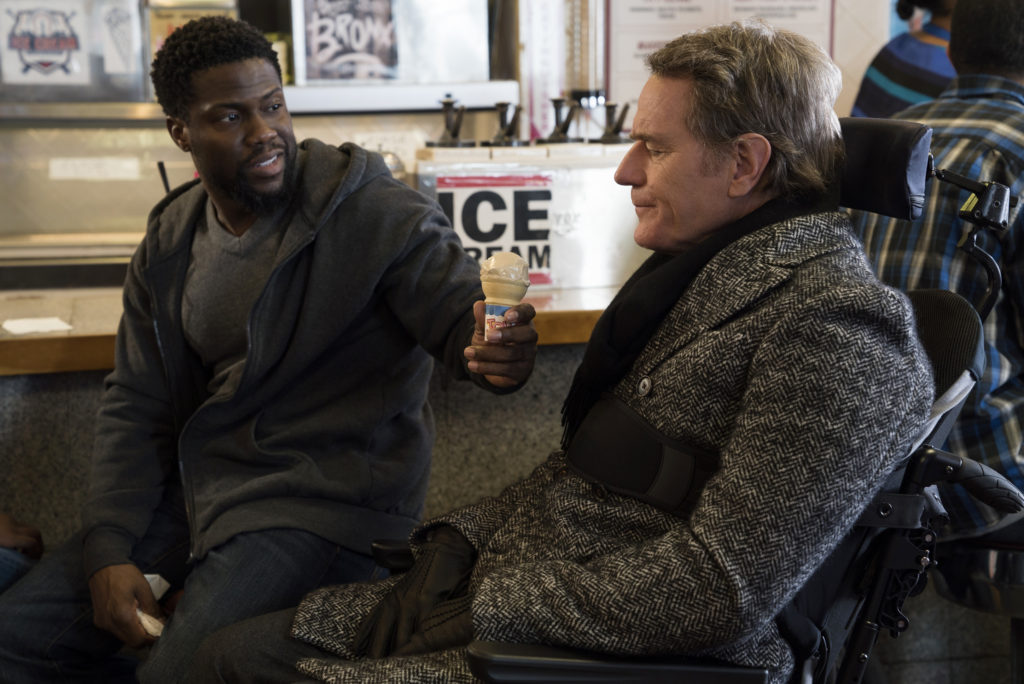 Take Kevin Hart, add a dash of sentiment, a sprinkle of cliches and a couple of generalizations, and you get a dramedy with some genuinely funny moments interspersed with uncomfortable ones. The following of this recipe resulted in “The Upside,” a remake of the 2011 French film “The Intouchables.”

Directed by Neil Burger, the film follows Dell Scott (Kevin Hart), an unemployed black parolee, and Phillip Lacasse (Bryan Cranston), a rich, quadriplegic white man. The two men form an unlikely bond when Dell accidentally interviews for a job as Phillip’s caretaker. Yvonne (Nicole Kidman), a member of Phillip’s personal staff, doesn’t trust Dell at first but begins to realize that he’s the only one who can distract Phillip from the paragliding accident that left him paralyzed and loss of his wife to cancer soon after. Dell and Phillip have some conflicts, but they ultimately find they have a lot to learn from one another despite their differences.

The film’s commentary on race, class and accessibility should be more nuanced but is instead often blunt and uncomfortable. Many jokes rely on Dell breaking unwritten social norms in upper-class spaces such as expensive restaurants and the opera. While Dell’s multiple faux pas do poke fun at existing societal norms, the script more so seems to be making fun of Dell and the fact that he is uncomfortable. Conversely, when Phillip goes with Dell to places he does not frequent, the situation or Phillip aren’t portrayed to be uncomfortable in the slightest. Even when Dell takes a liking to some of the aspects of Phillip’s lifestyle such as music and painting, the comedy seems to revolve around the stark contrast between Dell and Phillip — Dell does not belong in these spaces, and it’s revolutionary that he would enjoy things he doesn’t normally have access to. Of course, art and music can be enjoyed by anyone. The idea that it is out of the ordinary has some undertones of misunderstanding and perhaps even classism.

Despite the problematic jokes surrounding Dell in these scenes, he and Phillip teach each other new ways of coping with their respective situations at opposite ends of society. Dell learns the wonders of art and music, and Phillip tries new foods and even smokes marijuana. That people can have positive relationships despite different life experiences is a well-intentioned theme; however, this thread lacks creativity when it comes to breaking stereotypes of drugs, crime and ambition issues. The implication that Dell just needs a wealthy white influence to succeed in the world and escape crime is perhaps inadvertent, but it exists nonetheless. This idea is blurred, but not completely erased, by the idea that both men can gain from their relationship. Regardless, a casting decision that didn’t play into racial and class-based stereotypes, or simply minor rewrites prior to production, would have made it easier to avoid these unfortunate undertones.

Side characters like Yvonne and Dell’s ex-girlfriend Latrice (Aja Naomi King), whom he owes child support money, are not as well-developed as the main characters. Latrice is only characterized by the fact that she is bitter toward Dell and wants what is best for their son. Unfortunately, she exists as a prop rather than a character with much depth or agency, solely to show Dell’s progress as a provider and father. Yvonne has more screen time and her own character arc, but this is somehow still disappointing as she goes from a professional businesswoman to a meek love interest. The film’s central focus is the relationship between the two men, but it’s clear that the female characters are not high on the film’s priority list.

Despite these issues, the movie does work well as a lighthearted comedy. It’s centered on the relationships between the characters, however “unlikely” they are implied to be as a pair. While the plot is predictable, the chemistry between Hart and Cranston feels genuine, and their self-deprecating banter is witty and adds warmth to the film. Their differences in privilege and ability threaten to tear them apart but also bring them together, because on some level they can relate to each other. This seems to be the intended theme, and there are many scenes that reflect it in a powerful way.

If a simple, uplifting comedy is what you’re looking for this winter, then perhaps “The Upside” is for you — so long as you can take its limited presentation of race and class with a grain of salt.