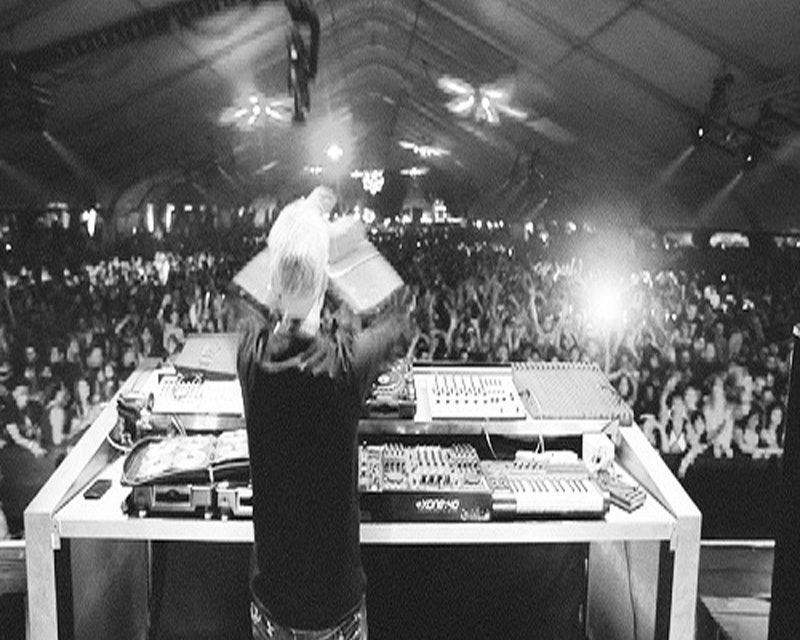 In the past few years, electronic dance music (EDM) has grown from an underground, European import to one of America’s most popular styles of music. Summer festivals such as the Electric Daisy Carnival (EDC) have taken the country by storm, featuring some of the scene’s most popular DJs. These days-long events offer bright lights, wild dancing and speaker systems that put the Grateful Dead’s “Wall of Sound” to shame. They, like any other gathering of thousands of young people, are also hotspots for drug use. A string of deadly overdoses at some this summer’s festivals have sparked a flurry of headlines bearing a name that sounds as harmless as it is recognizable: molly.

Molly is the modern street name for MDMA, a stimulant that has been popular at EDM festivals and concerts until the genre’s inception in the early 1980s. The term “molly” is short for “molecule,” which indicates that the drug is of a higher purity than ecstasy, which refers to MDMA pressed into tablet form.

This past Labor Day Weekend, Olivia Rotondo and Jeffrey Russ died of drug overdoses at the Electric Zoo festival on Governor’s Island in New York, resulting in the cancellation of the third and final day of the festival.

Although each individual claimed to have taken molly, the truth is that only one did. While The Huffington Post reported that Rotondo claimed to have taken six hits of molly, toxicology reports indicated that Russ had not taken molly – which is to say pure MDMA – but a fatal mix of MDMA and methylone, a chemical analog of MDMA used by drug dealers to cut the purity of their product. The Huffington Post also reported that police found crystal meth in his pocket.

Both MDMA and methylone work by flooding the brain with serotonin and dopamine, neurotransmitters that induce a state of euphoria and promote feelings of unity and closeness.

You can see why the drug would be popular at an event that seeks to harness the unifying powers of music and dancing.

Negative side effects of the drugs include a spike in the user’s body temperature and heart rate, which can be fatal if not monitored closely.

Although Rotondo and Russ both died as a result of the negative side effects associated with these drugs, that’s not really the problem here. Deaths related to MDMA (or any of its derivatives) make up a relatively small proportion of the total number of drug-related deaths that occur each year. According to The New York Times, over 4,000 people died of cocaine overdoses between the years 2000 and 2011. A similar number died of heroin overdoses, while only 43 died of MDMA overdoses.

No, the problem here isn’t the drugs. It’s the system. Since the Reagan administration, the U.S. government has fought tooth and nail to eradicate drug use, creating a dangerous black market and obscuring the flow of information regarding safe drug use (oxymoron though it may be) that might have saved the lives of Rotondo, Russ and countless others who have died of drug overdoses at festivals.

Drug dealers at festivals make their living by peddling pills to concertgoers who feel like experimenting or, in some cases, who’ve already used their stash. The dealers are easy to find and they’ll usually have what you’re looking for. Brightly-colored and friendly-looking ecstasy tablets are a common sight, mostly because they’re cheap to make, easy for a dealer to sneak into the event and even easier to sell. And besides, ecstasy is ecstasy, right?

The truth is that, more often than not, ecstasy tablets are cut with adulterants such as adhesives (to make the pill stay together), methylone or a terrifying cocktail of other amphetamines.

But for as common as ecstasy tablets are, it is equally uncommon that a buyer will have any idea what they’re taking. A dealer won’t provide their customers with reagent kits to test the purity of their product, nor is there any way to verify the dosage of the pill. And more to the point, a first-time drug user will not have any idea of what it means to take a safe dose.

How could they? That’s not readily available information, least of all in the midst of a raucous music festival where unsavory dealers are hawking their wares.

A drastic change in the government’s drug policy is a long way off and drug dealers can’t be relied upon to inform their customers, so the responsibility for safety falls on the users and the festival organizers. Organizers such as Insomniac Events, which runs EDC and other EDM festivals, have already taken steps to promote a safe festival environment. For example, tents with water purifiers powered by fire hydrants are scattered about Insomniac’s venues so that concertgoers can stay hydrated while they dance.

Which means that it’s time for concertgoers to face the facts and start taking responsibility for their own safety. Drugs are dangerous. If you’re going to take drugs, make sure you know what you’re taking and be sure to take a reasonable dose. To use Rotondo’s death as a teaching moment, six hits (of anything) is truly irresponsible.

And if you’re dancing hard, sober or otherwise, be sure to stay hydrated.

Spanish DJ Danny Avila will be performing at Emory this Friday for homecoming and TomorrowWorld, an offshoot of the world’s largest EDM festival, will be coming to Chattahoochee Hills this weekend. To those Emory students attending either event, I encourage you all to stay hydrated and, if you choose to take drugs, know what you’re taking and be safe.

The music doesn’t sound nearly as good from an ambulance.