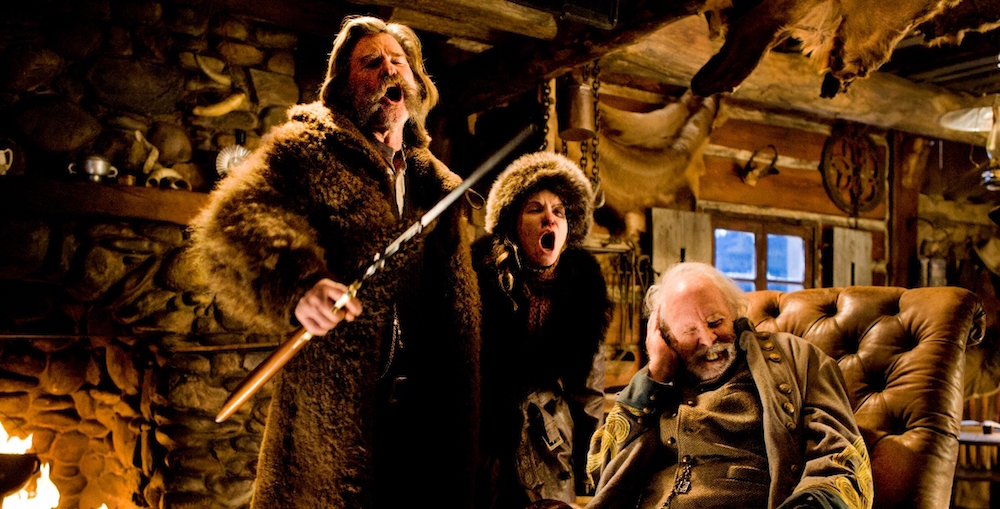 Controversial life protip time: If you’re ever wondering if someone is worth talking with about film, ask them about Quentin Tarantino. If the words “hack,” “rip-off” or any discussion of how long it’s been since he’s had a good idea comes up, it’s time to stop talking with them.

Tarantino speaks the language of cinema better than almost anyone else working today; there’s something vital and alive and fascinating about each film he releases. Something that shocks us, awes us or reminds us of what’s so great about the medium of film.

So it’s this that helps you understand the criticisms I’m going to give The Hateful Eight from here on out. They’re things that are minor, things that pertain to this film and things that weaken it. But it’s necessary to also understand that the least of Tarantino is a greater film than the best of countless lesser directors. This is criticism based on where it ranks among Tarantino’s work, compared to his other films.

The Hateful Eight, Tarantino’s eighth film, took a long path to get on the screen. Originally debuting as a staged reading after the script leaked online, it was believed the film was going to end up as a lost Tarantino project. And then it surprised us by moving into production and becoming Tarantino’s  most elaborate production yet.

Which is bizarre considering that The Hateful Eight is also Tarantino’s least inherently cinematic film yet. Far from the revenge narratives set in the flashpoints of history we saw with Django Unchained and Inglourious Basterds, the narrative is almost hilariously small on its surface. A group of men are stuck in a cabin during a blizzard. One of them, John Ruth (Kurt Russell), is carrying the precious cargo of a woman, Daisy Domergue (Jennifer Jason Leigh), with a $10,000 bounty on her head. It quickly becomes apparent that no one is who they say they are as tensions begin to run high in Minnie’s Haberdashery, an inn on the frontier for these wayward souls to find rest in the blizzard.

The Hateful Eight is Agatha Christie’s And Then There Were None meets the paranoid tension and even horror of John Carpenter’s The Thing with plenty of Tarantino flair. His signature violence is on a slow burn, but when it explodes, it explodes like few of his films ever have.

In fact, it’s almost remarkable how quick the violence of this film moves to the forefront. At Intermission (the roadshow version I saw had a 15 minute break at the halfway point of the just over 3 hour long film, much like a theater show), I marveled at how little violence, how little bloodshed we saw. The second half seemed designed to answer me and to prove me wrong. It’s delivered with Tarantino’s signature panache and brutality, blood coming out in explosions, not in leaks. It’s best watched equally gaping and admiring.

But the violence of the film also speaks to a quality that I’m not sure has ever quite been present in Tarantino’s films. Yes, they’re violent, but there’s a reason. Even if just to show the randomness of violence, as in a particular head getting blown off in Pulp Fiction. But there’s a seemingly purposelessness to some of the violence here, particularly the repeated beatings Daisy receives from John. There’s a cruelty to it that’s never quite existed in Tarantino before.

That’s perhaps the film’s biggest weakness as a whole. This is Tarantino in his purest, most unfiltered form. It’s self-indulgent in a way that’s fully understandable because it’s everything he clearly grew up idolizing. It’s shot on the Ultra Panavision 70mm film format, the dream format of every film nerd everywhere thanks to films like Ben-Hur and Lawrence of Arabia, allowing the film to indulge in huge landscapes and technical framing. It’s scored by Ennio Morricone, the composer of every great Spaghetti Western including, most famously, The Good, the Bad, and the Ugly. It brings back a number of older actors, and actors that Tarantino can’t stop working with, including Kurt Russell, Jennifer Jason Leigh, Samuel L. Jackson and Michael Madsen. It’s a big, mean, dirty, violent, weird Western that indulges in equal parts long spirals of duplicitous and clever dialogue and bursts of insane and stylized violence.

In other words, it’s so clearly everything Tarantino has always wanted to make and everything that only Tarantino could make. He so often seems blinded by the fact that he gets to make something that he’s wanted to make that he seems to have trouble understanding what the film needs to be. The Hateful Eight gets bogged down in its filmmaking details.

It’s got the least sense of overt purpose of his films, at least on first view. Especially in the first half, when it’s laying down the framework, the film feels draggy, due to the slow burn that doesn’t have an overtly obvious purpose.

It’s structured as a slow burn into one of the intense and twisting series of explosions of violence and psychological warfare that Tarantino has ever crafted. The tension is damn near suffocating at points and every release seems to tighten the screws further, every moment drags you further into the snowy hell Tarantino has created with this film.

Much of that is thanks to that 70mm photography, which became utterly important as a selling and marketing point for this film. It imbues the rare outdoor scenes with a sense of beauty and grandeur and it perfectly frames the indoor scenes. Every shot is given that little extra bit of width and that little extra bit of depth that really allows for a creativity and a clever selection of details that helps to tell the story in a way few others could.

And every actor in this thing is incredibly game and eminently watchable.

Samuel L. Jackson, as Major Marquis Warren, returns for his sixth on-screen Tarantino appearance and no one else feels more natural with Tarantino’s words and worlds. There’s an effortless confidence to his performance that gets the job done as the closest thing we have to a POV character.

Kurt Russell as John Ruth plays an effortless parody of the John Wayne badass by exposing how much of a real mean bastard someone like that would be. But far more interesting is his cargo, Jennifer Jason Leigh’s Daisy Domergue. It’s not as though she’s a conflicted character, her particular joy in the suffering of the men around her is well-earned but also indicative of deep disturbance. She plays it like few others could have, making you sympathetic for someone who hasn’t earned it.

Stealing the show for me, however, is Walton Goggins’ Sheriff Chris Mannix, a character with the deepest and most well-played arc in the whole of the film. Goggins continues to prove his character actor bonafides by imbuing a legitimate sense of surprise in seeing Mannix start to change and turn around and understand himself over the course of the film. He’s fascinatingly complex in ways you wouldn’t imagine at the beginning, the mark of a great character played by a great actor.

The Hateful Eight is a film that catches you off-guard. It’s not what you expect, and it’s possibly not quite what it needed to be. Tarantino is absolutely a little too caught on what he’s crafting to figure out what he’s creating, and it leaves the nearly three hour film wandering in the cold for brief periods. But that doesn’t matter for the viewer and for the experience. For the viewer, this is a well-crafted and absolutely intense experience that shows the powers of a cinematic master at their height.

This review is based on the 70mm roadshow version. 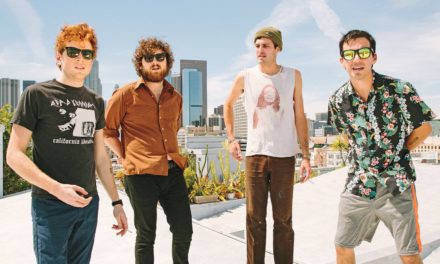 FIDLAR Brings Back Punk at the Masquerade

‘Courtenay’s Cabaret: Home for the Holidays’ is Pleasant, Friendly 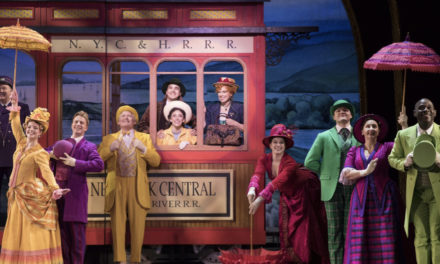