The Final Lesson: An Ode to Professor Strahan 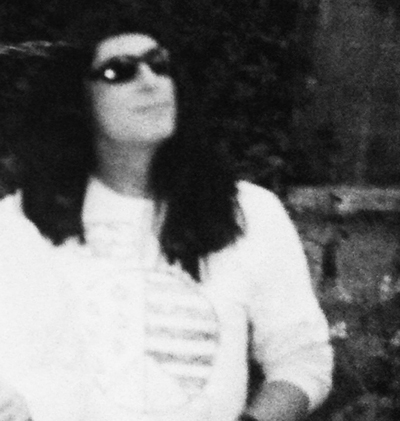 I’ll never forget the day during my sophomore year when I realized a professor could have a sense of humor. Not one based on puns about accounting or obtuse references to Welsh history, but dare I say it: “college humor?” It was a hot summer afternoon at University College, Oxford in 2001, and my study abroad contingent was gathered in a courtyard for an afternoon “fancy dress” party. Professor Randall Strahan, who led my British politics class, dressed in a terrible long, black wig and sunglasses, posing as a collegiate Bill Clinton. I admit, I had put Strahan on a bit of a pedestal that summer, impressed as I was by his vast knowledge of American and British politics. And there he went, knocking himself off that lofty perch. I admired him even more for it.

I owe a lot to Strahan, who later directed the Political Science honors program my senior year, and sat on my honors thesis committee. You see, I nearly crumbled writing my honors thesis on such a broad-reaching topic as global HIV/AIDS policy under the George Bush Administration. My end product was more than 100 pages of legislative and historical analysis. And for all those sleepless nights and countless tears, I didn’t receive the honors designation I had hoped. I felt cheated. I also felt like a failure.

But when I saw Strahan after the honors ceremony, I was surprised to hear him say he was proud of me. He knew what I was tackling was hard and valued the fact that I wasn’t afraid to dive in all the same. And I knew, somewhere underneath my then sense of entitlement and immaturity, that I had a long way to go in refining my research and conclusions. I also knew that I could have chosen an easier subject, or not done original research or been very conservative in my approach. I could have chosen to let things slide a bit my senior year and not done much of anything at all.

As the minutes leading to graduation ticked by, Strahan’s final lesson began to hit home. I shouldn’t be afraid to be humbled in seeking knowledge. It’s alright to be wrong, not ready yet or at an impasse. The important thing is not to let a disappointment become a judgment about yourself or your quest for learning overall.

While I learned a great deal of information, theories and practices at Emory College, Strahan helped me gain a little more wisdom. He truly will be missed.

Paige Rohe is an alumna (’04C) from Atlanta, Ga. She is a previous Wheel columnist.