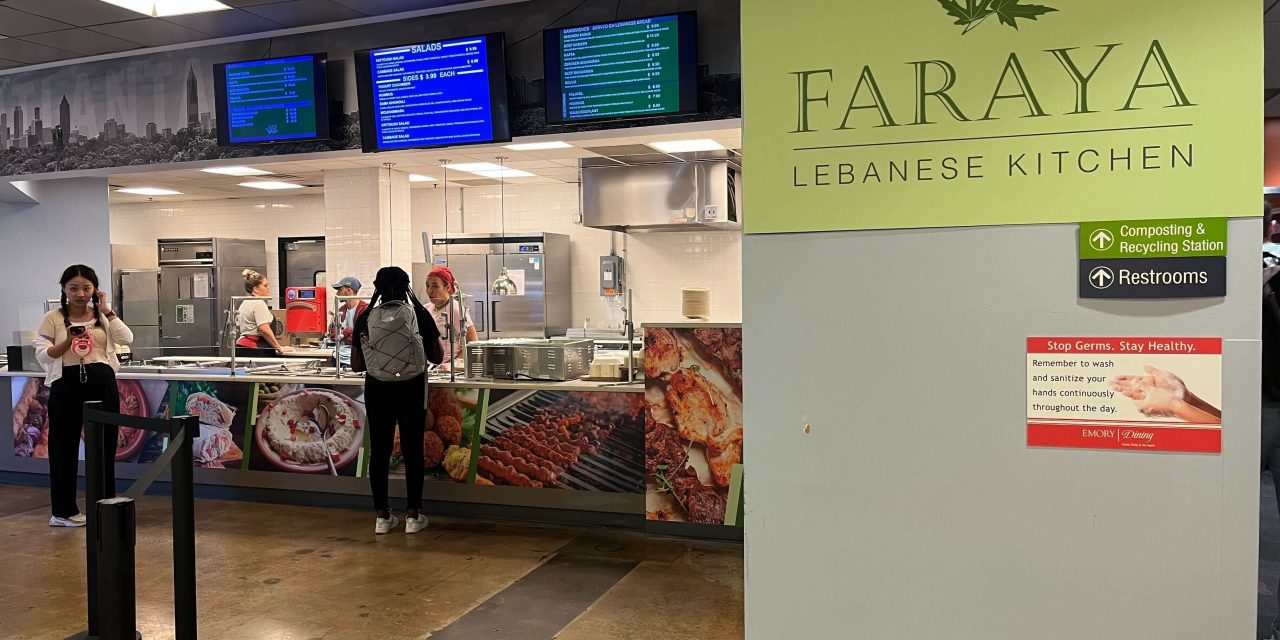 The new boba addition in Cox Dining Hall, Nom Station, caused a flurry of excitement amongst our Wheel editors. But everyone failed to mention Faraya, the new Lebanese restaurant that had taken over Maru’s former Cox Hall location. It deserves just as much appreciation for the veggie loaded meals and affordable prices.

The novelty of Lebanese cuisine at Emory was a welcome change and perhaps one of the most appealing factors that drew me to try the restaurant in the first place. Faraya’s menu was a nice shift from the carb-heavy Twisted Taco and the overly-filled rice bowls from Maru. Don’t get me wrong–they’re both great places to eat–but there’s something about the rich seasonings and options at Faraya that put it on top.

The Faraya station offers three main options: sandwiches, platters and rice bowls, in addition to a number of side dishes. For each broad category, you can choose a protein–either beef, chicken, falafel or cauliflower and eggplant. Meals cost somewhere between $7 and $12, which is pretty reasonable for the amount of food you get. While I haven’t tried the side dishes, I did see hummus and baba ghanoush on the menu, which I look forward to inhaling the next time I eat there. 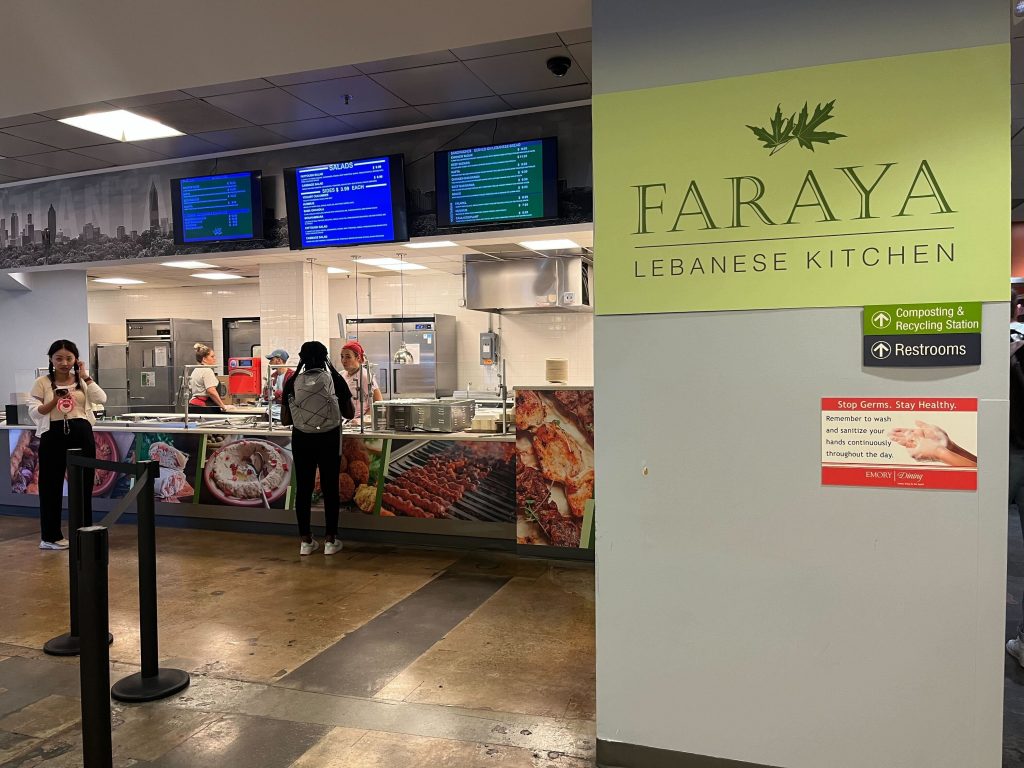 For my first meal at Faraya, I tried the beef shawarma sandwich. It’s a thin pita wrap layered with onions, parsley, pickles, tomatoes, French fries and a nutty, herby sauce. All ingredients in the sandwiches, platters and rice bowls are customizable; just let them know what you prefer to leave out before they start preparing your meal.

While I loved the beef shawarma sandwich, I prefer the cauliflower eggplant rice bowl and would eat it every day if I could. The bowl contains a  generous amount of cauliflower and eggplant, and the higher ratio of veggies to rice ensures you are not left with only rice by the end of your meal. Furthermore, the sweetness from the tomatoes adds another dimension to the richness of the sauce and eggplant. I leave out the parsley and pickles due to pickiness, but I’m sure they would enrich and lighten the meal even more.

The addition of Faraya came through student feedback and community outreach. As a result, Bon Appetit successfully collaborated with Faraya to join our dining hall.

“We are excited for the community to try Faraya and welcome any and all feedback to further enhance dining on campus,” said Chad Sunstein, Senior Director of Emory Campus Dining.

All in all, Nom Station might be the ideal late night craving for boba, but Faraya is the true star of Cox. How can you say no to fried cauliflower?

Faraya is my new Cox Hall obsession, and it should be yours too.