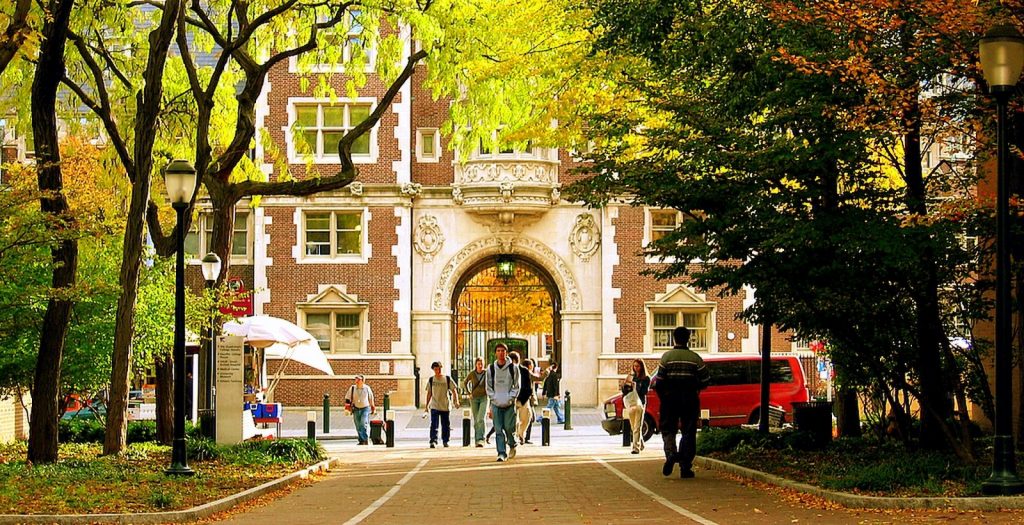 Under the scorching July sun in Kentucky, one of my high school friends who decided not to go to college jokingly asked me, “So what y’all even do in that rich kids’ school?” I responded with a sarcastic laugh and returned to baling straw. But I wondered if people outside of higher education — like Sam, who was saving money to hike the entire Appalachian Trail instead of going to college — perceive it as a hub of privileged students.

During the 2019–20 academic year, public two-year community colleges accounted for about 35% of all college enrollments in the United States. What is worth noticing is that the new lower-tier colleges all had one thing in common — they focused on preparing students for immediate entry into low-level white-collar jobs, which did not help those students reallocate their social positions. However, low-income students continue pouring into these lower-level institutions, as dependent students who are in poverty have doubled from 13% in 1996 to 27% in 2016 at community colleges. Afterall, the new lower tier of American higher education created by the system did meet the increasing educational demand from the less privileged but did not help students from lower-income families climb the social ladder.

Compared to less selective colleges, elite universities provide even less mobility for students due to their selectiveness. San José State University (Calif.) (67% admit rate), a nonselective regional state university, tops the other two biggest name universities in the area, Stanford University (Calif.) (5.2% admit rate) and University of California, Berkeley (17.5% admit rate), for the most alumni now working tech jobs at Apple. Additionally, California State University campuses admit as many community college transfers every year as they do freshmen, which means a great portion of students from community colleges also have access to jobs at major tech companies. These two lower tiers of higher education (community college and major public research universities) contain 77% of all undergraduates. The benign narrative is that people from lower tier schools can also get a high-paying job without attending one of the top 1% schools, but people tend to ignore that the system is extraordinarily stratified and unequal, with different levels of higher education offering dramatically different prestige, admit rate and opportunities. Private elite universities allocate limited access to students through their opaque admission process. With a lower admission rate, these highly selective institutions work as a gateway to prevent many students from getting the best but limited resources and opportunities to get ahead or stay ahead. Unfortunately, students who cannot enjoy such resources are often those from lower-income families who are most in need of these resources to obtain social mobility but do not have a clear understanding of the admission process.

Even for some students from lower-income families who do have access to higher education, they still do not succeed in moving up the social ladder because they do not know how to utilize the resources that higher education provides them. Students who grow up with middle-class norms usually feel comfortable exploring situations with professors. Although they may not have been born into families with connections, they view adults as facilitators of their academic, social and professional goals and learn how to connect with them. I am one of them. Facing those authorities, I had no fear of seeking life advice and guidance from teachers outside of academics. At the McCallie School (Tenn.), the private boarding high school I attended, interactions between students and teachers beyond classroom settings are encouraged. These interactions are only possible in a private institution where a cohesive community is worshiped. This gave me the courage to converse with authorities without concerns, which is an important asset at college. In contrast, predominantly working-class students perceive professors as authority figures rather than resources to seek help. College, for them, is focusing on attending lectures, completing assignments, and taking tests on their own. Success in those students’ own words, should be “based on hard work” instead of being a flatterer. However, keeping those values learned at home will cause them to miss opportunities like job offers or research programs that usually are found through connections made with professors and can help them move up the social ladder.

Overall, higher education as a tool for social mobility becomes meaningless without equal access. Usually, however, entrance into higher education is predetermined by social advantages or cultural capital that students have but do not earn on their own. According to Associate Vice Provost and Dean of Admission John Latting, test-optional choice from last year opened up the applications to students from low-income backgrounds. The correlation between the increase in applications from low-income students and test-optional choice implies something crucial to be uncovered.

Scores on tests like the SAT and ACT were first designed for colleges to select students. In reality, high and low scores are another form of indication of economic status because students who start from a higher social-economic position have “unlimited” resources to aid them to score higher on the tests. In contrast, those who do not have the same amount of resources are limited to getting lower scores, and therefore, educational zones with fewer resources. The probabilities of moving up in the system are inevitably low as well.

Despite all these challenges, the lower class still tries to climb up the social ladder by using higher education as a stepping stone, but the privileged will always invent ways to stay on top. Ultimately, when people are all trying to compete for the same limited resources, having losers and winners in the higher education system suddenly becomes justified. As long as there is competition, the constant tension over whether higher education does provide enough access and social mobility for people from different classes will never come to an end.