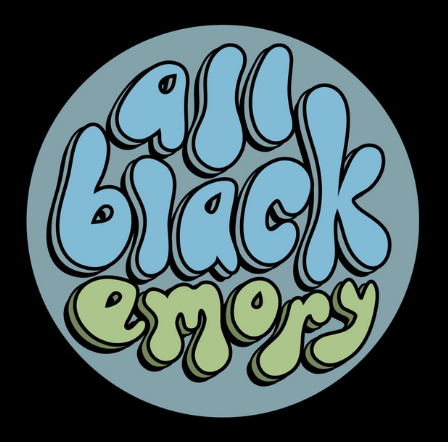 “All of this is … unfiltered. It’s unedited. This is just us being us.” That’s Ronald Poole II (23C), student adviser of All Black Emory (ABE), describing the essence of the club’s new podcast.

“[The podcast is] outside of the context of professionalization and respectability,” he said. “It’s talking about things that are important to us in the ways that we see fit.”

(Courtesy of All Black Emory on Spotify.)

The podcast, which launched in March 2022,  serves as an honest discussion space for Black students and community members at Emory. Following the release of its first episode in March, ABE is preparing for a productive semester and continuing to foster a close community.

Executive Producer Jada Oriahi (24C) said she hopes the creation of a podcast will broaden the club’s mission to create a safe space for dialogue about Black students’ experiences on campus.

“With the podcast, people from all over the world are able to hear it as well and also share their experiences too, so make even a bigger community in that regard,” she said.

ABE posts audio and social media content for current and prospective students, parents and members of the greater community to listen and view. The podcast is available for streaming on Spotify and Apple Music.

“I remember when I was looking at Emory, I didn’t know that much about the Black experience there,” Oriahi said. “The podcast is to help people, whether it’s parents or new students, that are just finding a place and community at Emory.”

ABE released their  second episode, “The End is Only the Beginning,” in May and featured three executive board members—Oriahi, Poole and Kennedy Baskin (22C)—reflecting on their 2022-23 academic years.

The podcast is conversational and personal, with participants sharing their firsthand experiences navigating the University as Black students and discussing challenging topics like impostor syndrome.

In the second episode, Oriahi shared that, after being accepted to Emory, someone told her she only got in because she was Black.

“I remember that really stuck with me, and it was kind of hard dealing with that because I felt like I didn’t belong at this space,” Oriahi said in the episode. “However, getting to know the Black community on campus was really helpful for me and knowing I do belong and I do have a space here in the community.”

Oriahi said that space for them was ABE.

Poole cited Being Black Emory (BBE) as an important predecessor to ABE. BBE was a student organization that posted YouTube video podcasts in 2019 to create a discussion space for Black students at Emory to talk about issues that were important to them. While the club is no longer operating, its student panels inspired ABE’s initiative, Poole said.

Oriahi said the club plans to release one or two episodes per semester, and listeners can expect another episode in late September or October.

Educational posts on the club’s Instagram will expand on topics discussed on the podcast. Some of ABE’s previous educational posts offer detailed information and images to inform followers about Pride Month, Black History Month and the International Day of Remembrance of the Slave Trade and Its Abolition.

One of the executive board’s primary goals is to bring in voices and aspects of the Atlanta community as well as Emory. Oriahi said they’re looking for students, professors and “anyone who’s willing to talk for a bit” to make a guest appearance on the podcast and share their stories.

Poole emphasized the importance of discussing issues that matter to Black students.

“All Black Emory is one of those quintessentially ‘for us, by us’ spaces,” they said.

With the goal of expanding the involvement of Black students in ABE, applications for the club’s Executive Production Team are currently open on a rolling basis.

“It’s a very supportive environment, and it’s kind of like a family and everything: a very safe space,” Oriahi said.

In order to facilitate interpersonal connections, ABE will host another event in late September in the Barkley Forum for its Table Talk series, which is designed to foster a safe environment where students can talk about their experiences. Oriahi said issues discussed on the podcast may carry over into Table Talks to continue the conversation.

Poole said ABE is more than just a podcast, and he hopes it encourages students to engage with their club.

“[All Black Emory] is talking about things that are important to us in the ways that we see fit,” they said. “It’s just a necessity in the context of living in a predominantly white environment.”