After the inauguration last month, the popular narrative surrounding President Obama’s speech was that he had laid out a particularly liberal vision for the country.

Democrats were quick to jump to this conclusion as many have waited four years for this aggressive push for legislation. Republicans also embraced this perception, because in their far, far right alternate reality, the speech might have actually been distinctively liberal.

But the reality is that Obama’s remarks then, as they were last Tuesday, are simply an example of common sense and practical governing.

The talking point shouldn’t be the degree of how liberal his vision is, but rather its focus upon a positive, long-term trajectory for the nation.

The benefit of a State of the Union address, as opposed to an inaugural address, is the shift away from broad brush strokes in exchange for a concise argument for the year ahead. And in the speech, President Obama called upon a host of ideas to help grow the economy and strengthen the middle class, which in his words should be the “North Star that guides our efforts.”

Such ideas for smarter, not bigger, government include: improving education by extending preschool to all American children, giving high school students skills and job training and giving federal funding to universities based upon affordability and value.

The speech also included the need to restore infrastructure by creating a “Fix it First” program amongst states to repair bridges and roads.

Obama cited Caterpillar, Ford and Apple’s move to return manufacturing back to the U.S. as a model for being a “magnet for jobs.”

The president cited the Human Genome Project, in which every dollar spent yielded $140 to the economy to help show that policy and investment can help grow the economy and help the country prosper.

Perhaps the biggest misconception about government is that it has never created a job, which is an opinion that many members of Congress share, but it is absolutely false.

Or they rely on ideology as the parched Marco Rubio did in his Republican response, in which the only way government helps the country grow is by cutting taxes – the only solution the party has to the nation’s problems, and a short-term gimmick at that.

Whereas Winston Churchill accurately said, “We contend that for a nation to try to tax itself into prosperity is like a man standing in a bucket and trying to lift himself up by the handle,” President Obama’s declaration that “we can’t cut our way to prosperity” and his call for a smarter government, not a bigger one hold equally true.

But unfortunately, such collective commitment to scientific and private-sector innovation is long overdue and needs to be implemented now.

An example of the need for a smarter, not bigger government in our time is fighting climate change. After the federal government approved the $60 billion price tag for Hurricane Sandy relief, one would think that a simple cost-benefit analysis would favor spending money to reduce the effects of climate change, not to mention creating jobs, opposed to spending billions of dollars after each natural disaster – a course that will continue to become more costly.

Even simple ideas like policy designed to help families refinance their home mortgages put more money in the pockets of Americans, which is the same result of the tax cuts that Republicans covet, but without the disadvantage of adding to the national debt.

Or consider the president’s proposal to enact a $9 federal minimum wage and tying it to inflation.

Such action would not only increase earnings for families, but also lift millions from poverty and save money on welfare.

Nowhere in the 2013 State of the Union address was there a prescription for big government, but rather a recognition of the potential for it to help meet the needs of today where it can.

While the specifics of the speech were ambitious and will meet opposition in Congress, President Obama made quite the case for a smarter, more efficient government – one that the United States has needed to hear for some time and one that will be even more necessary in the years ahead.

These progressions sound pretty smart and efficient to me.

Ross Fogg is a College junior from Fayetteville, Ga. 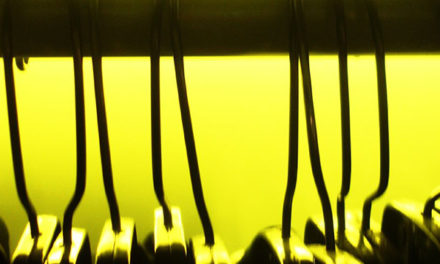 A New Hope for Non-Traditional Students