Letting Go of the Wheel 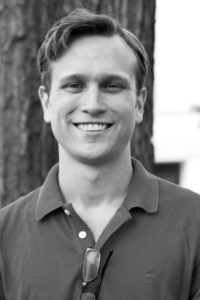 Most editors go out with a final word. Mine is this: I believe more now than I did when I became the editor-in-chief of the Wheel in telling the truth and in the rights of newspapers and other media to report what happens.

It’s a simple concept that becomes complicated when people who take public action or who hold positions of power do not want their behavior reported. If the press were to meet those wishes, you could do whatever you wanted, whenever you wanted, without any fear of repercussions.

I’m convinced that the fate of the republic rests on the idea that everything that is public should be covered and that nobody has any right to hide behind something. Over my time as editor of the Wheel, the most discouraging characteristic of this campus was that far too many people seem to think that should not be the case.

Emory isn’t alone in that mindset. A 2015 Pew Research Center study found that four in 10 millennials would support government prohibition of speech deemed offensive to minority groups. While well-intentioned, that’s a far cry from the open discourse our forefathers envisioned with the First Amendment. It’s further yet from former U.S. Supreme Court Justice Louis Brandeis’ words, which I probably quote too often: “Sunlight is said to be the best of disinfectants.”

In the last year, the Wheel has made a significant contribution to the debate over free speech at Emory. My staff worked tirelessly in pursuit of the truth. The strangest story I encountered here fit so well into our country’s debate on free speech that it landed me on two national TV broadcasts.

Around this time last year, students awoke to pro-Trump slogans written in chalk around campus. The authors had broken a rule on a technicality; they had written not only on sidewalks, but also on vertical walls. When about 40 students gathered in front of and inside the Administration Building to request action, the Wheel sent reporters. That’s what newspapers do.

You would expect such a movement to want coverage. And the protesters did, except some demanded control over the Wheel’s handling of the story. One of them claimed the Wheel could not use any of the photos we took unless he was allowed to screen them for students who didn’t want to be associated with the protest. We did not agree, and leaders of the protests called for other protesters to refuse interview requests from the Wheel. When we named one of the students as the leader of a chant at a public event, he went so far as to make now disproven allegations about our coverage to a Washington Post reporter.

I don’t know the genesis of the idea that you don’t need to take responsibility for your actions. The internet, with its possibilities of anonymity, is a potential culprit. No matter, it is difficult to take seriously any position you’re unwilling to put your name behind.

In a letter from the editor, I empathized with the protesters, but I defended the chalkers’ right to express their political views — although they hadn’t taken responsibility for their own speech.

That is, and should always be, the position of a newspaper, college or national. From what I see, now in the third person, the Wheel’s attitude toward speech has not changed. But the campus’s attitude toward responsibility and coverage hasn’t improved.

Since my term as editor ended, my concern about this issue has grown. When the Wheel wrote about an indisputable news event — a Student Government Association candidate plagiarizing chunks of her platform from one of last year’s election platforms — the paper was criticized on social media for being too harsh. Worse yet, an administrator requested a meeting to “mediate” between the Wheel and the subjects of the fairly reported story.

Our republic has flourished because of a well-informed public. President Donald J. Trump’s extreme attacks on the pillars of journalism in this country come at a time when we need truth more than ever, a time when an entirely fictitious story about Hillary Clinton running a child-trafficking ring out of a Washington pizzeria can go viral.

Emory hasn’t been plagued by such conspiracy theories, and my successors at the Wheel have been vigilant. In the face of criticism, they have continued to report, as they did last month when the paper broke a story about Student Programing Council being scammed for thousands of dollars by a fraudulent third-party booking agency.

I was lucky to run the Wheel at a turbulent time. As the waters settle — or don’t — I am confident future editors will maintain the same dedication to free speech and the rights of the press that I had. For everyone else, you can’t hide behind the fact that you’re a college student. You should protest when you feel strongly about something; powerful political movements have grown and will continue to grow from college campuses. You should run for a student government position; we need great student leaders at Emory. But if you do, expect a Wheel reporter to be there, pen and notebook in hand, to hold you accountable and give you credit. For better or worse, you need to be prepared to take responsibility for your actions.

Zak Hudak is a philosophy major from Pittsburgh, Pa. 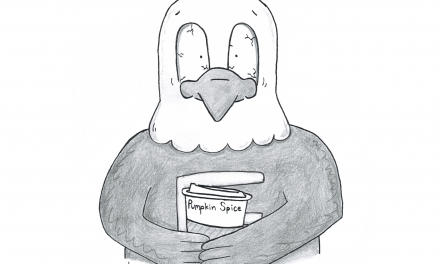