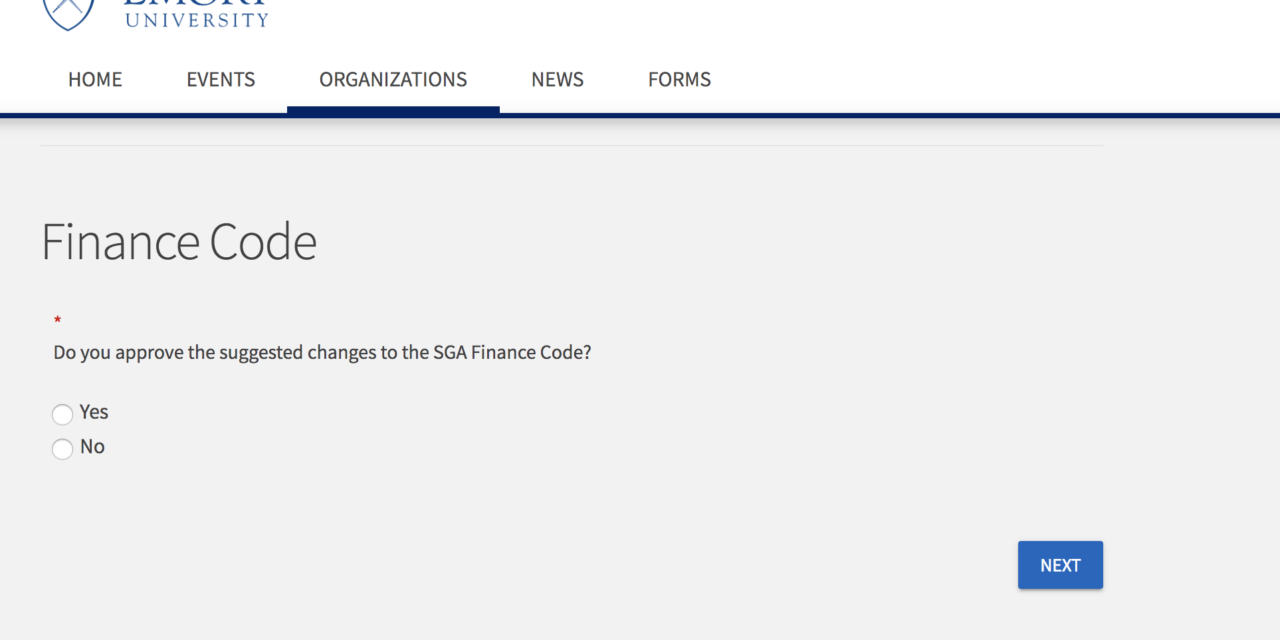 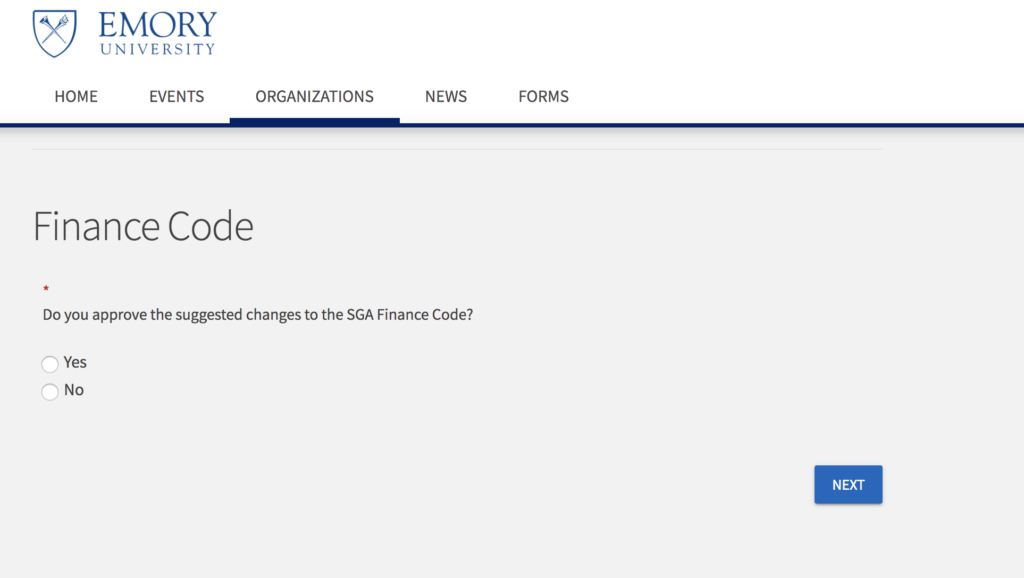 Pictured above is the binary “Yes” or “No” ballot for the multi-part Nov. 20 referendum, with little contextual information about other reforms.

Last week, the Student Government Association (SGA) passed a referendum to raise the Student Activity Fee (SAF) and amend the Finance Code. However, the success of the motion’s passage shouldn’t distract from the procedural failures of its ratification. There were many hiccups along the way — such as the late Town Hall email and convoluted links — that caused significant confusion and hindered efficiency.

The ballot was not formatted clearly and lacked proper contextualization within the email notification. Instead of summarizing the proposed changes to the Finance Code, the email provided students with links to several limited documents that only briefly mentioned the SAF. The documents focused on broader changes to the Finance Code that SGA did not explain to the student body. The ballot included a single question: “Do you approve the suggested changes to the Finance Code?” Vague choices of  “yes” or “no” meant that students who wanted to vote to increase the SAF also voted for other amendments the Finance Code. Many of the more detailed policy changes were not publicized prior to the referendum, inciting concern that SGA is not being transparent about the changes. The absence of more publicity about the referendum, either by SGA or by other student groups, was complicit in the misrepresentation of the vote. Even if other changes to the Finance Code were ornamental at best, it still would have been important to clarify the distinction between them and the SAF increase. Combining all of the changes votes into one vote prevented people’s ability to disagree with parts of either reform. SGA should, in the future, lay out each part of the referendum.

A lack of information is also misinformation, and SGA neglected to make up for their communication lapses. SGA made its most overt blunder when it failed to hold an additional Town Hall meeting after students received the email notification for the meeting three hours after it began. While the late delivery of the email was not SGA’s fault, SGA could have mitigated the problem by quickly scheduling another meeting after it became aware of the mistake. In the future, SGA should immediately reschedule any Town Hall meetings that are not communicated to the student body in a timely manner. The organization should also ensure that documents are as clear and concise as possible, and should consider making more informative videos on the various other parts of the referendum in accessible language.

While SGA’s measures to educate the electorate have historically fallen short, the website and video they created to inform students about the SAF are evidence of their good intentions. There is clearly sufficient will on SGA’s part to inform students and encourage them to participate, but for now, their actions don’t live up to that ideal. SGA oversimplified the content of their proposal by diverting all the attention to the SAF rather than addressing the other changes proposed in their referendum. Further email delays are inexcusable, especially since such confusing communications contribute to a general mistrust of SGA’s transparency. SGA must continue to work toward stronger transparency and communication with the student body, otherwise they risk jeopardizing honest elections.

While SGA’s SAF raise could help secure financial safety for many campus clubs, their attempts were overshadowed by a lack of reliable and accessible information. A lack of information is still misinformation and can critically endanger future elections on campus if the precedent of omitting information from the ballot persists. SGA should make honest attempts to engage in dialogue about transparency when writing future ballots. Punctual emails and clear wording may not be as flashy as a custom website, but they are imperative if SGA wants to maintain students’ trust. If SGA is concerned about the vitality of informed participation in elections, they should do their best to educate the student body.

A New Hope for Non-Traditional Students

Our Opinion: ‘Open’ Doors To Education