Dania Quezada (19C) has been selected as the class orator for the 2019 Commencement Day.

Quezada, who is double majoring in philosophy and classical civilization, is a Scholars fellow in the Emory Scholars Program, president of Emory QuestBridge Scholars and founder of the campus organization Undocumented Students of America (USA).

“I think this is an honor of a lifetime, and I hope to prove myself worthy of it,” Quezada said.

Quezada, an undocumented student, said she believes she was chosen because of the unique perspective she will bring to her speech.

“I think I am going to bring light to a part of Emory’s history that a lot of people don’t know about but should,” Quezada said.

Quezada plans to speak on the topic of immigration to the United States.

In 2016, Quezada wrote an op-ed in the Wheel about U.S. immigration policies. In the piece, she posed the question, “what do we do make of young immigrants like me who were brought to the country as children, long before we could consent to the act or reason about its consequences?”

She said that immigration is a multifaceted issue and that President Donald J. Trump has blamed many of the country’s issues on immigrants, yet noted that her views may not be universally shared.

“What I wrote about in the op-ed — these issues having to do with immigration, specifically DACA — are difficult, and not everyone agrees with the stance I take or my background and that’s okay,” Quezada said. 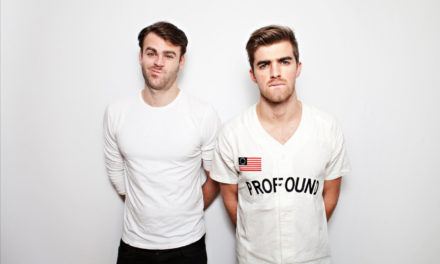 The Chainsmokers to Headline Dooley’s Week