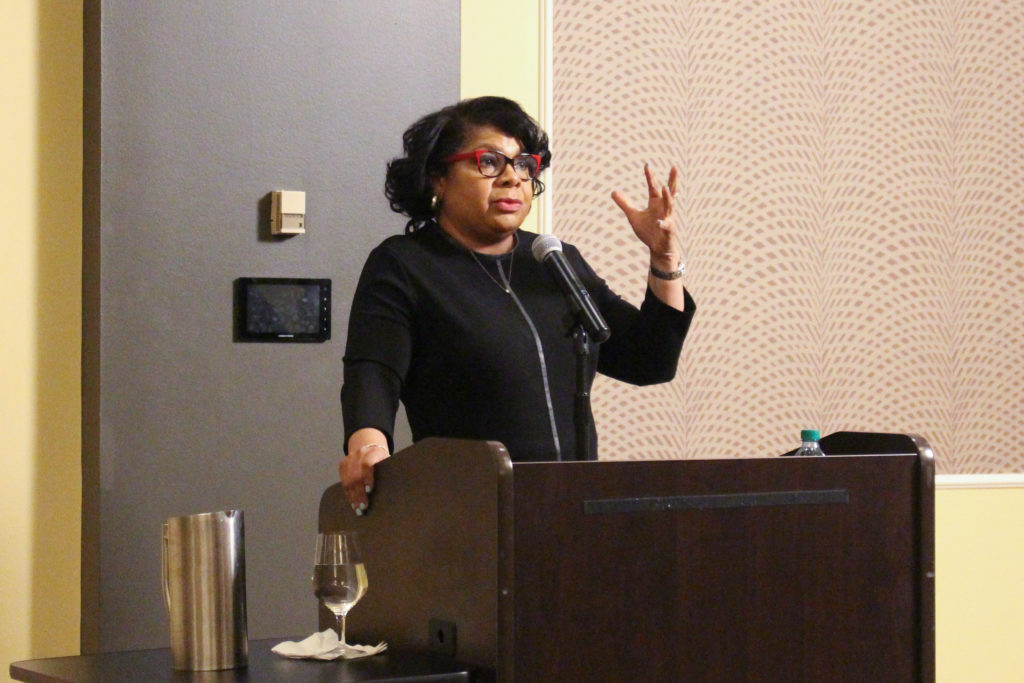 April Ryan, the sole black female White House correspondent since the Clinton administration, discussed racism, social justice activism and her relationship with President Donald J. Trump to an audience of around 50 students and faculty members on April 2. Ryan was the keynote speaker for the annual Grace Towns Hamilton Lecture, sponsored by the Department of African American Studies.

A White House correspondent for American Urban Radio Networks and political analyst at CNN, Ryan spoke about her strained relationship with Trump and his press team, which has led to several verbal altercations with White House Press Secretary Sarah Huckabee Sanders.

In November 2018, Trump called Ryan a “loser,” saying she “doesn’t know what the hell she is doing.” Trump also refused to answer Ryan’s questions about voter suppression and asked her to sit down at a Nov. 7, 2018 press conference.

Ryan said she had a much better relationship with former President George W. Bush, who was willing to engage her in more open and respectful conversations about race in America.

Despite difficulties reporting on the Trump administration, Ryan said she continues to work as a correspondent because important activists, such as Harriet Tubman, Martin Luther King Jr. and Rep. John Lewis (D-Ga.), sacrificed their quality of life to allow her to have a position at the White House.

“If not for them, I would not be in the White House … daring to [question] sitting presidents,” Ryan said.

Ryan also noted that, regardless of political affiliation, the topic of race will always remain relevant in politics.

“When you don’t have people consistently and persistently questioning and marching, change is not going to come,” Ryan said.

When asked about a decreasing trust in the media, Ryan said both news writers and readers should value truth and critical thinking.

“There are people who believe what the president is saying [about fake news] … and not critically thinking,” Ryan said. “The only way we can fight it is by telling the truth.”

Director of Undergraduate Studies and Senior Lecturer in the Department of African American Studies Michelle Gordon said she was inspired by Ryan’s speech.

“[Ryan] was very honest and inspiring and challenged us in a lot of ways,” Gordon said. “I, of course, love that she promoted critical thinking as one of the key answers to our social ills.”

Sanhitha Raghuveera (22C) was moved by Ryan’s experiences as the only black woman reporting on the White House for decades.