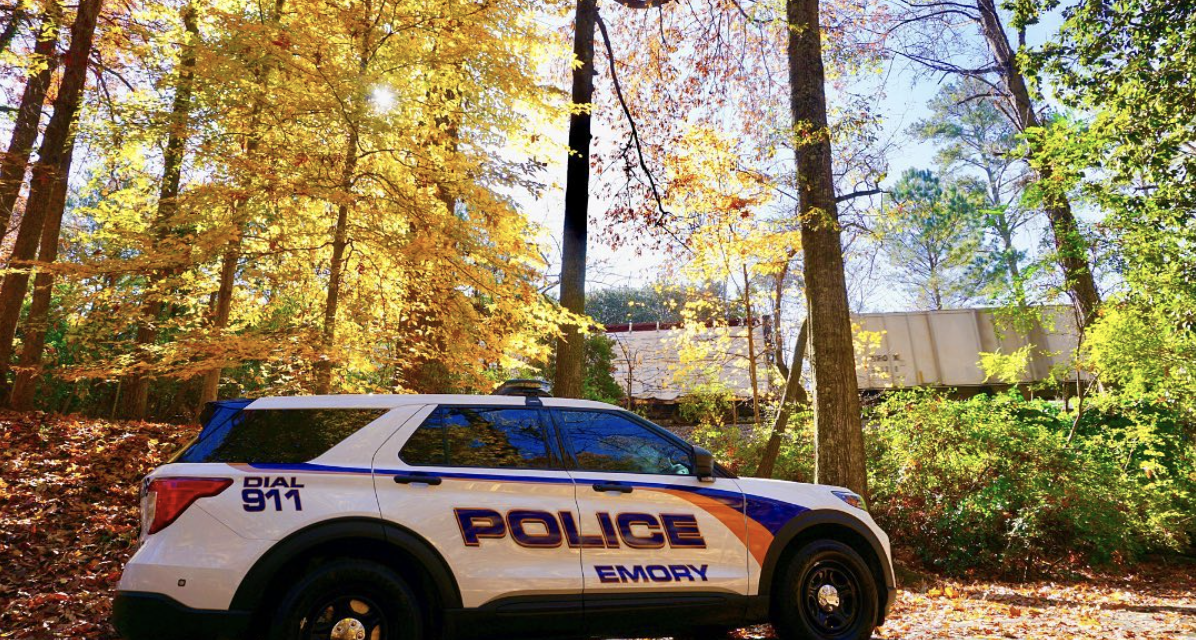 Emory University Police Department (EPD) Chief Cheryl D. Elliot apologized in a May 5 statement for any confusion caused by a University tweet stating that an “active shooter” was on campus. The tweet, which has since been deleted, was released at 11:41 a.m. as the first in a series of updates prompting students to shelter-in-place for over two hours on May 5.

“There was no active shooter,” Elliot wrote. “There were concerns of a possible armed subject on campus.”

Students on Emory’s main Atlanta campus had to shelter-in-place, putting the move out process on hold, after a Druid Hills High School student was believed to have fled to Emory with a gun. Although it was not known at the time, the student did not have the weapon while on campus, according to the Atlanta Journal Constitution (AJC).

Druid Hills High School went into lockdown just after 10:30 a.m. when students alerted administration that their classmate may have had a gun. Police officers cleared the high school around noon, but could not locate the suspect. They learned that he had likely fled to a nearby park or woods, and attempted to track his phone location.

The police realized the suspect may have fled to Emory’s campus shortly before noon, forcing University students to shelter-in-place and prompting the initial tweet.

In its entirety, the deleted tweet stated that “Emory Alert: Active Shooter reported on Emory Main Campus. Police responding. Details to follow.” However, at 11:57 a.m. — 16 minutes after the original Tweet was posted — Emory sent an email alert to students calling the suspect a “possible armed subject,” noting that police were on the scene at Druid Hills High School. 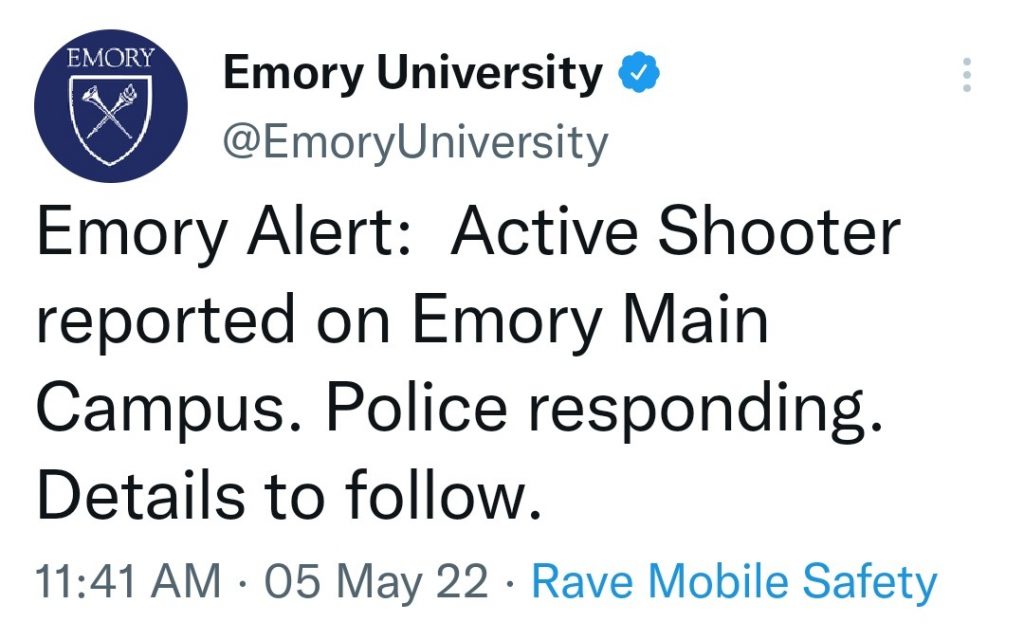 The initial tweet by Emory University alleging an “active shooter” was on campus. The tweet has since been deleted.

The original tweet was deleted shortly after, and at 12:08 p.m., the University tweeted “Emory Alert Police are on scene at Druid Hills HS. Possible armed subject on Emory Campus Shelter in place. We do not have an active shooter on campus.”

Emory did not tweet a clear correction stating that the original message was inaccurate in its description of the suspect.

The University kept students updated through Twitter, text and email. Emory posted five tweets between 12:46 p.m. and 2:18 p.m. saying “Latest Update: Continue to shelter in place, stay in buildings at Druid Hills campus until an all-clear is announced.” Students were not told information such as where the suspect was or if Emory police knew his identity.

An all clear was issued at 2:21 p.m., allowing students to stop sheltering-in-place.

Although it was not communicated to students, the AJC reported that the suspect, who is a minor, was taken into custody by University police on campus shortly before 4 p.m. He did not have a gun at the time, but admitted to having one earlier and helped police recover the weapon in the woods near North DeKalb Mall about half an hour later.

Elliot noted in the statement that Commencement and other routine activities will continue across campus this weekend.