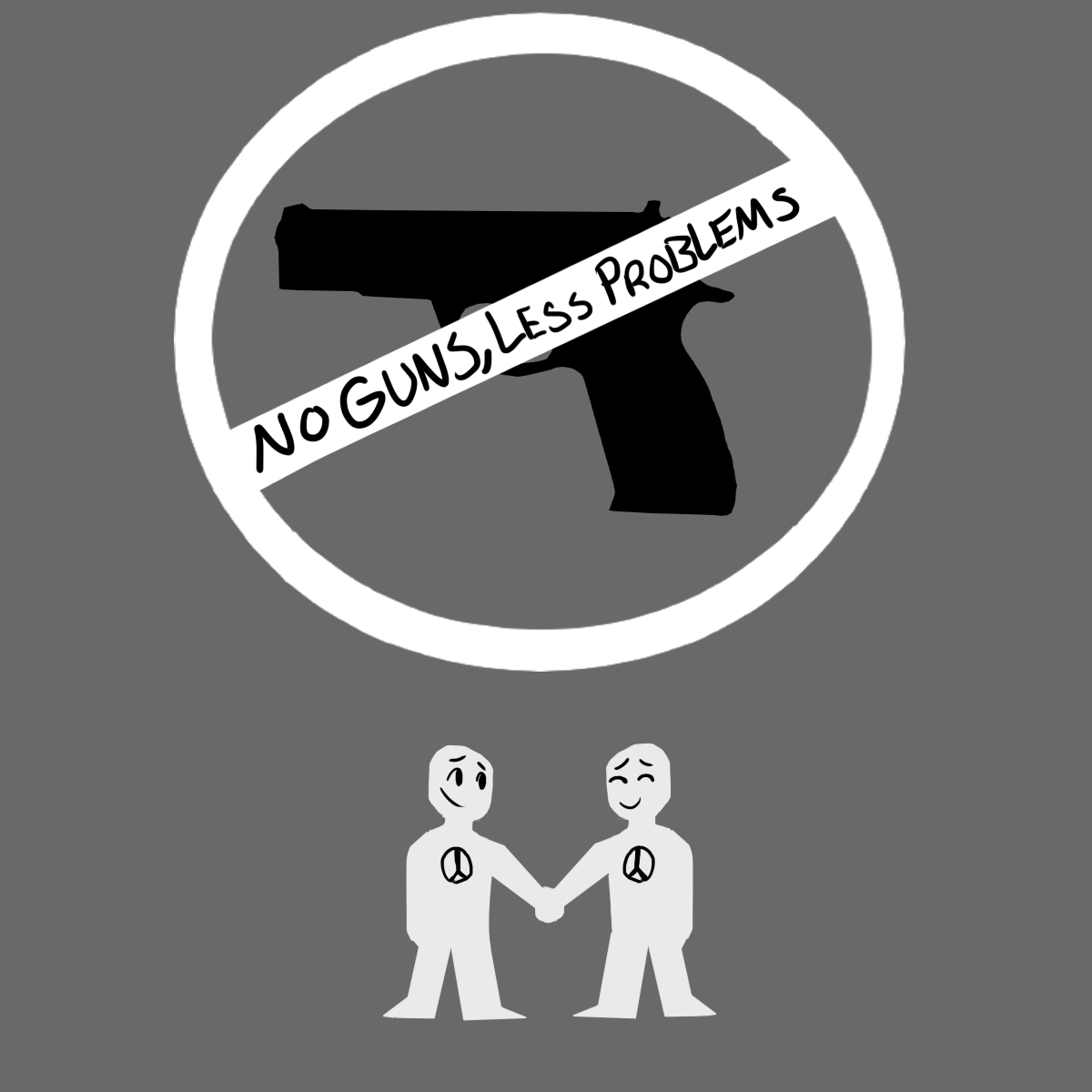 It’s official. The Senate has failed us.

Gun-control legislation aimed at curbing the tide of gun violence was always thought to be a long shot, with a slim chance of ever passing the House of Representatives and its Republican majority. Unfortunately, this still seems to hold true: The bill may never grace the floor of the lower house of our government.

The reason? In the United States Senate, 46 is a big enough number to block legislation. Even when 54 vote in favor of common sense gun regulation.

The facts are these: Gun violence is a radical and upward trend in our country. It led to the passage of an assault-weapons ban in 1994 that was meant to be renewed in 2004. The Republican majority in Congress and the Republican president at the time, however, failed to renew it. This allowed Adam Lanza’s mother to buy the Bushmaster rifle that eventually killed those students and faculty at Sandy Hook Elementary School.

I don’t need to repeat the numerous horrific gun crimes that have occurred in this country. It is not something that can be fixed entirely with universal background checks, assault weapons bans or magazine capacity bans. It can’t. But it also can’t be fixed with more guns on the streets.

After the Sandy Hook shootings, the National Rifle Association (NRA), the main lobbying arm of the gun industry, proposed a School Shield program by which all schools would be protected by armed guards. Not only is this impractical, but it’s right up the NRA’s alley. How do we protect schools? Not by making dangerous guns harder to get, oh no, we need to buy more guns! That’s the answer.

Or we can, for two seconds, entertain the possibility that an assault weapons ban and a magazine limit would have lessened the impact of the Sandy Hook shooting. It would have made it easier for someone to fight back. It would have made it harder for that much bloodshed to have occurred that quickly. Maybe universal background checks would have kept guns out of the hands of James Holmes, the Aurora shooter. Maybe if we had a better system for tracking and helping mentally troubled peoples, all of these incidents may have been avoided. Perhaps we need to consider psychiatric evaluations for people who want to get firearms. Perhaps we want to ensure that everyone who needs psychiatric help has access to it. After all, the three men were all severely troubled.

Yes, law-abiding gun owners should not be subjected to crazy infringements on their Second Amendment rights. But the Second Amendment does say that guns need to be “well-regulated.” That’s the key there. It does not say that gun rights are unfettered. Nor should there be. 5.3 million Americans who cannot vote because they have committed felonies – that’s constitutional. I think it makes sense that felons shouldn’t have guns. And generally, they don’t get them. Federal law requires background checks and denies those people guns. That is, unless those guns are purchased privately, at gun shows or online.

There are some common sense things we can do to limit our gun violence problem. Universal background checks are a large player in this violent game. Before we, as many gun advocates demand, “enforce our existing laws,” let’s make existing laws that make sense.

Universal background checks are necessary and the fact that they have not been made law yet is ridiculous.

Many people have proposed studies that will allow us to understand it better and provide a more targeted approach to curing it. Understanding the problem better is a step in the right direction.

Mental health services need to be available to all people and encouraged, much like the government airs commercials asking people to not use meth. It’s just as dire a thing to tell people with mental illnesses that they’re not alone and to speak up. The stigma surrounding mental health needs to end.

We also must restrict military-grade guns from entering into everyday citizens’ hands. An assault-weapons ban makes sense. You don’t need it to hunt, or for recreation or for protection. I don’t need a semiautomatic gun to protect myself, nor do you need a magazine of 20 or 50 rounds for your gun. The only person who needs that is someone who can’t take the time to reload, like a soldier. Or, say, a school shooter.

More importantly, we need to send the message to Congress that they don’t work for the NRA; rather, they work for us. When vast majorities of Americans from all walks of life support these common sense measures, they don’t get to turn their backs on that for special interest groups’ endorsements.

However, if you’ll look at the United States Senate, only 54 percent supported the first thing. What a depressing time in American politics when 91 percent of the people can get behind something and 46 percent of the Senate can say “no thanks.”

I say: let’s make sure they don’t get away with this. The Manchin-Toomey amendment is a bipartisan bill that scratches at the surface of the gun debate. Universal background checks are the least we can do. The fact that it’s not being done is an utter travesty that should be remembered come November 4, 2014.

Vijay Reddy is an alumnus from Emory University from Fayetteville, Ga.

The Separation of Church and State