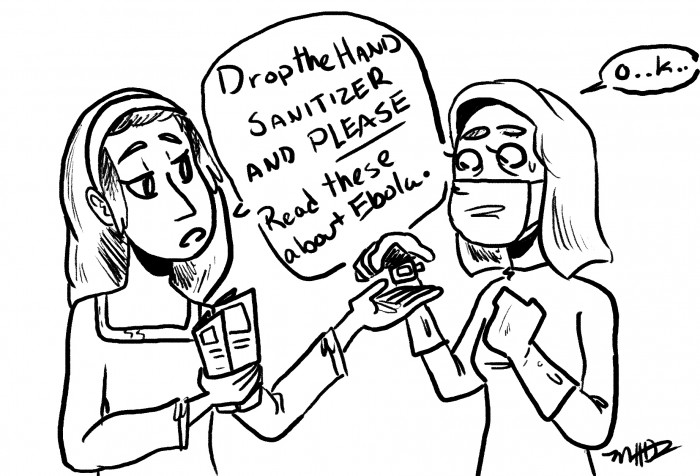 After seeing countless statuses and links on my newsfeed expressing extreme concern about Ebola having come to the U.S. – the paranoid responses of those who are afraid to leave their homes, who want to seal our borders, who criticize our medical workers and public health leaders (I won’t even mention the ridiculous conspiracy theories I’ve heard concerning the President) – I can’t hold in my opinion any longer. People need to stop panicking and start acting.

There have been three cases of Ebola in the U.S. One of these cases, which tragically resulted in death, involved a Liberian man named Thomas Eric Duncan, who contracted the disease in West Africa (If you’d like to discuss how outrageous it is that he was denied treatment, despite his 103-degree fever, possibly based on his skin color and social standing, I have a few opinions on that too).

The two other cases, both health care workers who treated Duncan, are the only two Americans known to have contracted the disease on American soil. Blinded by fear, many American people are forgetting the fact that for many West Africans, facing their relatives and friends dying all around them is a daily reality. I’ve been surprised at the quantity of media addressing the U.S. Ebola “crisis” as opposed to media displaying the utter horror of what is going on in West Africa. This media approach is a massive factor in fueling the American people’s unrest.

The hysteria that our country is falling victim to originates from a fear of our proximity to two of our own citizens seeking treatment here in Atlanta, despite their being under strict regulation and in containment.

There have been nearly 9,000 cases reported in the region of West Africa, over 4,000 of which have resulted in death. And these are just the reported cases. Yes, these numbers are very scary. I understand that. But our best chance of stopping this disease is by fighting and containing it at its source. We, in the U.S., have unique resources and expertise to do this. Among these resources are American doctors and scientists who are doing everything in their power to limit this disease to its area of origin.

My mother is one of these. She is a doctor who works for the Centers for Disease Control and Prevention (CDC), and she is currently in Sierra Leone for a month, having volunteered to treat patients suffering from Ebola along with interviewing them to help the CDC track and contain this terrible disease. I’m not expecting that to hit home as much as it does for me, but maybe it’ll add some perspective for some of you. The horror of what she is seeing and living every day is what we need to focus on. If you are able, channel your fear into incentive to support organizations aiding in the control of Ebola.

Consider donating to organizations like the United Nations Children’s Fund (UNICEF), Doctors Without Borders, the American Red Cross, etc., all of which are using these donations to send supplies, medicine and health care workers to West Africa.

Yes, Ebola has come to America, and we may well see more cases in the coming weeks. But let’s stop this talk about closing our borders. As American citizens, we have the right to return to our country, suffering from Ebola or not. And as a country founded by immigrants (which of us, after all, is not a descendant of people who came from elsewhere?), shouldn’t we open our arms to anyone in need, rather than engaging in mindless xenophobia?

Our doctors and scientists, moreover, learn how to combat this disease by actually treating cases, ultimately making us all safer in the long run. I obviously hope my mother does not contract Ebola while doing her work. But, hypothetically, if she did, would you seriously deny her, an American woman who has risked her life protecting you, the right to seek aid in the country she calls home? I understand that some Americans are scared, but we should not allow panic to dictate policy.

This disease can only be transmitted in very limited circumstances involving direct contact with bodily fluids, not through air. In donating money, you are helping others while simultaneously looking out for your own well-being. The more resources that find their way to West Africa for combating Ebola, the less likely it is to become a serious problem in our country. And if you are unable to donate, remember that knowledge on this subject and spreading it to promote awareness is also of the upmost importance.

— Anna Bing is a College freshman from Atlanta, Georgia. 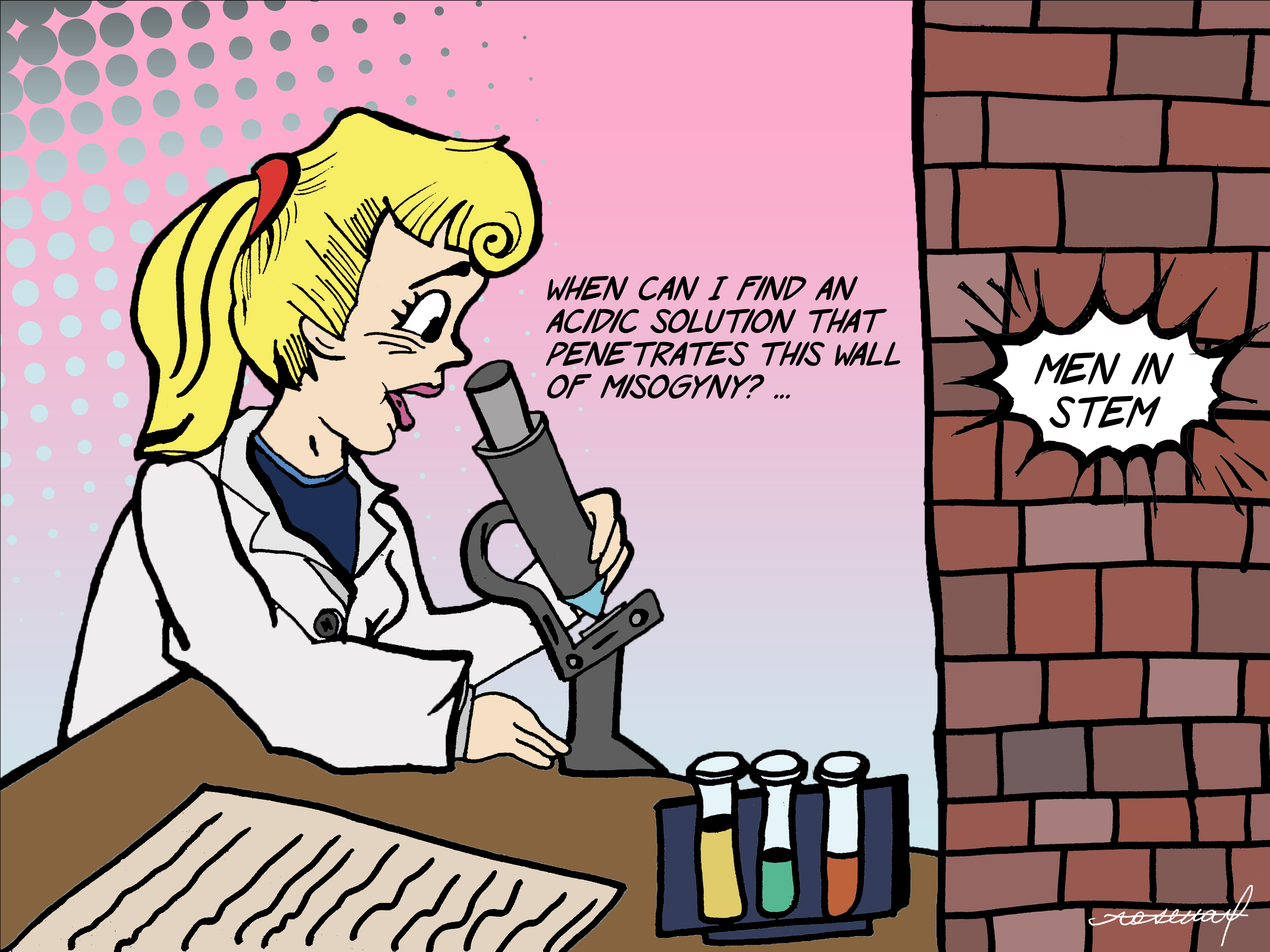 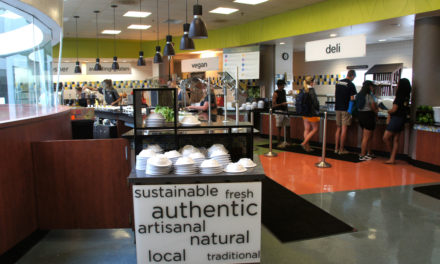