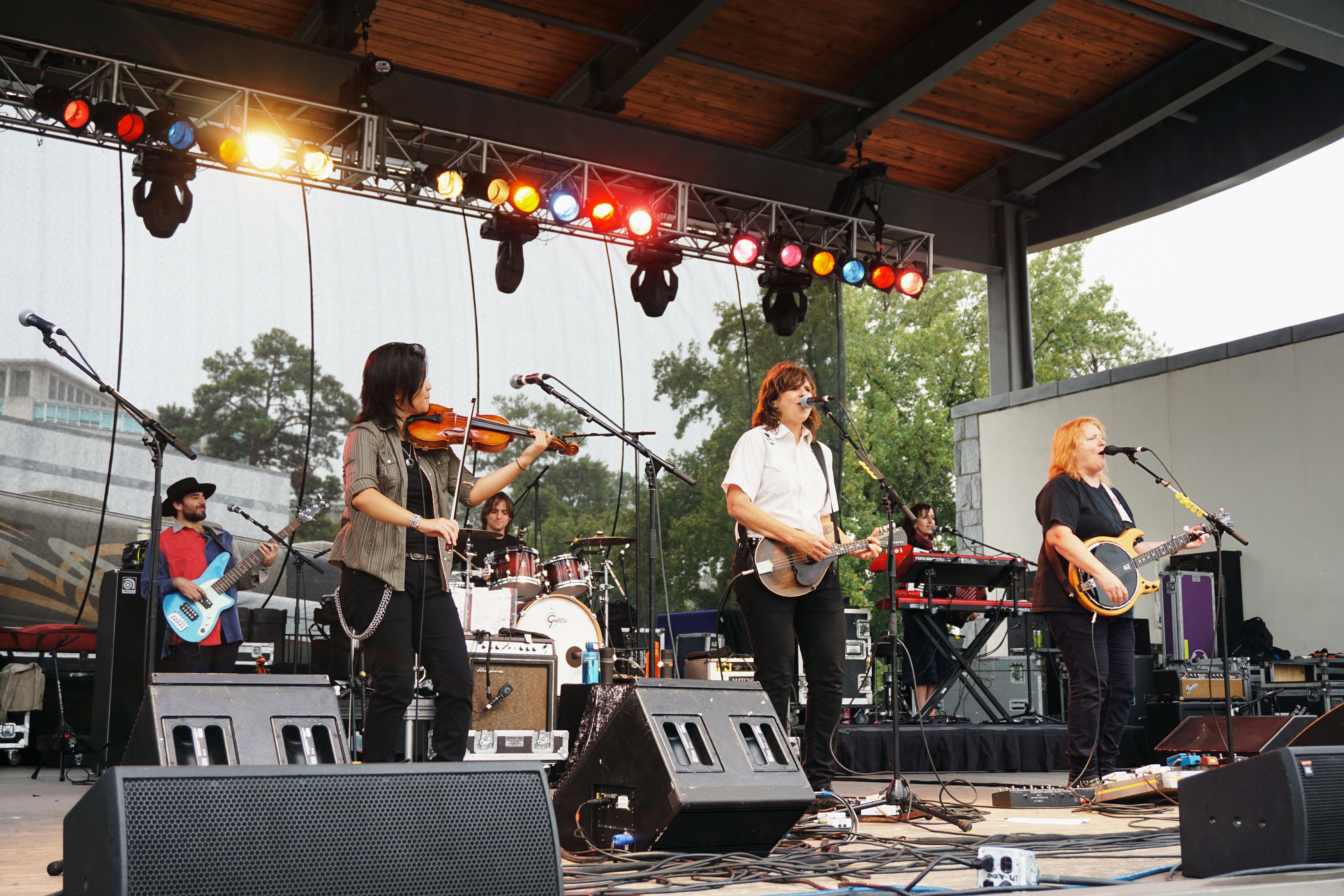 About 1000 Emory students, alumni and guests came to McDonough Field on both Friday and Saturday to enjoy the homecoming concerts featuring Shwayze and Indigo Girls, according to Student Programming Council (SPC) Advisor Becka Shetty.

Stage lights illuminated the field while it continuously rained on Friday night as students arrived to hear Shwayze, a rapper who has had two singles, “Buzzin’” and “Corona and Lime” from his self-titled album, Shwayze, on the Billboard Hot 100 in 2008.

873 students swiped into the Shwayze concert through OrgSync, but SPC approximates that between 950 and 1000 people were in attendance after accounting for the guests of students who came; most likely, due to inclement weather, this number is slightly lower than the anticipated 1000 to 2000 people for each concert.

The concert was delayed until 10 p.m. — its planned starting time was 9 p.m. — but despite the rain and the delay, some students made the most of their waiting time by dancing by the stage, eating and socializing with friends.

“I don’t know who Shwayze is, but it was still fun when I was dancing in the rain with friends [before the concert],” said College freshman Maya Bornstein.

Other students were excited to see an artist that they remembered listening to when they were younger.

“There was a song of [Shwayze’s] that was my anthem when I was fifteen,” College freshman Samantha Zeurcher said.

College Sophomore Cecilia Esquivel was equally excited, noting that she knew a couple of Shwayze’s songs and wanted to hear him perform live.

Many of the attendees stayed under the shelter of the tents and arrived significantly after the concert began, but the SPC was proud of the turnout, particularly in light of the terrible weather, according to Shetty.

On Saturday, the Indigo Girls took the stage for the final homecoming concert after the opening act of The Shadowboxers, an alternative pop band that met at Emory.

The Indigo Girls opened with “Get Out the Map,” a song from their 1997 album, Shaming of the Sun, as students and alumni danced along.

“[The Indigo Girls are] a really interesting group,” said Candler School of Theology freshman Nathan Blansett.”I’m from Athens, [Georgia,] and they’re kind of a staple there.”

College senior Laila Atalla agreed, stating that she thought the music was fantastic.

“[The Indigo Girls] graduated from Emory, which adds special meaning to the concert,” Atalla said.

Many of the students who attended the performances came following the buildup of homecoming spirit and anticipation this past week, which celebrated Emory’s 100th year in Atlanta.

“I heard from the sophomore and junior classes that [the Homecoming Ball] is one of the best events,” College freshmen Skye Tao said.

College freshman Sierra Cate had a similar viewpoint, noting that she hasn’t been to many concerts but was excited because she thought homecoming festivities would be a fun experience.

These homecoming experiences were made possible by a collaboration between the SPC and the Emory Alumni Association (EAA). The two organizations guided all aspects of planning, from ensuring space reservation to making sure that the artists and vendors at the event were able to reach campus and process payments. Members also showed up three hours prior to the Shwayze concert in order to set up tents, lighting and food booths.

However, the hard work paid off for the members of the SPC and EAA.

“[The concerts] went so smoothly,” Shetty wrote in an email to the Wheel. “SPC students worked really hard and students and alumni seemed to have a lot of fun.”

College senior and SPC President Genevieve Roth agreed, stating that the events were successful and well received by students.