In Light of Coronavirus: Beware Discrimination and Disinformation

The Novel Coronavirus outbreak has, sadly, caused a series of misunderstandings between people of Chinese descent, those who are not and the Chinese government. It is time for people around the world to try and understand one another: I am calling for others to be critical and sympathetic about the disinformation and discrimination they encounter.

It all started with the wet market. A wet market is a farmer’s market that offers raw fresh meat, ranging from domestic animals to various seafoods. Wet markets are the center of everyday commerce and social life in China. People go to their local wet markets regularly to buy fresh produce and socialize with their neighbors and merchants. The products may not appeal to everyone’s tastes and diets, but the market itself is lively and prosperous.

The wet market, however, is exactly where the coronavirus started in Wuhan, China. Because it is a center for raw meat exchange, the local market became an incubator for the virus; moreover, its status as a social center, with rapidly moving populations, facilitated the disease’s spread.

As the outbreak proliferates, I have mixed feelings about the prejudices the Chinese community faces, especially as I’m several thousand miles away from home in China. My mom called me a week ago warning me of a new wave of racism — specifically toward Chinese and Chinese-looking people. I told her not to worry because I believe I’m surrounded by rational people. Recently, though, I’ve become much more aware of my skin while walking around on campus, as I know it means “possible virus carrier” to some of my peers. Even though I lived in an unaffected area of China and have been in the United States for three weeks now, I’m still cautious about coughing in public and pay more attention to my health. I have no chance of carrying the virus, as I have passed the two-week incubation period, symptom free; but I don’t want to cause any panic. I’ve heard rumors about new cases, but it was actually just a Chinese student catching a minor cold.

I am by no means arguing that the coronavirus is a minor problem, because it’s not, and the World Health Organization has attested to this by declaring it a global emergency. In fact, the situation may be worse than we already know. We have reason to believe that the Chinese government has dramatically downplayed the situation; they have a clear history of doing so, as in the 2003 SARS outbreak.

The Chinese government has always had a tendency to minimize crises, so as to prevent panic and social disorder. In the first month after the coronavirus’s discovery, the government kept a tight lid on its progress. Not until last week did they finally warn Chinese citizens about it. Their unusually swift actions against the disease arouse suspicion that the situation is still much worse than reported. I implore my Chinese readers to look beyond information provided by the Chinese government because it can be filtered. We should be cautious in our consumption of information and turn to organizations like the Centers for Disease Control and Prevention and the World Health Organization as more neutral sources of data on the outbreak.

While it is important to acknowledge that the true number of infected persons is likely greater than the reported number, we must also ensure that we humanize these patients and their families. With such a large number of cases, it can be easy to distance ourselves from the fact that these are real people and families suffering from a horrific epidemic. In some families, several people are dying, leaving their loved ones both devastated and terrified of contracting the virus. These are real concerns for individuals whose families are currently in China, especially those with elders, since they appear to have the highest risk of death from the disease. To think that I don’t even know the size of the danger under which my family is living pains me, especially given that my beloved but weak grandma is 80 years old.

I urge everyone to learn more about the complicated situation surrounding the coronavirus outbreak. People have to understand that numbers are real deaths, and this is the only way of seeing people as humans, not objects. I call on your sympathies for the Chinese at this critical time, and I also hope that people think critically about what they hear and see.

Even with these worries, I still want to end this with a lighter note — my dad’s joke after he had stayed in the apartment for two weeks to avoid being transmitted: “This is the only occasion, that doing nothing does a huge favor to the society!” 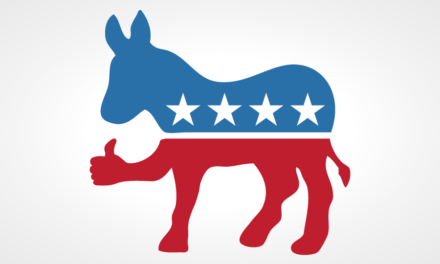 Why You Should Vote For a Democrat This November 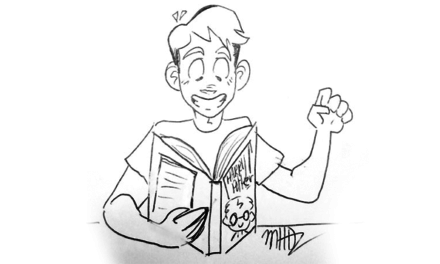 The Positivity of Reading Fiction