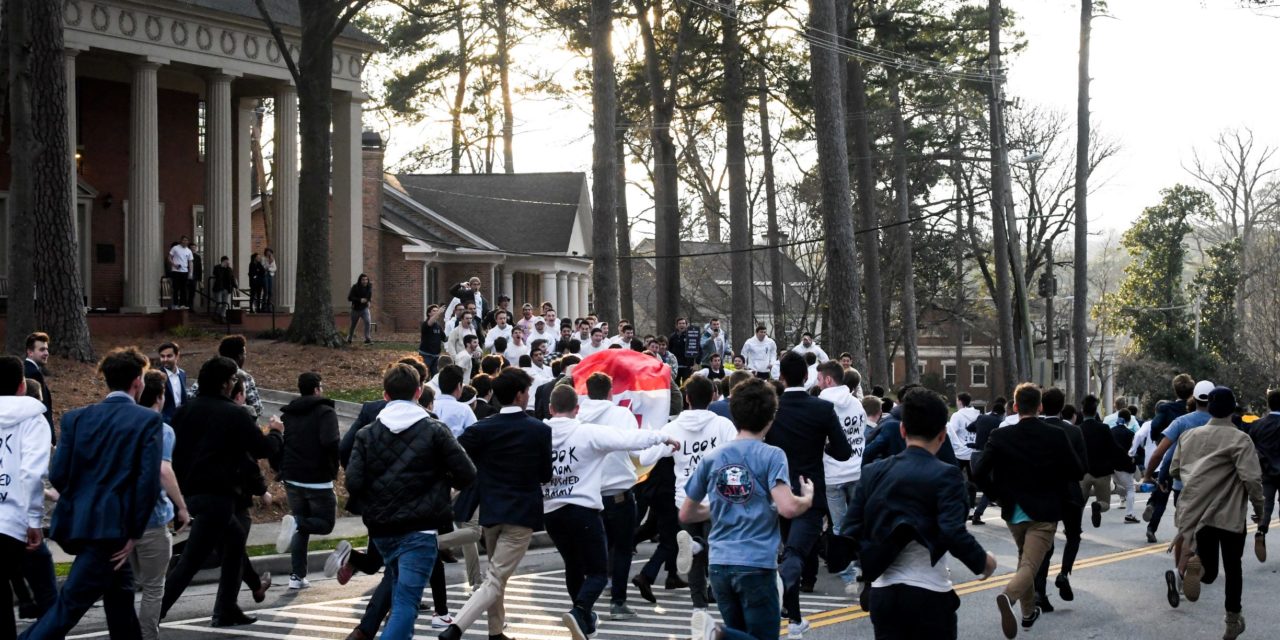 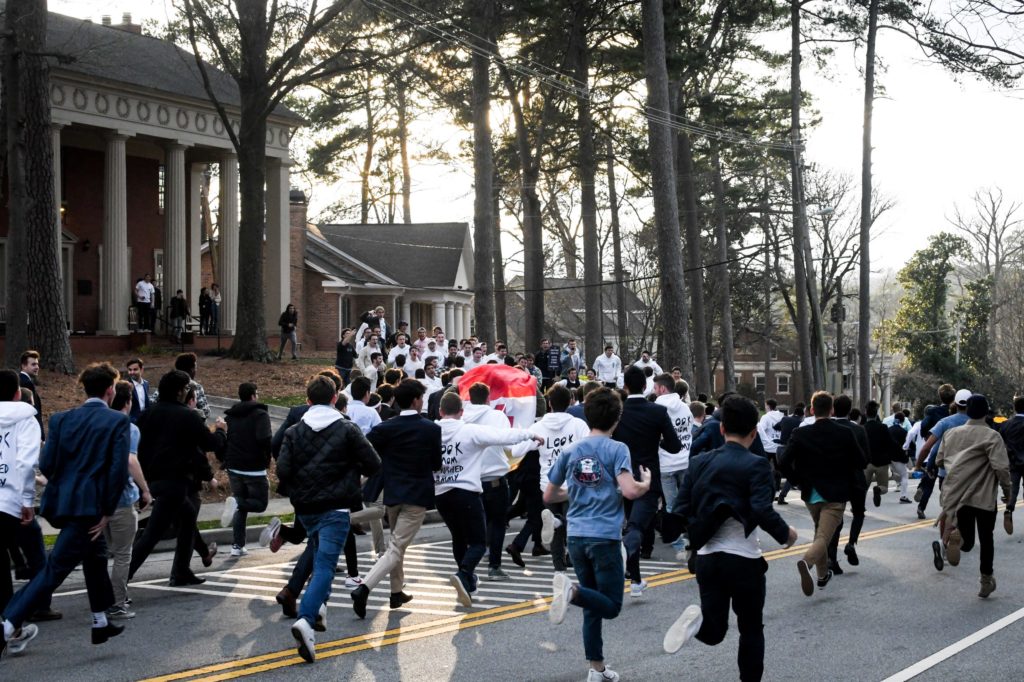 Newly initiated members of Emory fraternities participate in Run the Row, a biannual tradition in which the brothers run to their new fraternity houses, on Saturday, Feb. 1./Jackson Schneider, Asst. Photo Editor

Members who were not formally initiated into AEPi prior to the fraternity’s suspension can undergo forming a new fraternity, but those who were initiated prior to Spring 2019 are barred by AEPi national headquarters from joining another fraternity unless formally released, AEPi Media Spokesman Jonathan Pierce wrote in an email to the Wheel. No former members have been officially released.

In Fall 2017, ZBT was placed on suspension for hazing and possession of alcoholic beverages under the age of 21, resulting in the loss of their house at 8 Eagle Row, which is now inhabited by Sigma Alpha Mu. ZBT’s suspension effectively ended on Aug. 1, 2019.

Stark stated that previously initiated AEPi members are not exerting an influence in the creation of a new fraternity.

“Some individuals that were only members of AEPi for a short few weeks will be recolonizing a chapter of Zeta Beta Tau,” Stark wrote in a Feb. 3 email to the Wheel. “I am absolutely thrilled that Emory and ZBT were able to offer these students the invaluable opportunity to participate in Greek Life.”

In a Feb. 3 statement, ZBT CEO Libby Anderson wrote to the Wheel that its national headquarters is “starting to conduct interviews with potential brothers.”

“At this point, since it’s after [Interfraternity Council] recruitment, they’re allowed to bring together what we call an interest group,” Gamse said. “It’s a group that predates their arrival to campus by a semester, just to make sure that they have some traction.”

Gamse could not confirm how many people have joined this group or if any members were previously involved with AEPi.