What a mess fall semester was.

I won’t even bother reiterating how exhausting and frustrating the semester was for Emory students. Before you buckle up for another hellish semester, though, I ask you to reconsider whether remote classes even come close to fulfilling the purpose of your education.

My answer is that remote classes are a complete failure to every definition of education. Not only have remote classes failed to teach students effectively, but they have deteriorated students’ physical and mental health. In the face of another remote semester, students should seriously consider taking a gap semester, interning or otherwise minimizing their course loads before continuing their college education.

At one point or another, many of us must explain why we decided to go to college. I’m personally here to learn; to learn about my major fields of study and all other topics that interest me. During my first two years at Emory, I have done just that. I have taken a variety of classes across multiple disciplines, through which I have learned about a bigger world than the one I knew. I have learned how various disciplines speak of the same things differently. I have learned how my peers see things divergently from me because we grew up distinctly. At Emory, I have expanded my knowledge at a level that I had never even dreamed of before. I was sure this would be the norm throughout my four years. Then came remote classes.

There’s a whole laundry list of reasons why remote classes are counter-effective: the increased workload, the ease of procrastination, inequity arising from technology literacy and accessibility, greater required self-motivation, the lack of direct instructor access, isolation, pandemic-related stress and trauma, and academic underperformance. For eight months, we experienced these shortcomings first-hand.

When Emory went virtual in March, classes and assignments became burdens rather than tools for learning. The workload for many classes increased significantly, both in intensity and number of assignments. This past fall, I took 12 credits and turned in an average of five assignments per week. During previous semesters, each of which I took around 20 credits, I turned in about two assignments per week. As most Emory students realized during the fall, the only thing more onerous than online classes is the line of Canvas assignments that give no end in sight.

As a result, the entire semester felt like a marathon with countless obstacles. Not only did I have an online calendar to remind me to turn in assignments, but I also viscerally felt a clock ticking inside of me counting down the hours until the next due date. Two of my philosophy professors noted in their syllabi that any unexcused absences from both synchronous and asynchronous classes would result in a zero for our total participation grade. I couldn’t help but feel burnt out.

Spending countless days trying not to fail made for a taxing semester, and I’m far from alone. Friend Alejandra Perozo (22C) wrote to me that he kept “feeling like I’m missing an assignment.” Elizabeth Meulbroek (22C) stated that “different professors don’t announce assignments in a standardized way,” which has made keeping track of due dates challenging     . Spending too much energy trying to avoid missing assignments and navigating Canvas left little room for actual learning.

While not everyone at Emory is here to learn, remote classes still subvert other major goals of higher education, too.

Compared to in-person learning, remote classes are ludicrously inadequate when it comes to facilitating new connections. I worked on several group assignments this fall, and each one was a struggle to complete. Students scattered around the world and seeing your pixelated peers through Zoom makes it hard to converse about anything but the assignments themselves. I learned nothing new about my partners besides their names, time zones and writing styles — and I haven’t made a single friend through remote learning.

Getting a degree with a decent GPA is perhaps the most common reason why people go to college. However, grades have become highly unpredictable due to remote classes. Data have shown that course failure has increased among students during remote learning. Many Emory students who previously obtained good grades during in-person classes have suffered from “incomplete” or lower grades. Yichang Yang (22C), an all-A student, received an “S,” “W” and “I” on his transcript this semester. Is it still worthwhile to suffer through another semester of remote learning, only to make your GPA less competitive in the job market? Taking time off to intern or pursue independent learning might be better options in preparation for post-graduation life.

However, some students are just in college to have fun. While going out with friends is      possible right now, it puts one’s own and others’ lives at risk. Given the current death toll, I shouldn’t have to reiterate the consequences.

In this article I hoped to highlight how online learning could improve, not focus on its downsides. But no number of changes could redeem an educational model that runs so counter to all purposes of education. The circumstances are just too disparate. We all live in different time zones, households and communities with varying pandemic-related burdens. The attempt to bring these differences together under the umbrella of remote classes is doomed to fail. Nothing can save a model that is designed for no one’s best interest.

The intense workload and constant anxiety have forced many students to choose between their grades and their mental and physical health. Morrisa Wisdom (22C) painted a particularly vivid picture of her poor health, noting, “I got sick so many times.” As her workload skyrocketed and her mental health suffered, which made her semester “hell.”

As an international student, the time difference turned out to be detrimental to my health, as it is for most international students. Even though my classes ended relatively early — around midnight — I still found it impossible to sleep until a few hours after signing off of Zoom. After spending hours mentally alert for classes, I couldn’t immediately fall asleep. Despite my best efforts, 3 a.m and 4 a.m. became my bedtime, which meant I lived on a schedule vastly different from those around me.

Unfortunately, I’m among the luckier group of international students. Shengkai Xu (22C) wrote in an email that he routinely woke up between 3 a.m. and 4 a.m. to attend a 75-minute class. This, understandably, made his semester excruciating.

Living on such an irregular sleep schedule is also more detrimental to physical health than any of us could have imagined. Poor sleep habits damage immune health, which, given the current pandemic, is more important now than ever.

Such risks to physical health don’t just exist in theory; many of us female students experience them in our everyday lives. Menstrual cycles suffer from irregularity due to poor sleep habits — and regularity is a key indicator of overall physical health. Experiencing menstruation irregularities made me worry about how much damage a semester of remote classes had done to my body, and to think I was absolutely powerless to stop the damage made me feel even more dejected. If I was offered payment to damage my own physical and mental health like the fall semester did, I’d refuse in a heartbeat. Instead, I paid $53,804.

Given the inordinate costs and comparatively minimal benefits of remote learning, Emory students should take as few classes this spring as possible to minimize the damage inflicted on themselves. For your own mental and physical health, instead of taking a crushing course load, take a gap semester, conduct research, find an internship or learn on your own.

Let’s not forget that higher education is a luxury good. If it does not even fulfill its purpose, and instead harms your health and wealth, you should seriously reconsider whether it’s worth pursuing during a pandemic. 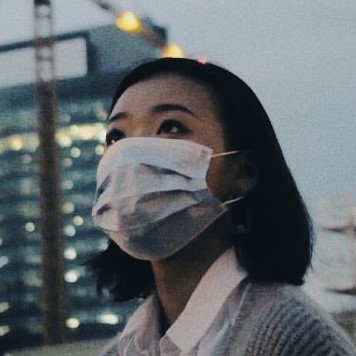 Iris Li is from Beijing, China, majoring in philosophy and sociology.