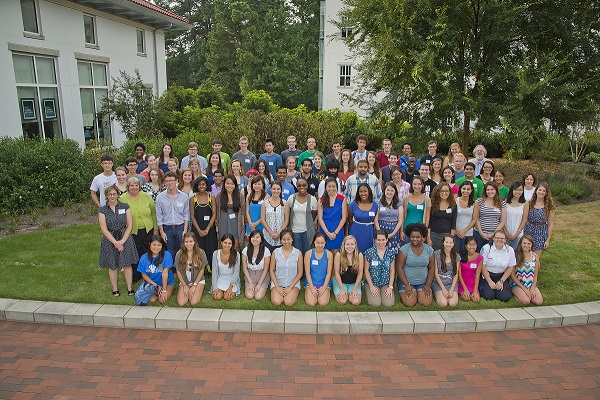 The Emory Wheel‘s Oct. 24 staff editorial “Thoughts on College Enrollment Process” reflected on the enrollment process for students in the College of Arts and Sciences – highlighting several problems it has perceived with the system and recommending potential solutions to University administration.

However, one specific criticism that the editorial mentioned seems misguided because it demonstrates a clear misunderstanding of the program at hand.

At the moment, the College grants early enrollment appointments to students in the Emory Scholars Program – a privilege that the Wheel editorial finds problematic for two primary reasons. First, the editorial argues that the University should reevaluate allocating this privilege to Scholars – who, they claim, are chosen on the basis of academic merit in high school and therefore should not receive such an advantage in college. Second, the editorial suggests this privilege creates what they call “unfair access to courses” because other College students may be just as “engaged with and interested in” certain classes as Scholars are.

While certainly passionate (among other adjectives), the Wheel‘s criticism of early enrollment for Scholars lacks substance due to a poor understanding of what the Scholars Program entails and a lack of evidence that indicates how this privilege might adversely impact enrollment for other College students.

First, the editorial inaccurately portrays the Emory Scholars Program – demonstrating little understanding of what the program entails as well as little effort to obtain that understanding. The editorial claims that because Scholars are chosen “based on high school performance,” their early enrollment times unfairly reward them for past achievements that could no longer be relevant to their current academic lives. A five-second Google search takes me to the Emory Scholars webpage, where there is a description of the program’s parameters – “outstanding rising sophomores and rising juniors may also become Emory Scholars through the Dean’s Achievement Scholarships” (DAS). Students who have performed well while at Emory and who have received the DAS access the same benefits as those who are selected for the Emory Scholars Program during high school.

Additionally, the Emory Scholars Program is unique in offering upperclassmen the opportunity to join; many other institutions limit admission to their merit scholarship programs to incoming freshmen (examples include the University of Virginia, Washington University in St. Louis, Duke University and many other comparable institutions).

Every single College student is eligible to apply to the program and to receive the DAS should they meet the necessary metrics. Though the Wheel editorial claims that certain Scholar perks such as early enrollment creates unequal academic access, there is no inequality of access here other than that which is generated by personal performance and initiative.

Second, the editorial provides no empirical evidence to substantiate its claims that Scholar early enrollment creates “unequal access to courses.” Without any data on the number of Scholars in the College who are actually granted this privilege, the editorial cannot reasonably evaluate any impact resulting from it – especially considering that many College students are often able to enroll for courses that were originally closed to them through add/drop/swap and professor permission to overload.

Furthermore, the editorial fails to address other groups of students who are granted early enrollment appointments or students whose AP credits have given them the academic standing to enroll before their class peers.

Third, the editorial recommends that University administration reevaluate Scholar early enrollment to ensure that it is “not simply a benefit with no impact on Scholars’ decision to accept” their scholarships and matriculate to Emory. It is difficult to quantify how much early enrollment or any one particular Scholar privilege induces individual students to accept their scholarships at Emory. However, it is worth noting that many merit scholarship programs at other universities offer similar academic privileges to the students that they have selected. If the Emory Scholars Program does not offer comparable benefits to the students it has chosen, it is at a competitive disadvantage to these other scholarship programs.

Lastly, the Emory Scholars Program requires that all students maintain at least a 3.4 GPA each semester in order to remain in the program. Scholars aren’t granted certain privileges solely on the basis of past achievements as the editorial implies; they must continually perform well in order to retain those privileges.

In closing, the Wheel editorial board is entitled to its own opinions on Scholar early enrollment. However, it should have better researched and supported the claims that it made against this privilege as well as the Scholars Program in general. Though comments throughout the editorial like “[Scholar early enrollment] creates a hierarchy of students in which the education of a select few is given priority over the remainder of the student body” may certainly sound sexy, they ultimately fall flat with no support – melodrama rather than anything constructive.

Emory Scholars is a wonderful program that provides recognition for academic potential and intellectual curiosity, drawing competitive students from all across the world to the University and rewarding current students for their successes while at the University. I am grateful for all the opportunities the program has given me, and I know that it has not only shaped my own College experience but also those of many of my peers. I urge us not to forget all the good that the program does – especially when evaluating it in light of poorly researched claims against it.

– By Stephanie Fang, a College senior from New Orleans, Louisiana. She is a former news editor for The Emory Wheel.

Letter to the Editor: Kicking Chick-Fil-A Off Campus Would Amount To Censorship

Let the People Decide?: The Flaws of Popular Democracy