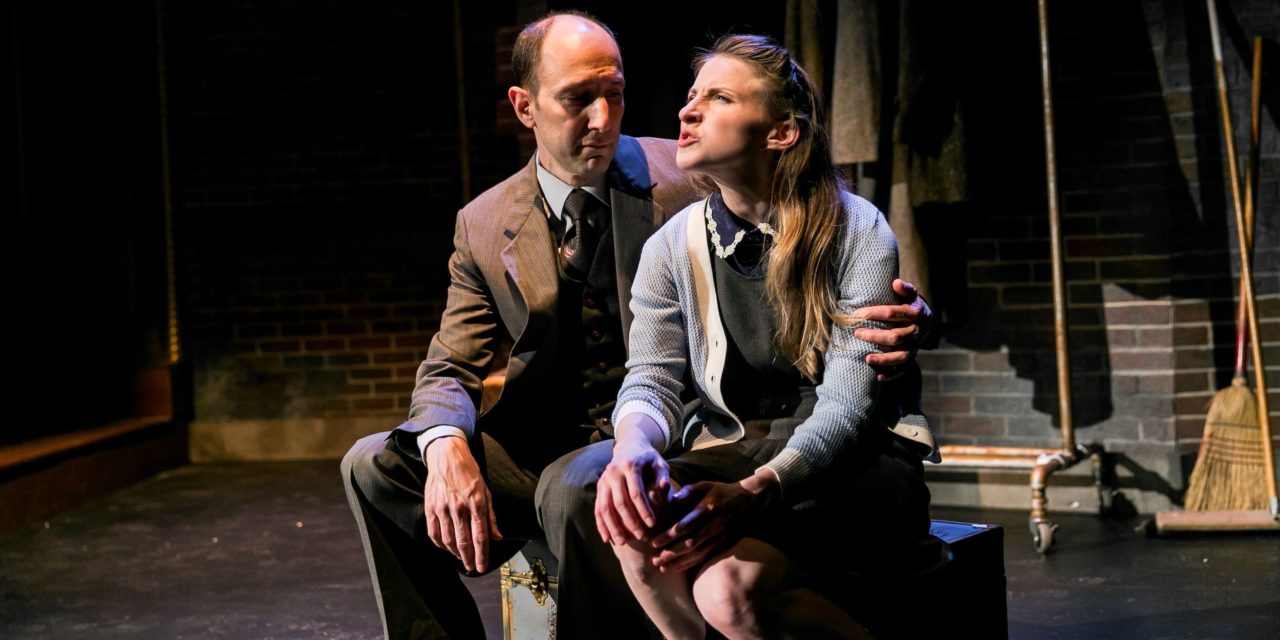 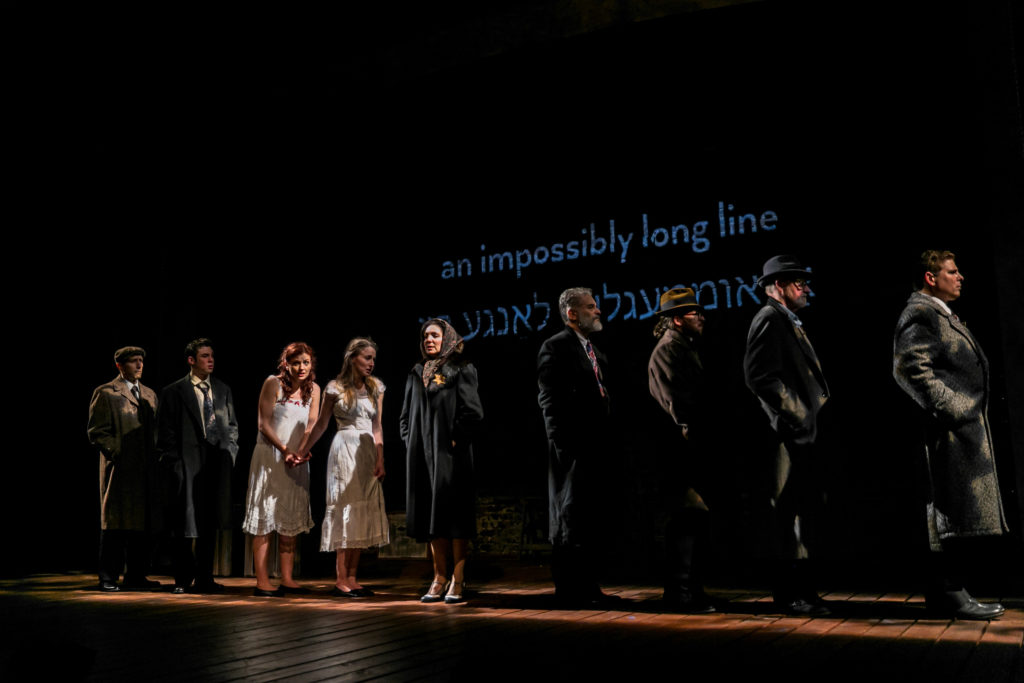 At the 1923 Broadway premiere of “God of Vengeance,” the entire cast and producer were arrested and charged with obscenity. The controversial play, penned by Polish-Jewish writer Sholem Asch in 1906, featured a kiss between two women. This history is earnestly and affectingly portrayed in “Indecent,” which premiered on Broadway in 2017 and was recently showing at Theatrical Outfit in Atlanta.

“Indecent” leads us from the first reading of “God of Vengeance,” across the cultural capitals of Eastern Europe, to Ellis Island and Broadway’s Great White Way and back again. The play and its cast and crew evolve and grow over the years of productions. While “God of Vengeance” anchors “Indecent,” we only see two scenes from the former performed repeatedly: the tragic ending and the “rain scene,” where a prostitute, Manke (Christina Leidel), and the brothel owner’s virginal daughter, Rifkele (Stephanie Friedman), share a moment of sensuality, joy, and a fateful kiss. The romance of “God of Vengeance,” particularly this tender rain scene, provides escapism from the bleak reality of “Indecent.” While the troupe behind “God of Vengeance” watches their American dreams shatter, sitting out a cold night in prison and fearing the growing monster of 20th-century antisemitism, the softness of Manke and Rifkele remains untouched by the evils of reality.

The stripped-down set, with its bare brick walls, focuses the audience’s attention on the cast. Music from a three-piece live band and intermittent dance sequences add a touch of magic to what could have been a dry story. Furniture is assembled before our eyes from stacks of luggage, visualizing the nomadic life of the traveling theater troupe and the impermanence of each new location. The 100-minute runtime of this one-act play drags in the middle, and although this period of slowness never falls into complete dullness, an intermission would have broken up the action and given the audience time to process and prepare for the post-arrest events of “Indecent.”

While the play devotes significant runtime to the buildup to the Broadway premiere and the arrests, the most aching and hypnotic sequences are those that follow, showing how “God of Vengeance” touches lives long after its fateful Broadway closing. Themes of homophobia, antisemitism and the immigrant experience overlay “Indecent” amid a meditation on the purpose of storytelling and the definition of obscenity. Was it the lesbianism that offended Broadway audiences? Was it that it was Jewish immigrants who had dared to push so far? Or was it that “God of Vengeance” showed that “every religion, even Jews, sell God for a price” as stage manager Lemml (Andrew Benator) suggests?

“Indecent,” presented by Theatrical Outfit, has sadly been suspended due to COVID-19. Contending with the still-relevant themes of xenophobia, homophobia and the disillusionment of American immigrants, “Indecent” tells an early 20th-century story fit for the 21st century. A talented cast and an elegant staging brought a haunting and affecting piece of history to Atlanta audiences. “Indecent” shows both the tenderness and ugliness of humanity.