Colorism and Teenage Cruelty in “School Girls; or, The African Mean Girls Play” 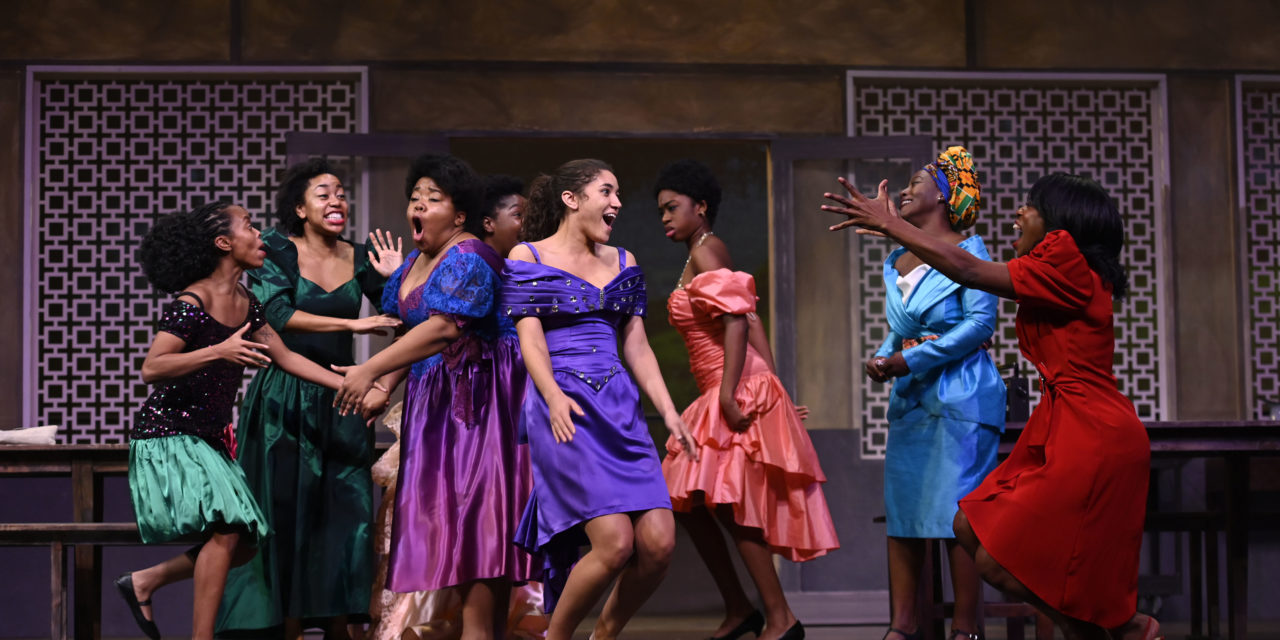 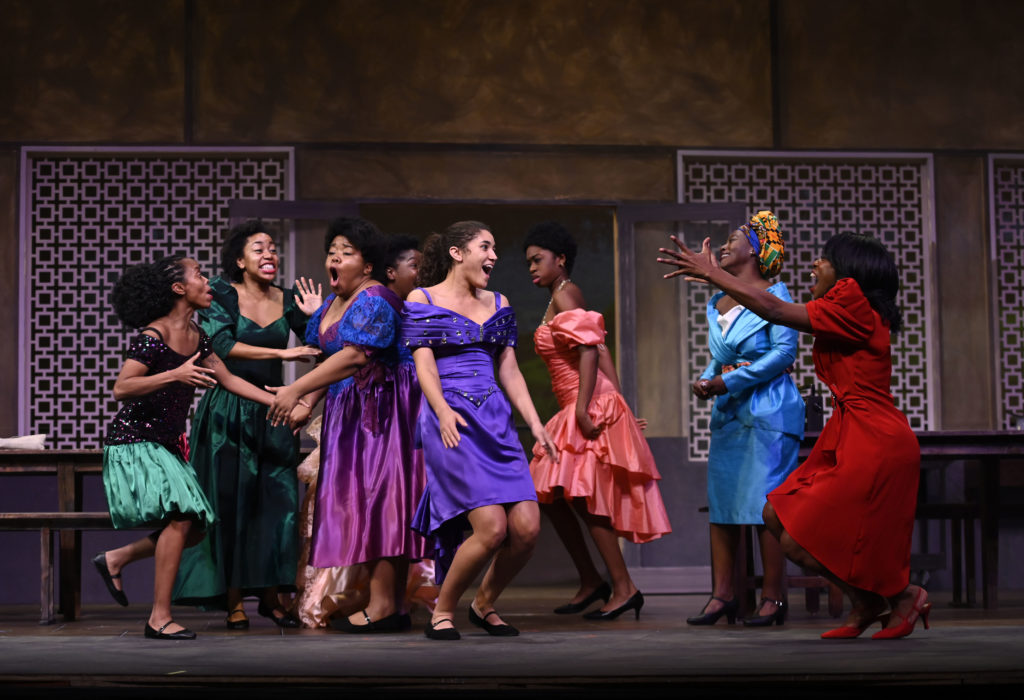 College is nice and marriage is better, but for the protagonists of “School Girls; or, The African Mean Girls Play,” the 1986 Miss Ghana beauty pageant is the ultimate achievement. This dramady explores colorism and classism while highlighting the cruelty of high school girls. In a tight runtime of a little over an hour, this stinging and evocative play provokes the audience to boisterous laughter and horrified gasps.

In “School Girls,” Paulina (Ellen Ifeoluwa George), the casually cruel queen bee of the Aburi Boarding School, tyrannizes her friends, forcing starvation diets and disparaging their clothes. With her slim figure and closets teeming with dresses from her cousins in America, Paulina eagerly awaits the upcoming visit from Miss Ghana Pageant scout Eloise Amponsah (Valeka Holt). However, when transfer student Ericka (Lauren Richards) arrives the day before the pageant scout, the social hierarchy of the school is thrust out of balance. Coming from Ohio, Ericka quickly attracts the attention of her classmates and the pageant scout for her light-skin and American upbringing. However, Paulina will not let the Miss Ghana crown go without a fight.

Written by Ghanaian-American writer Jocelyn Bioh, “School Girls” underscores a harshness to teenage girls that Tina Fey’s “Mean Girls” only brushes upon, but also shows a deeper vulnerability in their viciousness. Paulina cuts other girls down easily, but even as she mocks and threatens, her own insecurities lurk just below the surface. Bioh captures not only how easily teenage girls can hate each other, but how most also hate themselves. Every victimizer in “School Girls” is simultaneously a victim.

Colorism looms large in “School Girl,” propelling the plot and shaping the conflicts. Even in a play with no white actors, eurocentric beauty standards are dominant as Eloise explains that the Miss Ghana Pageant is scouting girls with a more “universal” look. Ericka reaps benefits for her pale skin and long hair while Paulina takes greater and greater risks to compete with Ericka. The ending of “School Girls” makes the global scope of colorism and racism evident.

Without overshadowing the actors, the creative design of “School Girls” proves effective. The costume design by Jarrod Barnes brings bright colors and bold patterns to the show, when characters are not confined by the school uniforms. The exaggerated shoulders of 1980s dresses also make a bold appearance. The projection and lighting design by Bradley Bergeron impress in the few moments they get to shine. Particularly splendid are the lush green hills and rolling clouds projected behind the set and the glitzy lighting of a fantasized pageant entrance. While the show hired a dialect coach, I only noted the accents effected by the actors in the few moments I struggled to understand the dialogue, such as the opening scene, and when I wondered if Eloise’s accent was a purposeful amalgamation of Ghanaian, French and British accents. However, my companion, Onyie Eze (18Ox, 20C), called the accents “really bad.”

“For someone who has grown up around Africans, it was very obvious,” she said.

“School Girls; or, the African Mean Girls Play” brings to stage topics and settings rarely given focus on American stages. Kenny Leon’s True Colors Theatre Company triumphs in celebrating black storytelling and demonstrates that theatre is much more than stories by old white men for old white audiences. Don’t let the title or the comedic billing fool you; this is no whimsical farce. “Schools Girls” puts the cruelty and insecurity of teenage girlhood on display while exploring the painful impact of colorism on Black girls. Running until March 8, “School Girls; or, the African Mean Girls Play” brings a provocative and engaging story to Atlanta audiences.