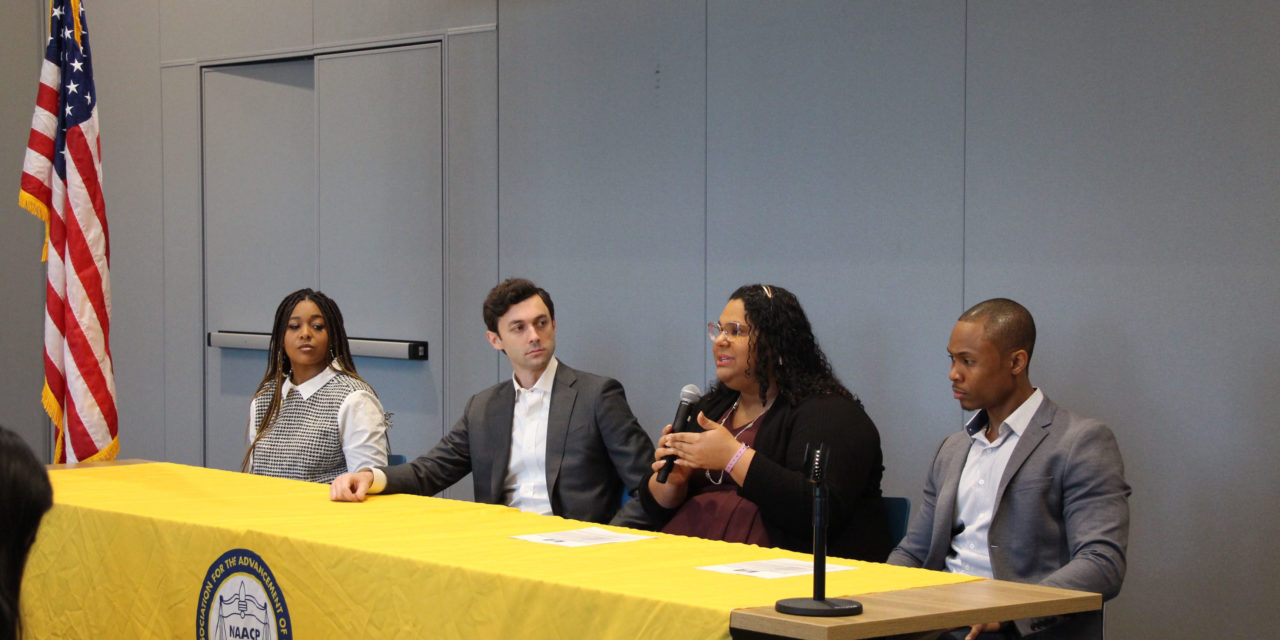 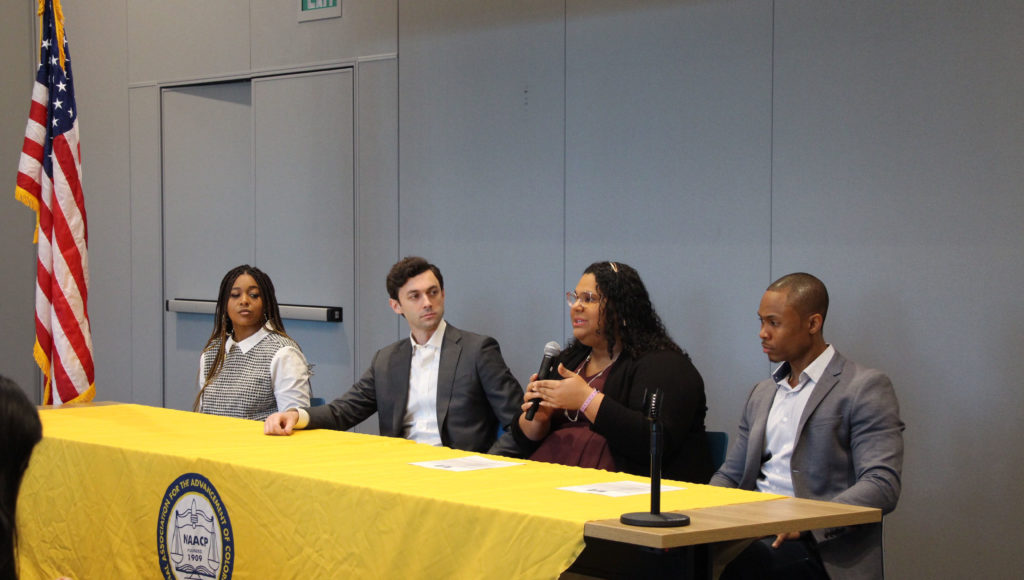 “You’re not alone in feeling that way,” Taos Wynn (06Ox, 09C) said in response to a student asking about young disillusioned voters.

Wynn answered the question at a panel event hosted by the Millennial Civil Rights Campaign for their Free Democracy Tour series on Feb. 29 in the Emory Student Center. The panelists spoke about advocating for policy and driving change through legislators.

Students came to the event to make connections with and hear from the guest panelists, like Wynn, an Atlanta native as well as founder and president of the Millennial Civil Rights Campaign. Other panelists included Crystal Greer, communications and press publicity committee chair for the Clayton County branch of the Georgia NAACP, Genny Castillo, chief operating officer of the Blue Institute, and U.S. Senate candidate Jon Ossoff.

Wynn said he founded the grassroots organization to give young people a voice in response to all these crises going on.

“I wanted young people to have a voice at the table and to be heard at the table,” Wynn said. “I wanted this [organization] to be a platform for that.”

Despite the namesake, the Millenial Civil Rights Campaign is an intergenerational effort that works with both Democrats and Republicans. As such, their advocacy efforts involve working with both sides of the aisle at the Georgia State Capitol. They draft and lobby policy ideas to state legislators throughout their lifespan as a bill.

Though the organization pursues policy at a national level, they place more advocacy focus on local political issues. The campaign currently advocates for state bills to provide free access to feminine hygiene products in government buildings, including 6th-12th grade schools, and to limit single-use plastic bags. The campaign also supports a resolution to acknowledge the inhumanity of slavery and Jim Crow laws.

Through discussion  events, the campaign  informs voters on methods to create meaningful change and for these voters to go on to exercise their right to make their voices heard.

“Events like this inform students on how to get involved, where students can find these organizations to make an impact, and inspire them by letting known that it can be done,” Jonese Austin (22T) said.