Fly like an Eagle, or come out to cheer them on 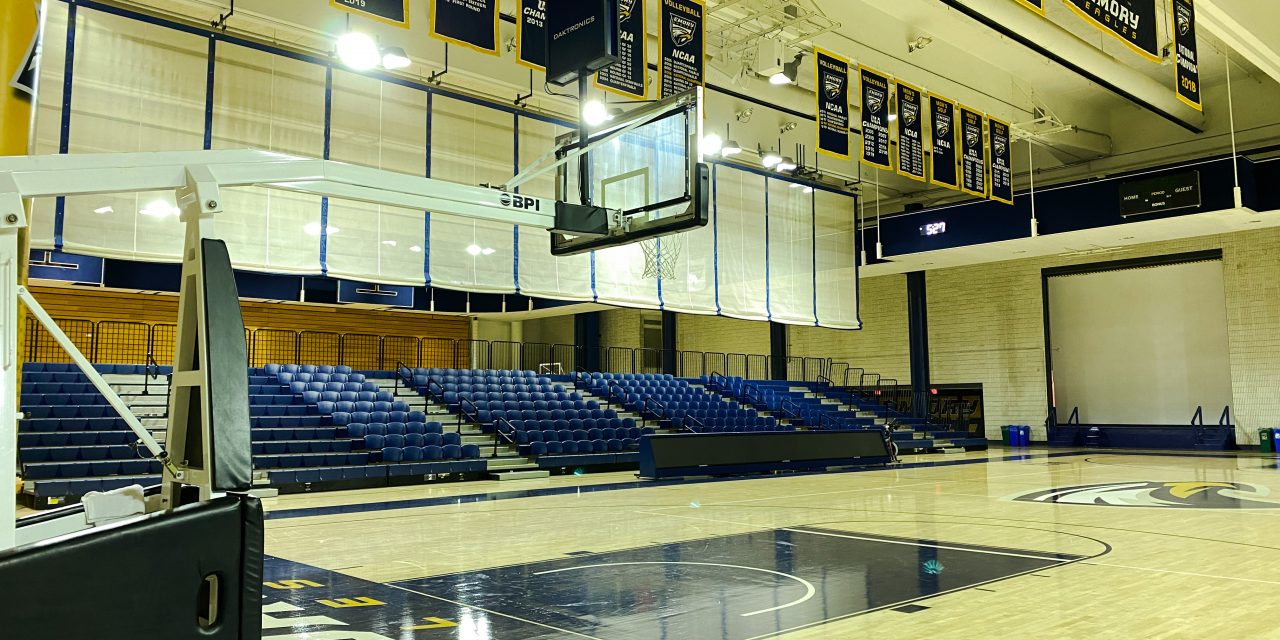 Contrary to popular belief, Emory has a sports community. There’s no better way to get to know your classmates, support fellow Eagles and demonstrate school spirit than to get involved with sports at Emory University. Whether you plan to sit in the stands at games, immerse yourself in the Atlanta sports scene or simply burn off steam after a stressful day at classes, Emory has an athletic community to fit your needs.

The Woodruff Physical Education Center, better known as the WoodPEC, is the heart of Emory sports. All students interested in staying active can find an area of the building that suits their desired experience level, intensity and interests.

The top floor of the WoodPEC hosts a traditional workout center with weightlifting equipment and cardio machines, along with auxiliary basketball and tennis courts. Just one level down on the third floor lies the entrance to the 200-meter elevated indoor track. When walking by the studio rooms on the second floor, it is common to catch a glimpse of students participating in fitness classes and club rehearsals that cover everything from yoga and zumba to martial arts and breakdancing. The main basketball courts, swimming pool, rock climbing wall and ping-pong tables are on the ground floor. Truly, the WoodPEC has something for everyone, and its staff offer plenty of opportunities for students to utilize and explore all the facilities.

Many students also hold part-time jobs at the WoodPEC as attendants at the aquatic and fitness centers and the customer service desks.

Don’t let the satirical “Emory football” shirts students proudly sport around campus fool you: Emory does not, in fact, have a football team. However, the student-athletes across Emory’s ten different varsity sports regularly put on performances that rouse school spirit. Just last year, the baseball, men’s basketball, men’s and women’s golf and men’s and women’s swimming and diving teams were crowned University Athletic Association (UAA) champions, while both the men’s swimming and diving and women’s golf teams captured national titles.

Several Eagles had stellar individual results: rising sophomore golfer Ellen Dong secured herself an individual national title, while both the track and field and swimming and diving teams boasted athletes who brought home hardware from the Division III national championships.

The first varsity contest of the 2022-2023 season is on Sept. 1, when the women’s volleyball team takes on LaGrange College (Ga.) at 7 p.m at the WoodPEC. 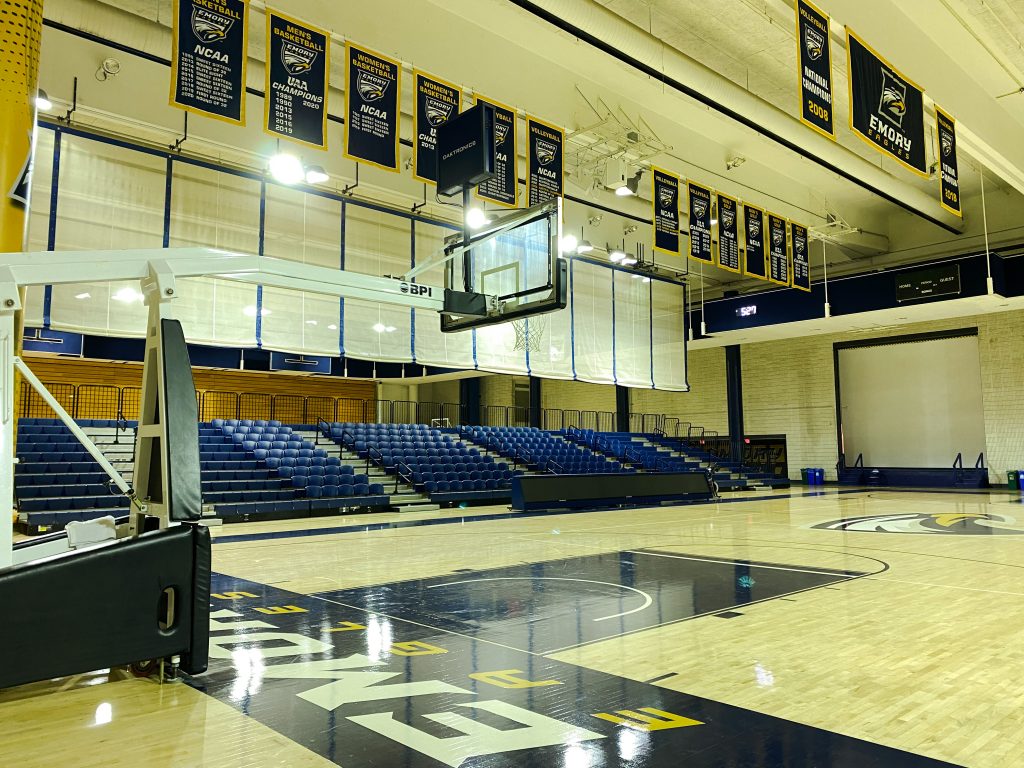 Getting involved in club or intramural sports is a simple way for first years to immediately find a group of friends. Emory offers a wide variety of student-run sports teams at varying levels of intensity for students to choose from. For those who already have experience playing competitive sports and want to test their mettle against other schools, club sports are the way to go. Those who are looking for a more relaxed environment should explore intramurals, which involves structured games among Emory students.

Available sports run the gamut of being as traditional as basketball and soccer to as niche as water polo and badminton. Club fencing has exploded in popularity in recent years and boasts former Olympian Terrence Lasker as its coach. Whether you want to continue playing the sport you dabbled in during high school or pursue a new one, Emory students have the chance to go either route. First years can explore these opportunities at Emory Athletics’ ‘Rec the Night’ event on Aug. 21 at 8:30 p.m. at the WoodPEC.

Simply put, Atlanta is a sports city. Its latest claim to fame is being home to the 2021 World Series champions, the Atlanta Braves, who are currently hold second place in their division. If baseball doesn’t pique your interest, take your pick of any of the other professional teams. Both the Hawks (NBA) and Dream (WNBA) will excite any basketball enthusiast, Atlanta United FC boast the most devoted fanbase in the MLS and the Falcons are the main attraction every Sunday during football season at the state-of-the-art Mercedes Benz Stadium in downtown.

For an easy way to enjoy the Atlanta sports scene, keep an eye out for the raffles and weekend experience shuttles Emory typically organizes for select Hawks games throughout the season. Additionally, Georgia Institute of Technology offers Division I sports and is only a short bus or car ride away, with student tickets selling at much cheaper prices. Because they belong to one of the most competitive athletic conferences in Division I, Georgia Tech athletes regularly square off against some of the heaviest hitters in college sports such as Duke University (N.C.), Notre Dame University (Ind.) and the University of Miami (Fla.).

Atlanta’s sports reputation involves more than just present-day accolades. The area also has a storied athletic history, in part because of how drastically its cultural and political landscape has evolved over the past couple centuries. Consequently, Emory has had the opportunity to host talks and lecture series with prestigious individuals from the sports world to discuss the intersection of athletics with race, gender, sexuality, politics, religion and more.

Writing for any section of the Wheel gives you the chance to flex your literary muscles and dive headfirst into journalism, but the sports section is especially fitting for writers already dialed into the athletic world. There are opportunities to interview some of your classmates beyond the classroom, and even cover events for Atlanta’s professional teams. If you find yourself covertly scrolling through ESPN when bored in class or unable to study without a game playing in the background, then come write for Sports – you’ll fit right in.