Why Doesn’t Emory Have a Football Team? 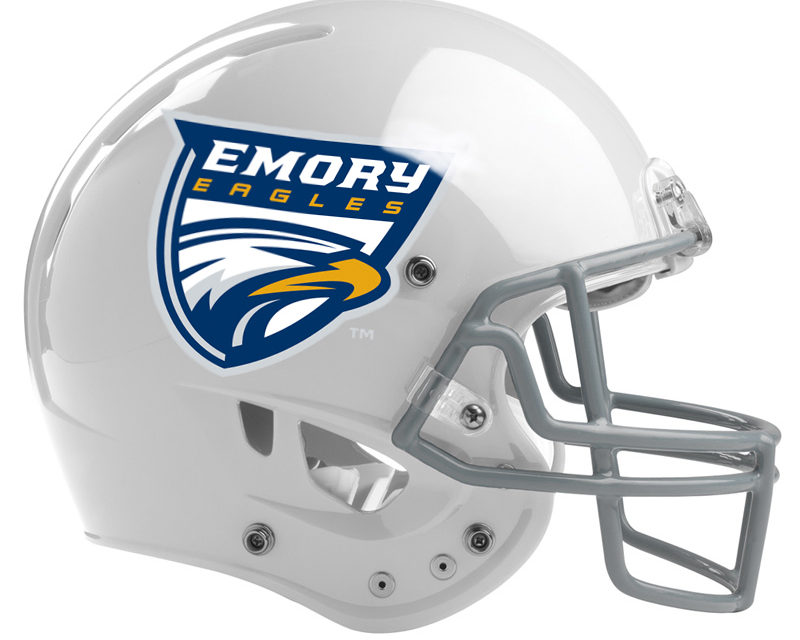 A great question seems to rest perpetually on the minds of Emory students. It is commemorated on witty T-shirts and complained of on nearly every weekend through the end of the first semester.

Why doesn’t Emory have a football team? Speculation abounds on campus. According to a group of Emory students, a common rumor is that one of Emory’s founders – someone – hated football. The truth is somewhat more complicated.

The story of Emory’s missing football program begins not with a football team (there never was a team to begin with) but at a pair of baseball games against the University of Georgia in 1884 and 1886. Emory took a beating on both occasions, losing 17-5 and 12-1, according to a history of Emory athletics called Athletics for All written by Clyde Partin, one of Emory’s foremost physical educators.

Word came back to campus that spectators had been engaging in gambling and “other unsavory matters.” After the second occasion, the Board of Trustees quickly banned the baseball team from leaving campus to play. When the University of Georgia returned to Emory College in 1891, bets were placed, fights broke out and the Board of Trustees banned intercollegiate sports. The ban read, “In view of the demoralizing influence of match games upon the habits of the students, and the strong tendency to gambling which such games foster, and believing them, in fact, to conflict with the best interests of the young men … Resolved: that the faculty be and are hereby instructed not to permit the students of the college to engage in any match game of baseball or other games … whatsoever.”

According to Athletics for All, Emory College President Warren Candler (1875C) related to the Board that the students were in favor of the ban. The team in favor of the ban won in a debate between two of Emory’s literary societies.

“At the time, there was a lot going on with intercollegiate sports that was just beyond Emory,” said Tim Downes, Emory’s director of athletics and recreation. “But Emory took a stand that it really did not want to partake in intercollegiate athletics.”

The ban on intercollegiate sports ushered in a new era for Emory students. Shortly after the ban was levied, Candler converted the building that housed the Department of Toolcraft and Technology into a gymnasium. Physical education was added to the curriculum and, according to Athletics for All, the administration’s focus shifted from intercollegiate sports to intramurals.

“Candler took a classic ‘Olympian’ approach to recreational athletics,” University Vice President and Deputy to the President Gary Hauk said. “The human ideal is a healthy mind in a healthy body.”

The next intercollegiate match of any sport was played in 1919. In the meantime, intramurals at Emory thrived under the guiding hand of Frank Clyde Brown, who Candler hired as his gymnasium director. Brown established Emory’s intramural program and brought sports like basketball and the pentathlon to Emory. When Emory moved from Oxford, Ga. to Atlanta in 1919, Ray “Track” Smathers was hired as the University’s first athletic director. In his short tenure as athletic director, Smathers organized the first intercollegiate track and field meet. In time, tennis, golf and swimming would be added to the Emory’s roster of intercollegiate sports.

“The focus fell on individual sports … and not team sports,” Hauk said. “Intercollegiate basketball was not played for many decades.”

Hauk added that individualized sports also reduced the risk of gambling at events.

Despite a 1928 campus-wide referendum that expressed vigorous support for unlimited intercollegiate athletics and for a petition to the Board for basketball, Emory did not add another program until 1945. At that time, the university’s intercollegiate athletic program consisted of swimming, golf, tennis, track and field and cross-country. According to Athletics for All, baseball, basketball and football were limited to intramurals because they “required elaborate and expensive facilities for public entertainment.”

Ultimately, intercollegiate baseball and basketball teams were added. However, football was maintained as an intramural. Downes said he believes that Emory’s athletic facilities may have prohibited the construction of a traditional football field. But he also suggested that Emory’s “healthy mind in a healthy body” approach to athletics, combined with the physical nature of football, halted the addition of a team. Whereas tennis and swimming were useful skills outside of college, football’s utility diminished after graduation.

In 1986, Emory joined the brand-new University Athletic Association (UAA). At the time, the UAA comprised eight of Emory’s peer institutions, including Brandeis University, The Johns Hopkins University and New York University. According to Downes, the original UAA was lovingly nicknamed the “Nerdy Nine.” Johns Hopkins has since left the UAA, leaving its nickname the “Egghead Eight.”

“We were formed on institutional and academic philosophies, not athletic philosophies,” Downes said. “These are schools that have lofty expectations and that carries over to athletics. We want to be excellent in whatever we do.”

Hauk said he felt that the UAA gave Emory’s athletics program a sense coherence and direction that did not exist beforehand.

Although Washington University in St. Louis, Chicago University, Carnegie Mellon (Pa.) and Case Western Reserve University (Ohio) have football teams that compete in the UAA, Downes emphasized that a football team can often dominate the athletic program at a university, drawing resources and attention from the other sports teams. He said that an athletics program without a football team gives the athletic director an opportunity to treat the teams equally.

“Our focus is very student-centered,” Downes said. “It’s going to be a very personal experience.”

Beatrice Rosen, a member of Emory’s varsity women’s tennis team, said she feels the lack of a football team has drawn attention from the athletics program as a whole.

She also said she feels that school spirit is lacking at Emory because there is no football team to engage the rest of the community.

“A lot of really fun ways to get fans going, like rallies, are associated with football,” Rosen said. “So by not having that, we don’t have those sorts of events. These events contribute to developing school spirit and getting people into the fun of competing.”

While Hauk acknowledged that Emory’s sports fans might not be as numerous or as brightly colored as another university’s football fans, he asserted that the passion is nonetheless present.

“There’s a lot of support there,” Hauk said. “In that sense, [the fans] may not be as numerous but they’re every bit as behind Emory’s teams.”

Ultimately, Downes said he feels that Emory’s athletics program and student athletes accurately reflect the passion and engagement of the rest of the Emory community.

“What I love about our athletes is that they’re some of the best athletes in the country, but that’s not what defines them,” he said. “They have great things going on academically, socially and out in the community. That’s tougher to do with football.”