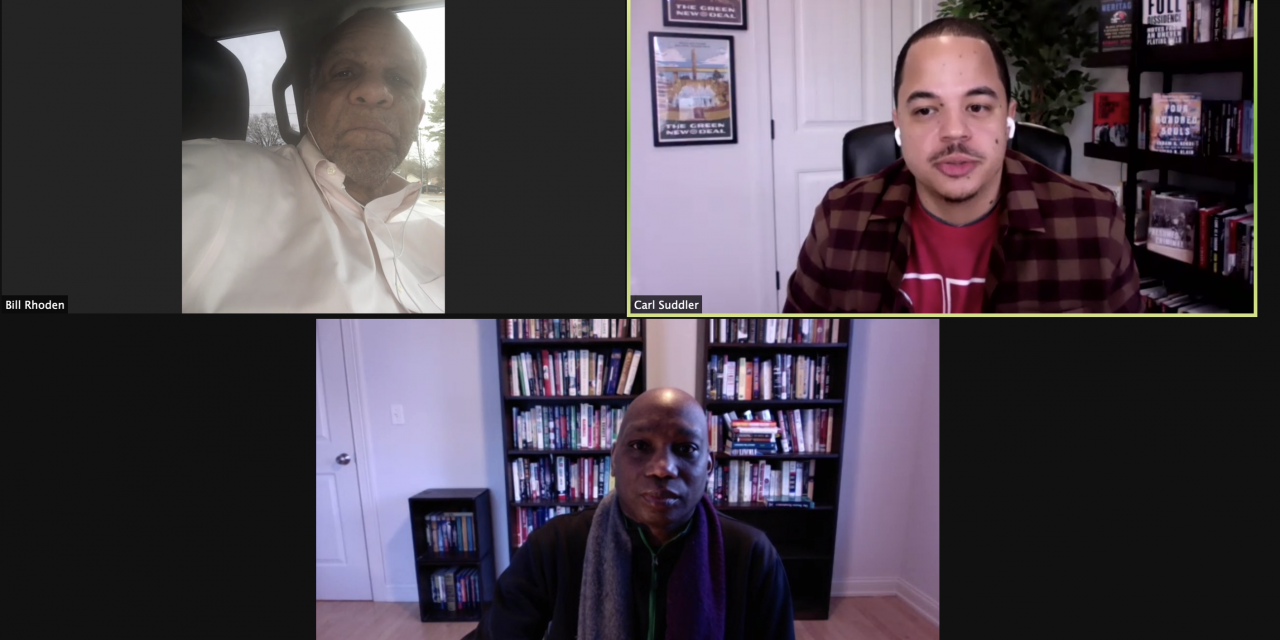 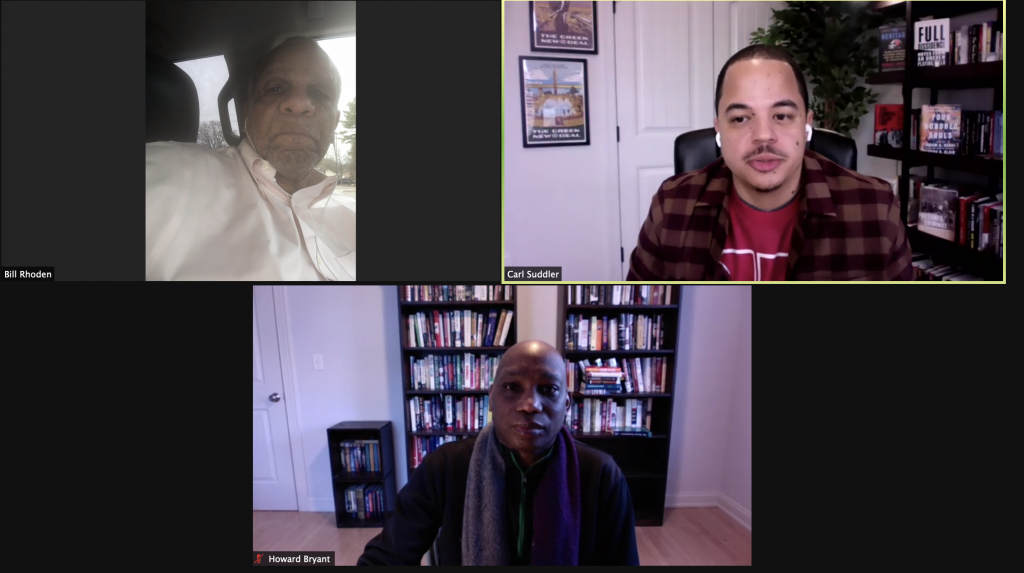 “How much power do you really have if you lose everything by opening your mouth?”

The conversation explored the complexity of race relations in professional athletics, a realm long heralded as an equalizer that struggles to adequately address its racial disparities.

“White America has always allowed Black people to entertain them,” Bryant said. “These integrated spaces are supposed to create some sort of enlightenment and you realize they don’t.”

Bryant explained that power in sports is divided along racial lines, as teams depend on Black athletes to grind out wins, while white owners, coaches and media personnel move the pieces and control the narrative. Fans and season ticket holders are mostly white as well, and the pressure to keep that audience satisfied has been a confusing process for the entire industry.

Bryant and Rhoden suggested that some white people only feel comfortable celebrating Black excellence in a sports setting and are taken aback when Black athletes carry their influence into other arenas. From Colin Kaepernick’s kneeling protests which sparked a national conversation to NBA players’ refusal to take the floor for games after the shooting of Jacob Blake, attempts by Black athletes to use their platform for activism receive harsh backlash.

Conflicts between athletes and franchise owners are nothing new, but the recent racial justice protests in professional sports indicate that players hold sway over the game itself. As Bryant explained, without players, there is no game; without a game, there is no income.

White franchise owners depend on their athletes to fuel the industry, yet some try to suppress Black voices and reduce them to nothing more than entertainers, Rhoden explained.

“At the Capitol building there was the one scene where the white guy had the Confederate flag standing outside the Senate chambers,” Rhoden said. “It occurred to me at that moment, that there are a lot of these team owners and executives who’ve got their own Confederate flag—their invisible Confederate flag—that they put on the organization.”

Bryant and Rhoden drew parallels between slavery and the hierarchy of professional sports, noting Black players give far more to their respective organizations than they receive. Bryant explained that while some may dismiss the notion by citing the immense wealth Black athletes have, the structural inequality of the system speaks volumes.

Rhoden agreed, indicating that as Black presence in sports has grown, so has audiences’ apathy toward the principles Black athletes support.

“The more Black folks are playing, the less you can care,” Rhoden said. “That goes all the way back to the eighteenth century where we’ve defined Black folks, Africans, as people who are not really human.”

Bryant and Rhoden argued that Black athletes must reclaim their narrative and work collectively to level the playing field. They cited recent events like high-profile college athletes committing to HBCUs, quarterback Deshaun Watson’s vocal disapproval of the Houston Texans organization and the diverse coaching staff behind the Superbowl-bound Buccaneers as encouraging signs, and commended the young activists championing the Black cause.

“My parents never, ever emphasized equality to me. They emphasized opportunity,” Bryant said. “I love the fact that this generation, they don’t just want opportunity. They want equality too.”