Films to Watch this Women’s History Month (and Any Month) 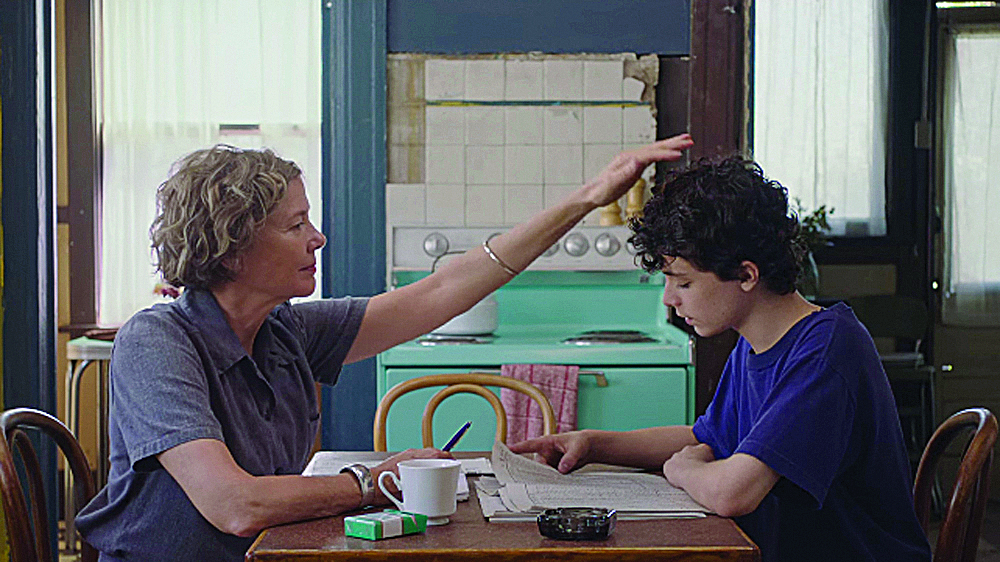 March is Women’s History Month. While you may not have celebrated International Women’s Day on March 8 with the ladies in your life or made time to read up on powerful female historical figures these past two weeks, it is not too late to honor and commemorate the experiences of women. Here are five excellent films about some of the world’s amazing women. I recommend them hoping that they inspire the same strength and tenderness in you that they have inspired in me.

This semi-autobiographical Mike Mills film follows the relationship between middle-aged divorcee Dorothea Fields (Annette Bening), her 15-year-old, skater-boy son, Jamie (Lucas Jade Zumann) and the residents of Dorothea’s Southern California boarding home. When Dorothea becomes attuned to her son’s growing angst, she invokes the help of her tenant Abbie (Greta Gerwig), a crimson-haired punk photographer, and Jamie’s friend, Julie (Elle Fanning), a sage and sexually avaricious teenage girl, to help raise Jamie. Set in the 1970s, “20th Century Women” excels not only because of Mills’ keen ability to capture the challenges of caring for someone, but also because of his ability to represent his relationship with his own mother on-screen through Dorothea and Jamie (and classic Talking Head songs). The film effectively highlights the inextricability of healthy masculinity from respecting women and answers the question: Do you need a man to raise a man? Hint: The answer is no, you don’t.

“Whale Rider” is an Oscar-nominated, New Zealand-German drama about Kahu Paikea “Pai” Apirana (Keisha Castle-Hughes), a young Maori girl who aspires to be the chief of her tribe. Pai is named after the legendary Maori ancestor, Paikea, who famously rode and received help from whales in times of peril. After the untimely death of Pai’s mother and twin brother during her birth, Pai’s father temporarily departs to Germany. She is then raised by her grandparents Koro (Rawiri Paratene) and Nanny Flowers (Vicky Haughton). While Pai stands out within her community as an intellectually curious and kind person, her life is complicated by lingering grief and self-doubt spurred by her grandfather’s belief that only men should be chiefs and that Pai is to blame for the deaths in their family. Pai’s ability to triumph over personal strife, cherish her familial naysayers and positively impact her environment is inspiring. “Whale Rider” is a gorgeous film that celebrates the Maori women of New Zealand. Hughe’s Oscar-nominated performance is sure to bring tears to your eyes and joy to your heart.

“Una Mujer Fantastica,” or “A Fantastic Woman,” is a Chilean drama about Mariana (Daniela Vega), a young transgender waitress and singer. Mariana and her boyfriend Orlando (Francisco Reyes) share an apartment, dog and life. However, after Orlando’s sudden death, Mariana is forced to confront his transphobic ex-wife, participate in an ongoing investigation about his death and traverse the initial stages of her grief. The film is a triumph of cinematography, screenwriting and performance. Above all, “A Fantastic Woman” is especially important because of its honest, holistic representation of a trans person’s experience. When representing the lives of LGBTQ+ people, films often make the mistake of portraying intense violence and discrimination as plot devices rather than as representations of authentic lived experiences. Consequently, stories about LGBTQ+ people become tragic and colorless by default. While Mariana faces significant challenges because of her identity, “A Fantastic Woman” also highlights the love and support she receives from the people in her life and displays the agency she possesses to be the heroine of her own story. Additionally, the film’s impact has transcended cinema — its 2017 Oscar win for Best Foreign Language Film helped expedite the passing of Chile’s transgender rights bill in November 2018.

Most people are unfamiliar with African cinema outside of the few Nigerian film scenes popularized by Vine. While African stories may live in the popular imagination as being few and far between, there are a wealth of rich narratives to experience. Ousmane Sembene’s “Faat Kine” is a marvel of Senegalese cinema. The film follows the journey of Faat Kine (Venus Seye), a single parent and successful businesswoman who raises her two teenage children in modern-day Dakar, Senegal. In a patriarchal, post-colonial Senegal, Faat Kine lives comfortably as a self-sufficient, middle-class woman. However, her life is complicated by the presence of her past flames, the pain of past abandonment and the pressure her children force upon her to find a husband. The film succeeds in representing multiple facets of Senegalese life and in challenging the rigid idealization of the long-suffering, chaste and therefore worthwhile African woman. “Faat Kine” is an outrageous, sometimes kinky and altogether fun story about a Senegalese matriarch and her life at the top of the heap.

Sports films with female leads rule — not only because they provide important commentary on the boundaries placed on women but also because they give audiences the opportunity to watch women defy those boundaries. “Dangal” is a 2016 Bollywood family sports drama about Geeta (Fatima Sana Shaikh) and Babita (Sanya Malhotra), two young girls who become international wrestling champions through the guidance of their father, Mahavir (Aamir Khan). Khan gives an impactful performance as a strict, compassionate coach and father. The film, a semi-autobiography based on the real-life Phogat family, has gone on to become one of the highest-grossing sports films worldwide and highest-grossing Indian film of all time. Aside from its box-office success and uplifting true story, “Dangal’s” choreographed wrestling sequences, father-daughter story and critique of gender stereotypes make it a must-see.