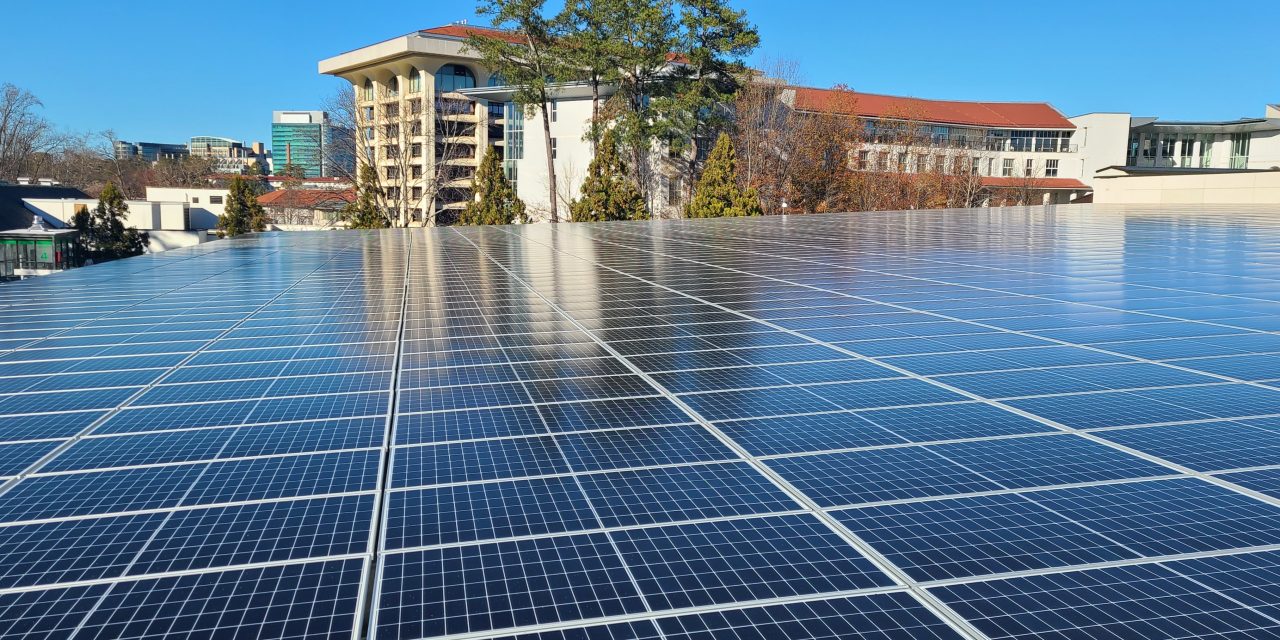 Within the past year, Emory has installed 6,530 solar panels atop eight buildings and parking decks as part of a sustainability initiative to transition 10% of campus energy sources to renewable energy by 2025. In the first phase, three sets of panels were installed and connected to the Georgia Power grid on 1599 Clifton Road, Fishburne parking deck and Gambrell Hall.

The project, in collaboration with energy company Cherry Street Energy, will install 15,000 panels across 15 buildings by 2025. Cherry Street will pay for the panels and their installation, supported by tax incentives, and will have control over maintaining the panels for 20 years.

“I think when students come back they’ll be really excited because it’s pretty transformational,” Director of Sustainability Initiatives Ciannat Howett (87C) said. “Despite the financial crisis, we were able to move ahead.”

“We have so many exciting sustainability vision goals. Our big hard goal is greenhouse gas reduction,” Howett said. “We just completed our latest greenhouse gas emission inventory and we found that we’re at 31% reduction. We think we can get to 45% by 2030.”

Unlike other projects halted by the pandemic, Cherry Street Energy was able to continue the solar panel installations. Howett called this the “silver lining” of Emory’s reduced campus capacity.

“By having a reduced occupancy on campus, it enabled us to perform the construction on some of the parking decks because they were not at full capacity,” Howett said. “We didn’t see delays.”

Howett said Cherry Street Energy also deliberately sought out workers who lost their jobs during the pandemic through a program called Shine On, which aims to provide occupational training to “displaced workers” and establish careers to support local residents.

The Office of Sustainability Initiatives aims to complete many projects like the solar panel installations by 2025. Some collaborations include solar micro-grids on the Health Sciences Research Building and better pedestrian and bike path lines with the Path Foundation. Most recently, the Environmental Protection Agency awarded the University a $298,502 grant for an anaerobic digester, a process that breaks down food waste into energy.

Howett also noted that the Office of Sustainability Initiatives is collaborating with other campus offices like the Office of Diversity, Equity and Inclusion to incorporate racial justice initiatives within their work.

“We’ve really embraced and framed our work around these goals that form a bridge between social justice and equity concerns with traditional environmental impact,” Howett said.