First-Years Excited, Nervous About Moving Into Dorms for the First Time 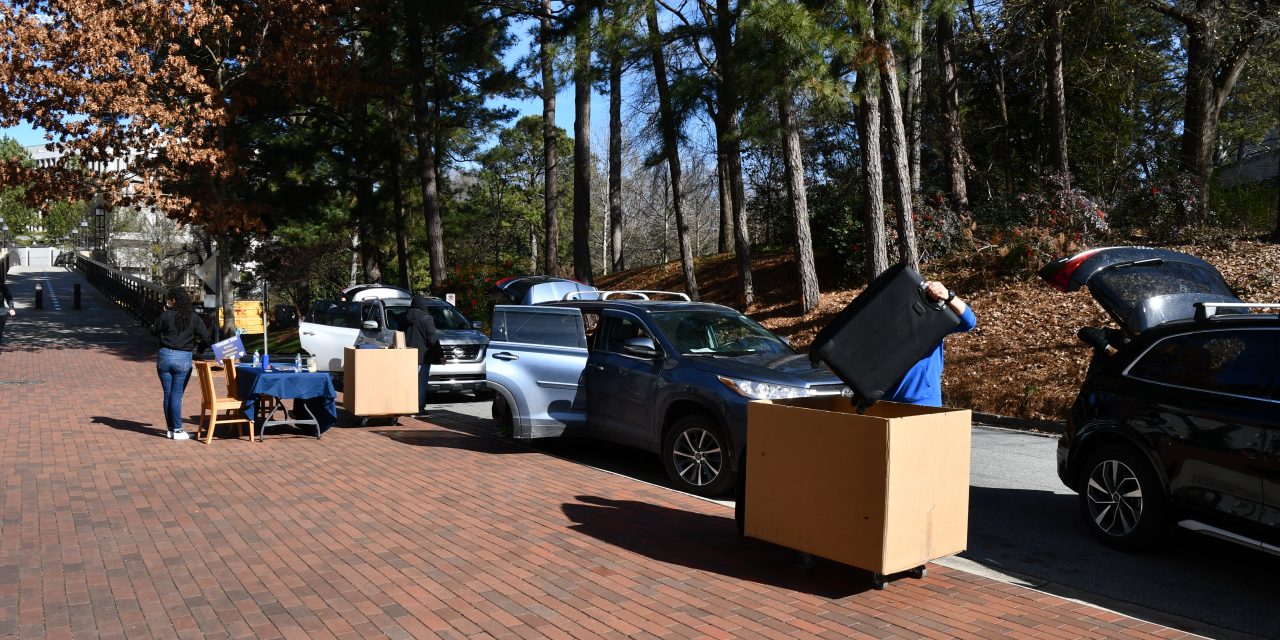 Moving away to start college is often a rite of passage that bonds first-year students. This year, however, the option to study remotely split the Class of 2024 into two distinct groups: those who lived on campus for the fall semester and those who learned from home.

On Jan. 23, the former group expanded as the Atlanta and Oxford campuses welcomed 174 new first-years to their residence halls.

Despite initial uncertainty about the University’s COVID-19 policies, the relatively low number of on-campus COVID-19 cases in the fall made Chitralekha Yarasani (22Ox) from Edison, New Jersey confident that she would be safe to join the Oxford first-years this semester. 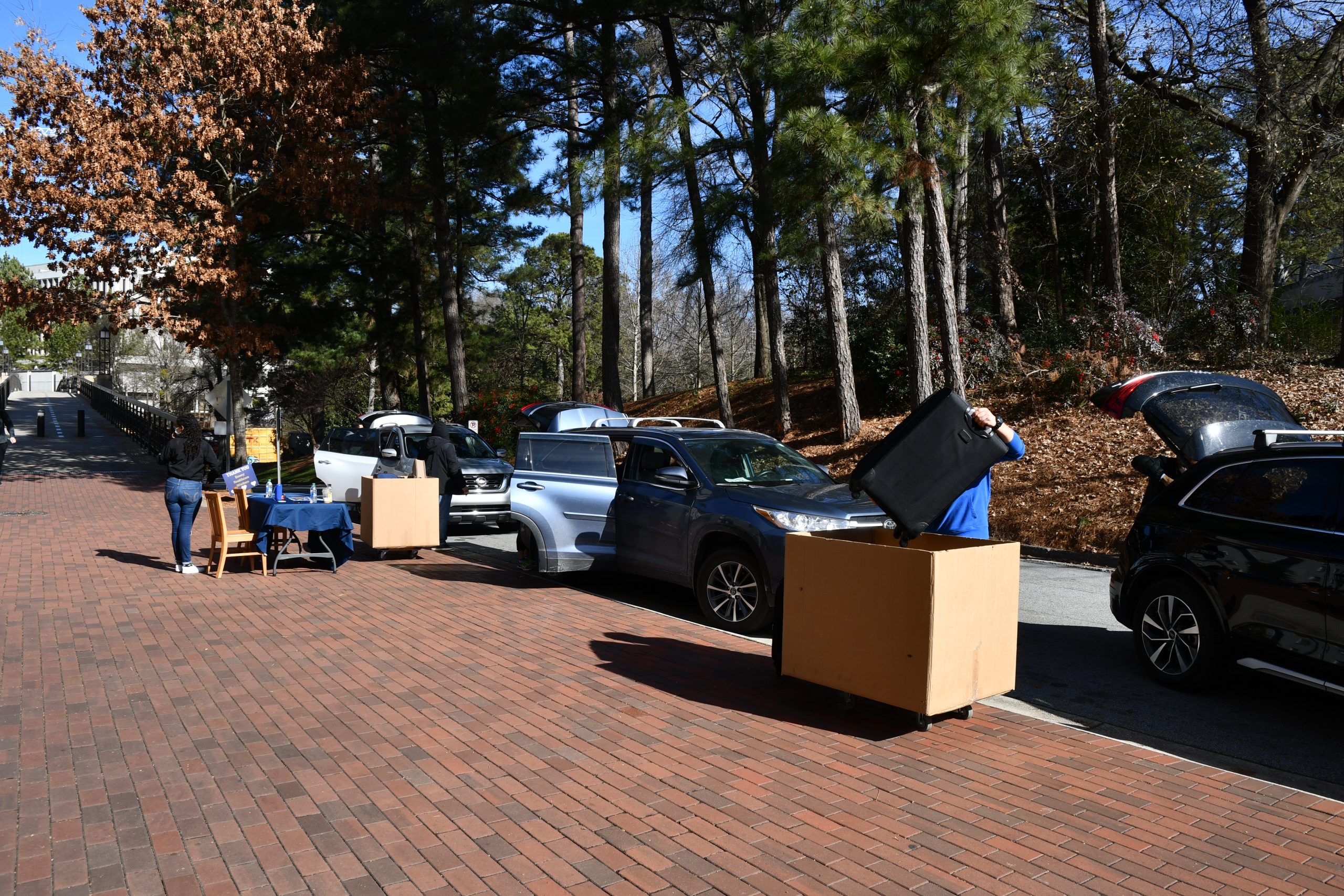 “I got my time at home and I was ready to have a change of scenery,” Yarasani said. “I didn’t want to give [an in-person experience] up just because I was online.”

Singapore native Kayla Kim (24C) said she considers her hometown to be far safer than the United States, so she’s worried about catching COVID-19 on campus. However, the 12-hour time difference between Singapore and Atlanta was too disruptive for her to stay home in the spring.

“I would have classes in the middle of the night,” Kim said. “That was definitely really challenging and I felt like it did impact my grades. I still did pretty well, but I would have done better if I had actually gotten sleep and not stayed up for a class or an exam.”

Kim hopes to integrate into Emory’s social scene as a new sorority member. She also became close with a few people over social media within the past few months and is eager to meet them in person.

Denver native Will Kerscher (24C) said he was able to form Emory friendships despite living two time zones away. A member of the varsity swim team, Kerscher stayed in touch with his first-year teammates on campus even though he trained from home.

“With athletics up in the air, I had guaranteed training at home,” Kerscher said. “It was kind of unsure what we were going to do training-wise here [in Atlanta]. So, just talking with my coaches, [we] decided that was the best option.”

Like Kerscher, LuLu Scully (24C), who moved into Smith Hall at Oxford College for the first time, found a tight-knit community in her virtual music department classes in the fall and bonded with other students also specializing in vocal performance. However, as a self-proclaimed introvert, she expressed trepidation about initiating conversations and meeting new people.

“I think I’m fairly nervous, a healthy amount of nervous,” Scully said. “I do like being by myself, which is a good thing, but when you’re … not even living with family or anything, it’s important to try and put yourself out there.”

Yarasani also expressed anxiety about being a newcomer but is thrilled to finally experience the Oxford community firsthand.

“I’m a little nervous just because I know people already have some friend groups made, but at the same time everyone seems really welcoming at Oxford,” Yarasani said. “Everyone’s just so nice and they want to get to know you.”

While Kim previously visited Emory, she said adjusting to campus life while trying to stay safe has been “difficult,” especially because she is still finding her place at Emory.

“It’s definitely been hard and I definitely feel homesick,” Kim said. “It’s still really hard because everybody has their own groups. Finding a place where I officially and fully belong to is kind of stressful.”

Kerscher also noticed the social divide and is thankful he does not have to navigate established friend groups.

“Honestly, I can imagine it would be really tough to not be a part of the swim team and come in this semester,” Kersher said. “There’s definitely some social groups that have formed, so there’s less of that outreach.”

Last semester, virtual learning was draining and isolating for remote students left out of Emory’s social scene. While campus activity is subdued and academic life is less vibrant, Scully insisted she welcomes the chance to be closer to the Emory community, no matter how limited.

“I came in with very low expectations,” Scully said. “Last semester was kind of sucky, so anything was better than. I’m kind of just ready to try something new.”