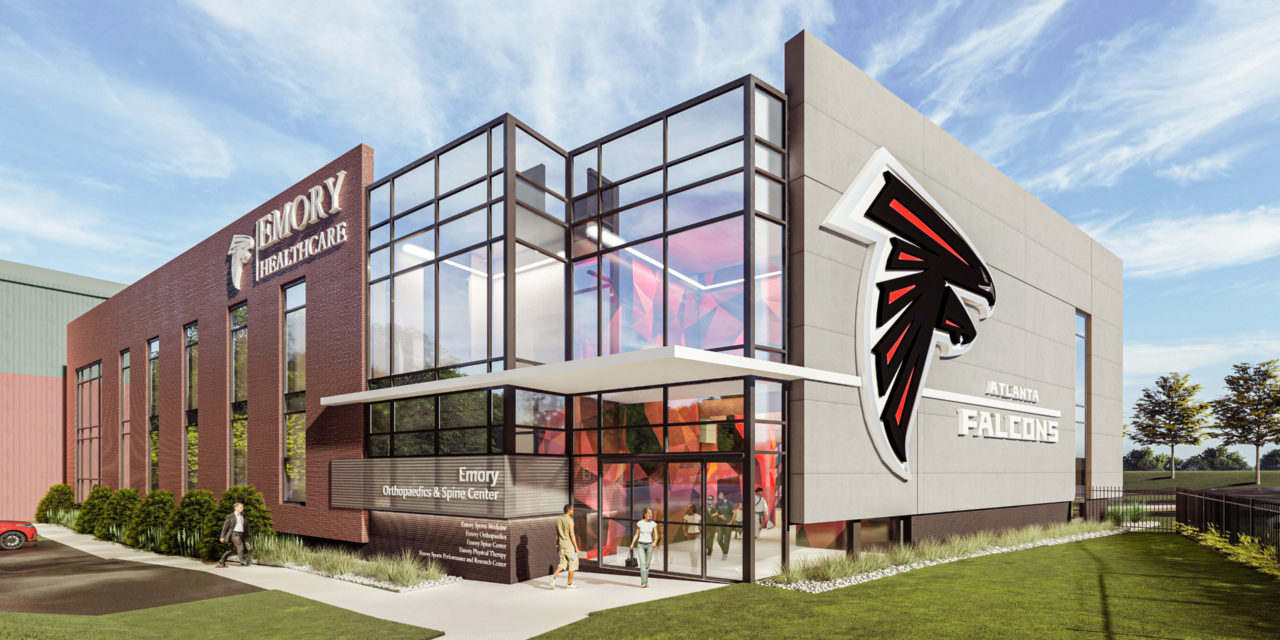 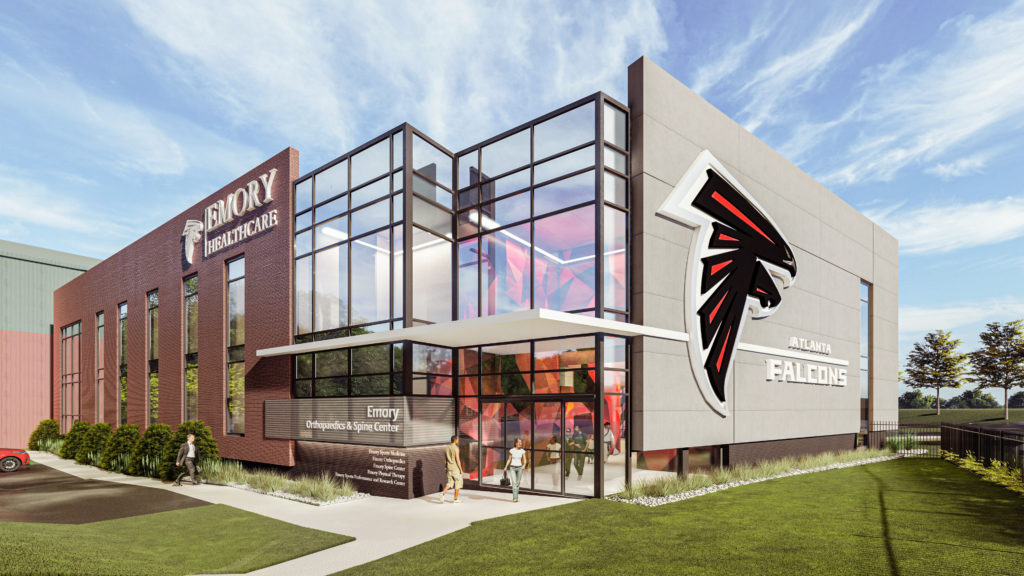 Emory Healthcare (EHC) and the Atlanta Falcons broke ground on a new orthopedics and sports medicine facility at the Falcons’ headquarters, the IBM Performance Fields, in Flowery Branch, Ga., on Sept. 23. The construction of the facility, which is slated to open in the fall of 2020, is the latest development in the longstanding relationship between the Atlanta Falcons and EHC.

EHC doctors have served as team physicians for the Falcons for the last seven years, and last year EHC became the team’s official health care provider. The two organizations recently announced a significant expansion of that partnership, which includes joint fundraising activities, community activities and construction of the orthopedics facility.

“[The facility] will help us take care of the Falcons organization as well as the public in the same facility,” said Scott Boden, professor and chair of the Department of Orthopedics at the Emory University School of Medicine.

The facility will help reduce injuries and improve outlooks for injured Falcons players. The sports medicine physicians, as well as high quality diagnostic imaging, will provide a level of injury detection and quick diagnosis that few NFL teams have, according to Boden.

“The way that we are able to bring that to the Falcons is by virtue of the fact that we will be operating that facility also for the public because you couldn’t justify committing those kinds of assets just for 60 football players,” Boden said.

This facility will be the northernmost branch of the Emory Orthopedics and Spine Center and will be able to treat many musculoskeletal problems, short of ones that require surgery. Patients will receive treatment ranging from back or neck problems to arthritis.

“Pretty much any orthopedic problem will be able to be seen there, and either treated there, or, if necessary, bring in other specialists [who] are part of the larger Emory orthopedic system,” Boden said.

Most of the facility’s $15 million construction cost will be covered by the Falcons, according to Boden.

“The structure [of the deal] is similar to if [EHC] were going to rent office space anywhere else in the area. The Falcons are essentially serving as the developer and building the building,” Boden said. “Emory is going to cover the cost of some of the finishes and equipment for the building, and obviously is going to lease the space, like we would any other medical office, from a third party.”

Beyond serving the Falcons, the new facility will also research injury prevention for student athletes at the high school level and will work to make football safer.

Researchers will work to identify athletes who are at risk for certain injuries and prevent them before they happen.

“A lot of this research will involve younger athletes because a lot of these problems happen before they become professionals, even though they only manifest themselves later on when they get to the usage and the skill level required of a professional,” Boden said.

The research will not be limited to football and will be applicable to other sports as well. Research will work to prevent ACL tears, a common leg injury that affects players of almost every sport. Similarly, concussions, a major injury concern for football, also affect soccer, softball and basketball players. The research will be conducted at high schools throughout Georgia.

“It depends on the funding, but our expectation is to actually go out to remote schools and do some injury screening and prevention, and then offer certain students in certain situations the opportunity to come in for more intensive studying or prevention strategies at the laboratory in Flowery Branch,” Boden said.