The Briarcliff Corridor Water Infrastructure Replacement Project, which will replace about 45,000 feet of water lines along Briarcliff and North Decatur roads, began construction on Sept. 22, according to Engineering Manager at the DeKalb County Department of Watershed Management Keith Laguaite. The project will replace several pipes that have been in use for over a century.

The project will implement rolling, single-lane closures rather than complete road closures.

Laguaite said the county had been receiving a high volume of service complaints about the water system in the Briarcliff area for the past decade. In June 2019, the county determined that the water lines needed to be replaced after complaints from local residents.

“[The complaints] really spiked back in May or June this year when it got warm,” Laguaite said. “People probably started watering grass, filling pools and the available flow was reduced. … they would turn on their faucet and they’d get water, but it just wasn’t what they’d expect.”

The area’s oldest water lines were installed in 1907 and the rest in the 1930s and 1940s. Laguaite said that these lines, which are composed of pipes between six and eight inches in diameter, have all exceeded the serviceable life. The project plans to replace all lines with eight-inch steel piping.

Several scheduled water outages will occur throughout the project, and residents will be notified between 48 and 72 hours in advance. Laguaite said the outages usually last five to 10 minutes, and at most a few hours.

Emory’s water supply will be unaffected by the replacement project because the campus has a separate water supply system, according to Laguaite.

“The bigger issue is just traffic. Whenever you cut a road to install a water line or infrastructure, it messes up traffic,” Laguaite said. “We are working the first couple of weeks down around Emory Village at night to avoid the commercial interruption.” 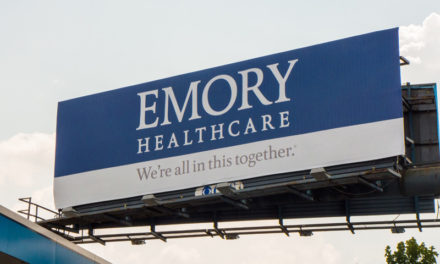