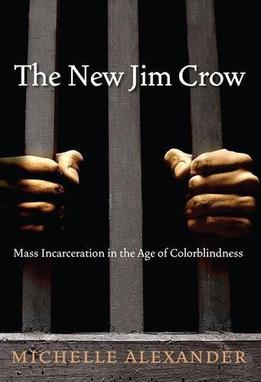 The bill, which passed 13-1, also creates plans for discussion groups that will take place between students and faculty in January 2021.

On Oct. 6, the bill was tabled after legislators voted to schedule a second reading in a 12-2 vote. The Coalition of Black Organizations and Clubs (CBOC), which helped craft the bill, issued a statement on Oct. 13 criticizing the delay. The statement, which was signed by over a dozen clubs and student organizations and over 100 individual students, stressed the urgency of the bill.

“During the summer following countless acts of racial injustice, SGA promised that they would help to educate students on a myriad of experiences shared by Black and Non-Black Students of Color,” the statement reads. “With the next election approaching quickly it is imperative that SGA support efforts to increase diversity, equity, and inclusion in the wake of violence and injustice against BIPOC at Emory and in the nation at large.”

At Monday’s meeting, SGA President Lori Steffel (21B) said the focus of the bill had shifted and that discussion between students, faculty and staff was now a priority, rather than solely the distribution of the books.

“The focus of the bill is now about discussion, rather than just getting the books in people’s hands,” Steffel said. “There will be digital copies sent to students in place of books, and I think that would be the preferred method of distribution. The [physical] books will be there for the students for whom it [would] greatly improve their experience to have a physical copy of the book.”

The discussion groups are planned to take place in January, and SGA hopes to have them be facilitated by faculty who submitted recommendations to the reading list and staff from the Office for Racial and Cultural Engagement.

“[Participation] will be voluntary but highly encouraged,” Steffel told the Wheel. “We want to make sure that, if for any reason students are unable to participate in a discussion group, they are still able to receive access to the book..”

The SGA bill also accounts for any funds that may be left over from the $6,380 that has been allocated because of the changes to the bill.

“Any funds that are not used for this initiative — so lets say, demand is less than the 400 that we are allocating for — that money will automatically be used for expanding access to all books on the reading list through the library,” Steffel said.

SGA has also changed the physical book that interested students will receive. “The New Jim Crow,” which examines the racism of modern mass incarceration, was the most popular choice in a poll sent to students on July 27 and will replace Angela Davis’ “Are Prisons Obsolete?”

Since SGA believes that both books will soon be available online through the library, they chose to provide physical copies of the more popular book among students. The books will be bought from Medu Bookstore, a Black-owned bookstore in Atlanta. The difference in the price of the two books was taken into account by SGA.

“Supplemental funding, if needed, will be pulled from either the SGA executive account and/or the College Council one,” Steffel said. “If 400 students request this book, we will need to pull some additional funds, so those accounts will hopefully cover that.”

Before the bill went to a vote, Emory Student Nurses Association Legislator Esther Ahn (22N) read a statement from her colleague Adaora Ede (21N), who could not attend Monday’s meeting.

“As one of the few Black legislators, it feels especially iffy to me that the discussion bill has been a point of administrative contention rather than a call for racial progressiveness,” Ede’s statement read. “I feel quite uncomfortable … that some members of the other legislative bodies … reached out to us with the purpose of changing our opinion. Additionally, I didn’t feel very appreciative of the fact that the CBOC statement was called ‘a misrepresentation of the situation,’ when [the statement] derived from the very Black organizations this bill was meant to assist.”