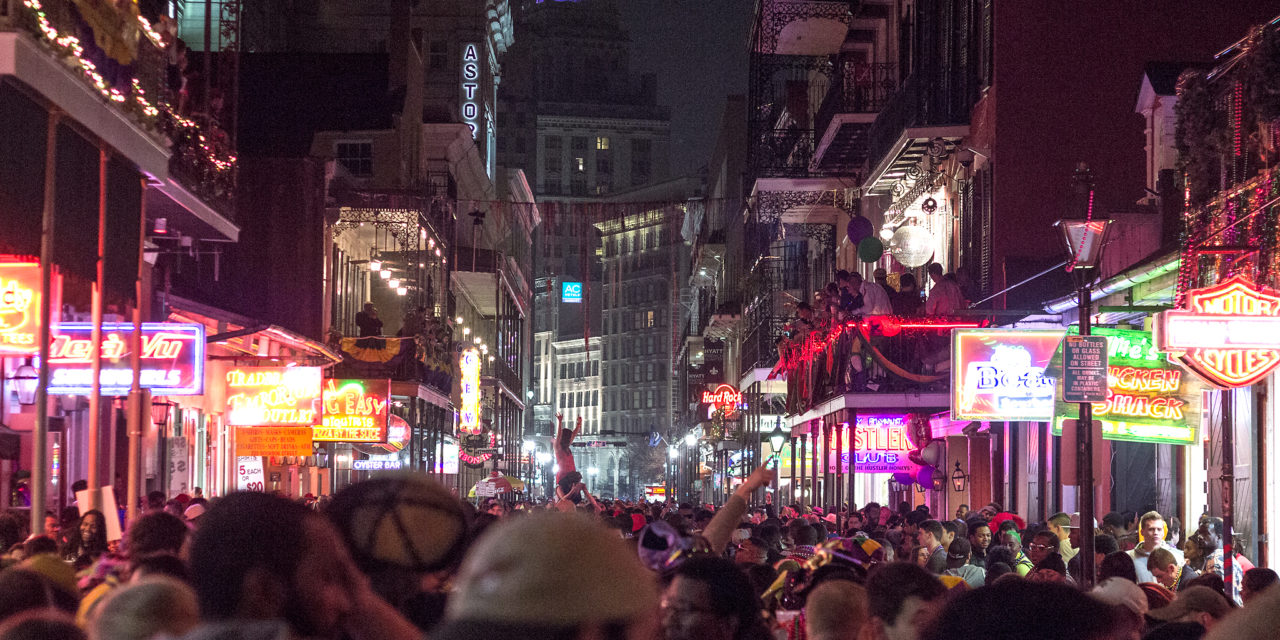 Thousands of people flooded to the streets of New Orleans last week for Mardi Gras, or “Fat Tuesday” in English. In fact, the city of New Orleans has become almost synonymous with the festivities. When I was little, I heard about Mardi Gras and its lavish carnivals and celebrations from my parents, but it was not until this year’s festivities that I actually experienced the event for myself — and it certainly lives up to the hype. People of all ages visit the Creole city, specifically Bourbon Street, for the festival and the good memories that come with it.

Thanks to Emory’s “close” proximity to New Orleans, many students travel down south for the weekend to celebrate with their friends and thousands of strangers. What makes Mardi Gras so special? According to College sophomore Areeta Shah, she decided to take the seven-hour road trip because it was always a dream of hers. “I went to Mardi because I saw all my friends were going and having such a great time in prior years, and I wanted to experience it for myself,” Shah said. Shah noted the excitement of “being in a crowd of people that are equally as excited to have this experience” as a major part of her love for Mardi Gras.

To get to New Orleans, Emory students drove down with friends, took public buses or flew to make a quick and easy trip. For me and many of my close friends, the drive down to NOLA was part of the experience.

Yes, seven hours in a car driving through Alabama and Mississippi is not the most entertaining and gorgeous drive, but it was worth it. Airlines and hotels are notorious for driving up the prices of flights and rooms around the time of Mardi Gras, so driving and paying $25 to fill up a tank of gas was definitely the more economic option.

College junior Rachel Klein decided to return to Mardi Gras for a second time because “it is one of the most fun weekends — people come from all over, including [her] friends from other colleges. Everyone there is so happy and carefree, making it easy to have a good time.” Klein also said she believes that her experience was more enjoyable this year because she is now 21 and was able to visit the famous Pat O’Briens Bar.

College sophomore Tahira Saalik said that Emory students go to Mardi Gras because “It’s a great experience with friends, and New Orleans is relatively close by for the trip.” Although Saalik was not able to go this year, she intends to visit the city in the near future.

The tradition of Emory students traveling to New Orleans for Mardi Gras has extended even to freshmen; however, Shah notes that it may not be the best option to go during your first year at Emory. “I think that freshman year is not the time to go because I was still trying to settle into a new lifestyle and it is very difficult on Bourbon Street to get into bars underage.”

College freshman Carly Lapidus does have intentions to attend Mardi Gras in the future, but says her plans did not work out this year. “I didn’t go to Mardi Gras this year because I didn’t think that a lot of freshmen would go,” Lapidus said.  “By the time I thought about going, it was too late to make plans or reservations. It definitely looks like a lot of fun roaming around Bourbon Street and celebrating with friends, so I plan on going in the future.”

With rising prices and time away from campus, some students may not see Mardi Gras as a worthwhile experience. Shah said that she feels the only downside to going to Mardi Gras was that “Emory literally moved from one state to another; however, I will never regret going because I loved the energy and spirit of the festival.”

In terms of my own experiences, I can agree with Shah on many of her points. It was a desire of mine to make it down to NOLA at least once during my time at Emory, and the weekend did not disappoint. I enjoyed my time traversing down Bourbon Street and interacting with friends and strangers who all were there to celebrate and enjoy themselves. Getting to walk down Bourbon Street and seeing plenty of people dressed in the most outrageous, yet fun clothing was very inspirational — Mardi Gras is a time to simply let go and have fun.