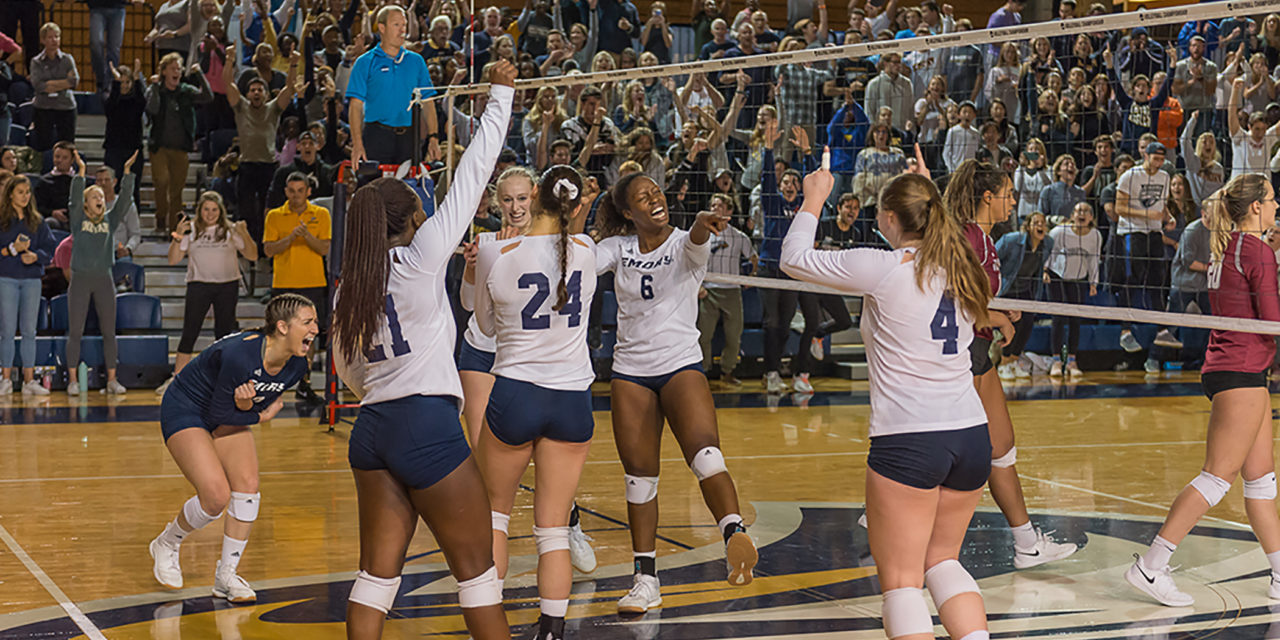 The Emory volleyball team is heading to the 2019 NCAA Division III Women’s Volleyball Tournament quarterfinals after three consecutive victories in front of a lively home crowd of roughly 300 during the NCAA Division III South Regional Tournament between Nov. 15 and 17. The Eagles have now claimed their fourth straight regional championship and have not lost a single match in November. 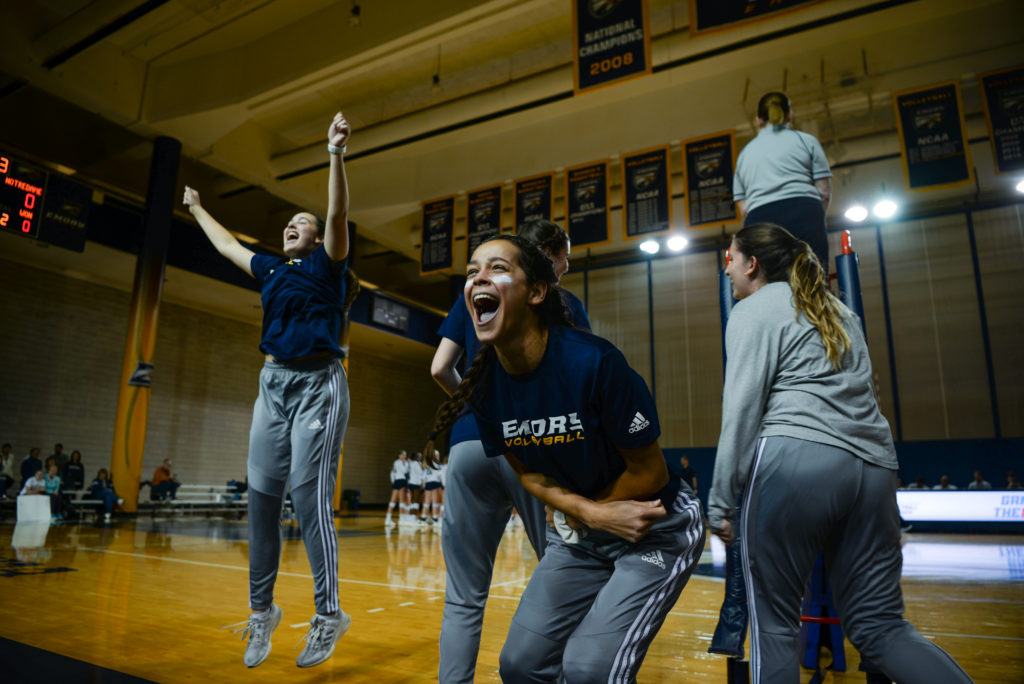 Head Coach Jenny McDowell said the team is peaking at just the right time once again this year.

“Thankfully we have played our best volleyball in November for the past four years,” McDowell said. “So much of that credit goes to [Head Strength and Conditioning Coach] Ben Reynolds and his staff for preparing us to be at our strongest at the end of the season.”

Emory began their postseason defense of their NCAA championship title with a first-round matchup against Notre Dame of Maryland University. The No. 1 Eagles erased any hope of a first-round, fairytale upset and dispatched Notre Dame in three straight sets. Emory hit a remarkable .560 hitting percentage and limited Notre Dame to below 11 points in each set.

The Eagles’ second-round match against Transylvania University (Ky.) was a more difficult task. With a 5-0 lead to start the first set, Transylvania looked like a credible threat to the Eagles’ title hopes. But Emory regained composure quickly — as they’ve done all season in tough situations — and went on to take the first set 25-20.

Senior libero Elyse Thompson believes these types of defensive performances will go a long way for their title aspirations.

“As a libero, I am definitely inclined to say defense wins championships,” Thompson said. “Our mindset of ‘dig or die’ is what fires us up to keep every ball off the ground.”

In a rematch of last year’s regional semifinal, Emory took on No. 8 Colorado College for their final game. The Eagles, in a match fully deserving of its Sweet 16 status, struck first with a narrow 25-20 first-set win. The second set was agonizingly tense for each teams’ supporters but an enthralling match for all volleyball fans. The score was within two points for the last 31 points in a back and forth showdown that saw both teams, on several occasions, win do-or-die points to keep the set alive. Finally, with Emory leading 28-27, a McKnight kill gave the Eagles the second set, 29-27. Emory continued their momentum into the third set and completed the sweep with a 25-21 win.

Coach McDowell said the second set win was a defining moment in the regional championships.

“Our team never stopped fighting and we kept an aggressive mentality that catapulted us to the win,” McDowell said. “[The second set] definitely was the turning point of the regional championship.”

McKnight was the Eagles’ top hitter with 19 kills, and Thompson anchored the defense with 17 digs.

The win marks the second year in a row wherein a very strong Colorado team has had their season ended by Emory and has left Georgia without a set to their name despite scoring at least 20 points in all six sets. The victory also concludes the Eagles’ season at home, as the final three rounds of the tournament will take place at a neutral site in Cedar Rapids, Iowa. The Eagles successfully defended their nest with a perfect 20-0 home record and produced a great spectacle for the home fans all season long.

Thompson and the Eagles are excited for the opportunity to prove once again they are the best team in the country no matter where they play.

“We are definitely on a mission and have a point to prove,” Thompson said. “In the wise words of [U.S Women’s National Team forward] Carli Lloyd, ‘It’s not about defending our title, it’s about going out there and winning another.’”

Up next for the Eagles is their trip to Iowa for the NCAA Tournament quarterfinals against Clarkson University (N.Y.) on Nov. 21. If the Eagles progress, they will play in the semifinal game on Nov. 22 and the national championship game on Nov. 23.

With every match being an elimination game, Thompson ensures all the seniors will do everything in their power to keep their collegiate careers alive.

“We waited all season for November and we play with such a desire to win,” Thompson said. “Fellow senior captain McKnight and I fist bump every match and say ‘Not our last [match]!’.”