The NCAA Division III South/Southeast Regional Championship, hosted by Rhodes College (Tenn.) at Shelby Farms Park on Nov. 16, was a resounding success for the Emory cross country team. The men’s and women’s teams took first and second places, respectively, and qualified for next week’s Division III National Championship. Marked by personal-best times for multiple Emory runners, the event was especially impressive given footing issues and the tough course, according to team captain Jordan Burgess.

Out of the 239 competing runners, junior Jack Whetstone took first place overall in the event (24:49). The next Eagle to finish was sophomore Spencer Moore (25:11), placing him fourth overall, and junior John Cox followed with a personal-best (25:17) to take seventh place. Sophomore Brett Lucas (25:27), who finished in 11th place, as well as junior Egan Kattenberg (25:45), who placed 18th, also set personal-bests. Junior Matt Dillon (25:55) finished sixth out of the Eagles and 25th overall, while sophomore Jon Marcus (25:59) rounded out the group with a 28th-place finish and a personal-best time.

For the women’s 6K event, Emory finished in second place with a total of 85 points, behind only Washington and Lee’s 36-point performance. Centre College (Ky.) followed Emory with 101 points, Trinity University (Texas) with 160 points and Christopher Newport University (Va.) with 217 points to round out the top five.

Like the men’s team, all five of Emory’s female scoring runners finished within the top 35 with each runner earning All-Region honors. Leading the scoring for the Eagles was junior Susie Martin, who set a personal best (21:43) and finished fifth overall out of 239 total runners. Finishing just behind Martin and also setting a personal record was junior Carrie McIntyre in seventh place (22:17). Freshman Leah Clark (22:34) and junior Ana Morris (22:49) also set personal bests, finishing in 17th and 25th places, respectively. The final All-Region honoree for Emory was junior Abby Durfee, who took 34th (23:01). Freshmen Shana Fitzmaurice (23:27) and Annika Urban (24:04) also had strong showings, finishing in 46th and 79th, respectively.

Martin, the top scorer for the Eagles, was incredibly proud of both teams’ performances and commended each team’s qualification for the National Championship on Nov. 23.

“The men’s team came through with a hugely dominant win which really gave [the women’s team] momentum going into our race,” Martin said. “We knew making Nationals would be tough going into [the race], but everyone really stepped up and brought their best efforts for the team.”

Head Coach Linh Nguyen was also proud of his teams’ performances and anticipates the ultimate goal next week: the National Championship.

“I’m very excited for the National Championship on Saturday and having the opportunity to test ourselves against the best in the country,” Nguyen said. “It’s been a lot of hard work this season, and it’s great to see it pay off.”

The Eagles will look to build on their incredibly strong performances at the National Championship in Louisville, Ky. on Nov. 23. The meet will take place at E.P. Tom Sawyer State Park, a course that the Eagles ran on Oct. 5 at the Louisville Classic. 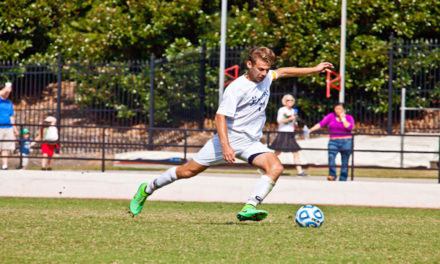 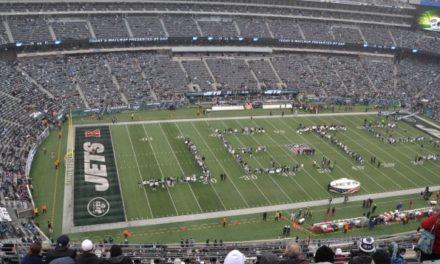