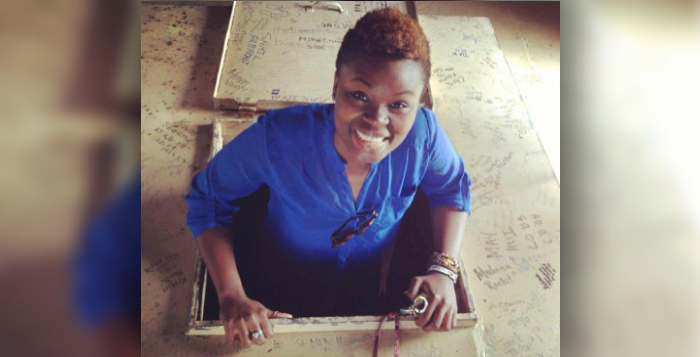 Wheel: When did you declare your major?

Johnson: So, at the beginning of freshman year at Oxford, I was pre-med, and I thought I basically had to be a bio major because I was like, “Oh, that’s ‘the rule’, right?” As I learned more about the pre-med track, I quickly realized that being a bio major wasn’t actually “the rule” and that was when I fell off the bio major “wagon.”

Wheel: What was your major during that interim period? How did you end up switching back to biology?

Johnson: Well, I was an art history/visual arts major for a little while, but then last year (my junior year), I kind of had a mid-college crisis and decided that I wanted to do pre-nursing instead of pre-med. When I made that decision, I took a step back and realized that I actually do love biology and wondered why I ever let go of it in the first place. I don’t know, it’s weird … I just love the technicalities and logistics of biology because it affects the world in so many different ways, and there are so many different things you can study since it has so many different facets. On top of all of that, the requirements for the biology major really overlapped with the pre-nursing requirements. Yeah, it can be super overwhelming at times, but overall, I’m really happy with my decision.

Johnson: I think my favorites were actually Biology 141 and 142! I guess, in a way, they were wake-up calls for me as a freshman at Oxford. It was the first real class that made me feel like I was in college. It was awesome. It just gave me a new perspective on biology and how to really study it – not “high-school” study it.

Wheel: What is the hardest class you’ve had to take for your major?

Johnson: Chemistry. I hate chemistry. It’s not a bio class, but it’s required for the major. Since I’m such a visual person, I can’t see atoms and molecules, so the concepts are really hard for me to grasp. For some people, it’s a breeze, but not for me, that’s for sure! The two chemistry classes I took were definitely the hardest parts of my biology journey, but now I see how important they were for my major. At first, though, they were terrible. I’m just not about that chemistry life.

Wheel: How do the biology classes here compare to the ones at Oxford?

Johnson: Hmm … I think the biggest difference would be that at Oxford, at least from my personal experience, it’s more of a personal journey. Since the classes were smaller (about 15 students in an intro bio class at Oxford versus about 70 in one here on the Atlanta campus), I really got to know everyone in them very well – we all struggled together. I think both campuses have excellent instructors, but I do feel like I got to know my professors at Oxford a little better. Besides that, from my experience in bio classes here, everything goes at a much quicker pace, and there’s a lot more pressure on the student to know the material and keep up.

Wheel: Do you have another major or a minor? If so, how has it complemented your major or given you a unique perspective?

Johnson: I’m a visual arts minor. First of all, it keeps me sane. It’s completely different from sitting in a lab or lecture hall; it’s much more creative and active. It also happens to complement my major very well, especially since I’m such a visual learner. I remember in my freshman year, my professor told me that I was welcome to use a big piece of paper in her room, and so I did! I drew out every single biological process, and it really helped me learn the material. I learned a lot about color coordination and different color theories and patterns and how they help you be more visually receptive to things and remember them more easily. And it works for me!

Wheel: That was an awesome example of a way that you were able to apply art to biology. Has the reverse ever happened?

Johnson: In one of my drawing classes at Oxford, we had a unit on nude compositions, which focused a lot on anatomical particularities. It was really cool because I was really familiar with human anatomy since I was also in a human physiology class. We also did drawings of the human skeleton and visually, that made it easier for me to approach my drawings.

Wheel: Bio is a pretty popular major at Emory, as I’m sure you know. Has that ever intimidated you? Do you find it to be a competitive major?

Johnson: I do think that it is a very competitive major. However, the way that the biology major is set up makes it so that each student has his or her own journey; you get to make it your own, essentially. Besides the core requirements, there’s a wide variety of courses to choose from, which means that no two biology majors are the same, and I love that. I feel like, at Emory, we tend to compare ourselves to others in terms of academic performance, but I feel like this is one major (probably among a lot of others) that has so much diversity within it that there isn’t as much competition. Biology majors’ course choices are, in way, a reflection of themselves and their unique personal interests. For instance, a biology major with an interest in ecology will have a much different experience than one with an interest in human physiology.

Wheel: In your opinion, what is the key to being a successful bio major?

Johnson: Two big things: balance and optimism. Science is a lot – for anyone. I feel like the biggest thing is juggling all of the different components of the field in order to complete them and do them successfully. Be realistic, figure out what works for you, stick to that and don’t overwhelm yourself. The second thing is optimism, just because it’s hard. It’s really hard. But you have to be positive about your entire learning experience. I think Emory does a great job at promoting a liberal arts education in general, which helped me to be optimistic and to think, “This a great opportunity for me to get knowledge; to get a great education.” I might be struggling, other people might be struggling, but we’re all in the same boat so you can’t beat yourself up over small things. The reality is that this is a very difficult major to complete. That being said, it’s doable. Plenty of people have done it. A positive attitude really goes a long way.

Wheel: So, you’re a senior and you probably dread this question, but I have to ask: what are your post-graduation plans?

Johnson: I want to go to nursing school (hopefully through Emory’s accelerated program) and then ultimately become a midwife. I’m actually in the process of applying to different nursing programs in the metro Atlanta area.

Wheel: What would you say to someone who’s on the fence about majoring in biology?

You don’t have to be an expert at “speaking the language” or spitting out random facts – you just have to love it. If your major doesn’t get you really excited about learning, you should ask yourself why you’re doing it.