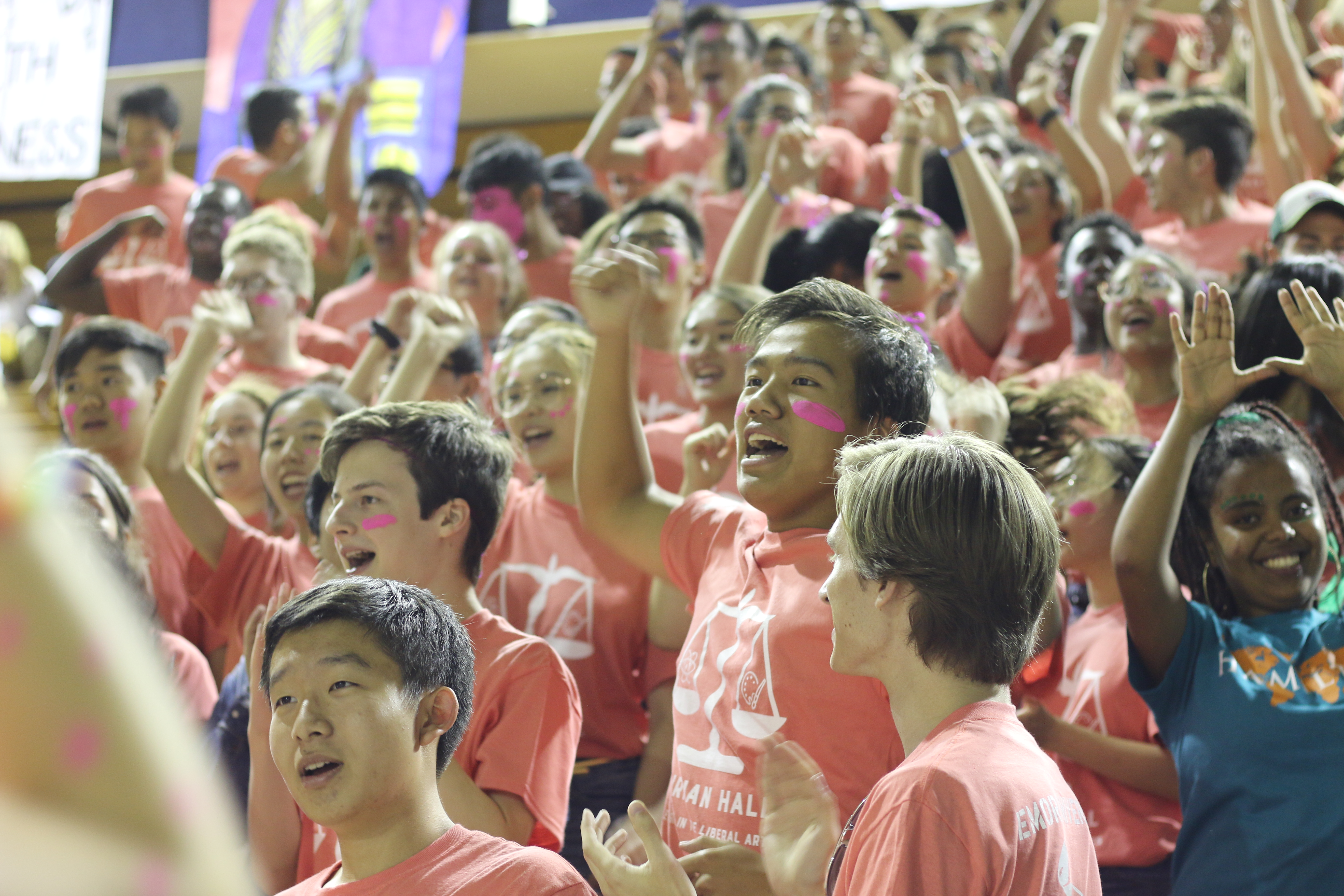 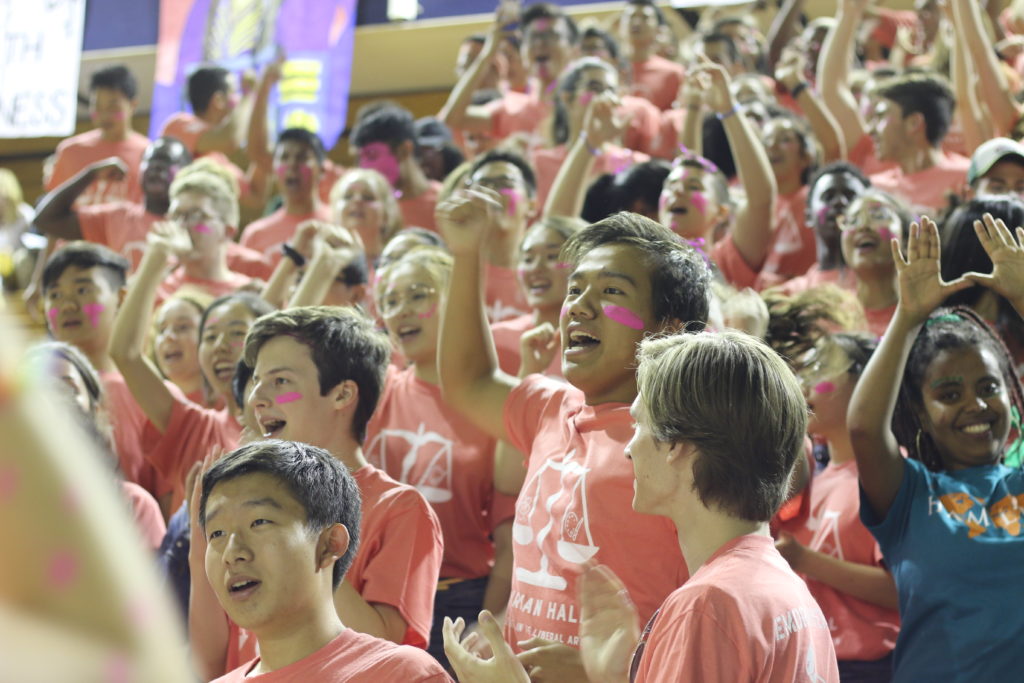 The Woodruff Physical Education Center (WoodPEC) rumbled on Thursday night as the new freshman class roared with intensity at the thought of winning the annual Songfest trophy. Although Alaharris took home the trophy, the annual Emory tradition brought another year of spirit and entertainment as the new students competed against each other with song and dance.

Songfest, a beloved Emory tradition, pits freshman residence halls against each other in a friendly competition. Each hall’s Residence Life staff rewrites a string of popular songs into parodies through which their residents boast about their own halls and roast others, all while following a choreographed dance routine.

Students who were not participating in the contest spectated from the track above, filling its maximum capacity.

This year, Alaharris, a combination of Alabama Hall and Harris Hall that fosters the “happiness conducive” living-learning community called “Flourish,” garnered gold with their creative renditions of Owl City’s “Fireflies” and Bon Jovi’s “Livin’ on a Prayer,” promising that they would “help [students] flourish.” The announcement of victory caused Alaharris residents to flood the WoodPEC floor. Though Alaharris wasn’t as large as Raoul or Longstreet-Means (LSM) Halls, they packed a loud punch. This is the first year Alabama Hall competed with Harris Hall, which has traditionally been a sophomore hall but was modified to accommodate some freshmen this year.

One resident said he wasn’t surprised his team won.

“We came into [Songfest] and we knew we were going to win, so [the only hard part] was waiting two hours to get the trophy,” said Alaharris resident Jordan Fischbach (22C).

The other residence halls were unfazed by their losses. Despite earning third place, LSM residents repeated their chant, “Oh, ah, you wish you were in Longstreet,” loudly and proudly.

Runner-up The Complex and Best Lyrics winner Hamilton Holmes (Hamilton) Hall were also in good spirits after the event.

“Hamilton came together despite being a smaller hall,” said Hamilton resident adviser (RA) James Jordano (19C). “No matter how [few] students you pull together, the spirit and passion is still there.”

Before the residents competed, orientation leaders (OLs) took the spotlight and performed their own choreography to songs including the infamous “Emory Anthem” and Lil Mama’s “Lip Gloss,” though they didn’t sing. Their dancing was in sync and their energy mirrored that of freshmen: enthusiastic and hopeful.

“Songfest is a great way to get the first year class together — it’s like our Super Bowl,” said OL captain Neil Shahdadpuri (19B).

After the OLs’ performance, Lord Dooley and her bodyguards took to the floor, dabbing to an electronic remix of the Mii Channel theme song while students cheered and goaded the undead dancer.

Hamilton sophomore adviser (SA) Samantha Cassidy (21C) said that although Songfest was “a lot more taxing” than she expected, “it was rewarding to work with the residents and see them putting their all into [Songfest] during practice.”

The event proved difficult not only for SAs, but also for the Songfest judges, who had a hard time making decisions on-the-fly.

Member of the Campus Life Executive Leadership Team and Songfest judge David Clark said that it was “almost impossible, in real time, to make the decision” of first place due to the “different [hall sizes] and ways that the groups approached [Songfest].”

Despite the competition, all residents collectively chanted “Let’s go Eagles!” throughout the event, demonstrating the connection that this fun tradition forges between Emory freshmen, who will continue to grow as one over the years.

The Complex won the past two Songfest competitions.