On Aug. 20 at 5 p.m., EPD met with an Emory student in reference to a stolen license plate. The victim said he parked his 2015 Volkswagen Tiguan on the ground level of Peavine I Parking Deck at 9 a.m. When he returned to his vehicle at 3 p.m., he discovered his license plate was missing. There was no indication of someone trying to enter the vehicle, according to the officer. The case has been assigned to an investigator.

On Aug. 24 at 1:09 a.m., EPD responded to Evans Hall in reference to an intoxicated individual. When officers arrived, they met with the resident adviser (RA) on-call, who said he was walking in front of Evans Hall when he saw a male subject unconscious on a bench in front of the building. The officers tried to wake up the subject by talking to him loudly, but the subject did not respond. An officer conducted a sternum rub on his chest while announcing loudly that they were the police. The subject woke up but was incoherent. Officers asked him if he knew where he was right now, and the subject responded, “Buckhead.” When asked who the president was and how many quarters were in a dollar, he replied he did not know to both questions. The subject said he did not know where he came from or what he drank. The subject smelled of alcohol, had glassy eyes and was unsteady on his feet. An officer asked the subject for his identification, and the subject handed him two driver’s licenses, one from Ohio and one from Washington. Officers discovered the Washington driver’s license was valid and the Ohio license was fraudulent. The officer confiscated the fake license. AMR transported the subject to EUH. Campus Life was notified about the incident.

On Aug. 24 at 2:11 p.m., EPD responded to a call from Woodruff Residential Center regarding two instances of theft. The first victim, an Emory student, reported he left his dorm at 12:45 p.m., leaving the door unlocked. When he returned at 1:40 p.m., he discovered his wallet and laptop were missing. The student said his wallet contained three credit cards, but there was no fraudulent activity on his accounts. The second victim, also an Emory student, found his laptop, which was in the same room, was missing, as well. The missing items for both students are valued at $1,825. The case has been assigned to an investigator.

On Aug. 24 at 4:40 p.m., EPD responded to a call from Woodruff Residential Center in reference to a theft. The complainant, an Emory student, said he left the door to his room unlocked on Aug. 24 between 12 p.m. and 2:30 p.m. When the victim returned to his room, he discovered that his Apple Macbook Pro laptop was missing. The laptop is valued at $1,200. The case has been assigned to an investigator.

On Aug. 28 at 1:18 a.m., EPD responded to a call regarding an intoxicated individual on the third floor of Longstreet-Means Hall. When officers arrived, they found the individual, an Emory student, leaning against her dorm room door vomiting into a trash bag. The complainant, also an Emory student, was assisting the individual and said they had just returned from Maggie’s Neighborhood Bar and Grill. The complainant said she did not know what or how much the individual drank. When an officer asked the individual for identification, she handed him her Emory ID and an Iowa driver’s license. After comparing the two identification cards, the officer noticed that the name, date of birth and picture did not match, and confiscated the fake driver’s license. American Medical Response (AMR) transported the vomiting student to Emory University Hospital (EUH). Campus Life was notified about the incident.

On Aug. 29 at 7:56 p.m., Emory Police Department (EPD) responded to a call regarding theft and damage to a parked vehicle. The victim, an employee at the Depot by Kaldi’s Coffee, said he parked his white Infiniti G35 in the Depot parking lot at 7 p.m. on Aug. 29. He reported that he returned to his vehicle twice after entering the Depot between 7 p.m. and 7:30 p.m., and his vehicle was not damaged during those times. When he returned to his vehicle at 7:50 p.m., he discovered his front passenger window shattered, and his backpack containing $20 and Ray-Ban sunglasses was missing. The total value of the missing items is $230. The case has been assigned to an investigator. 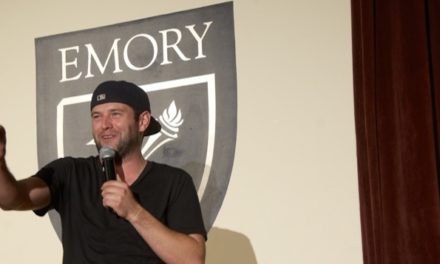 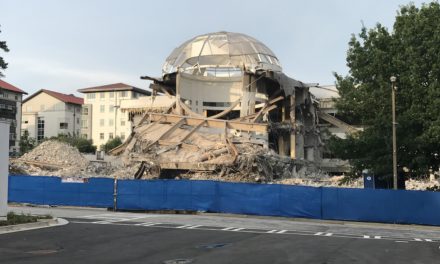