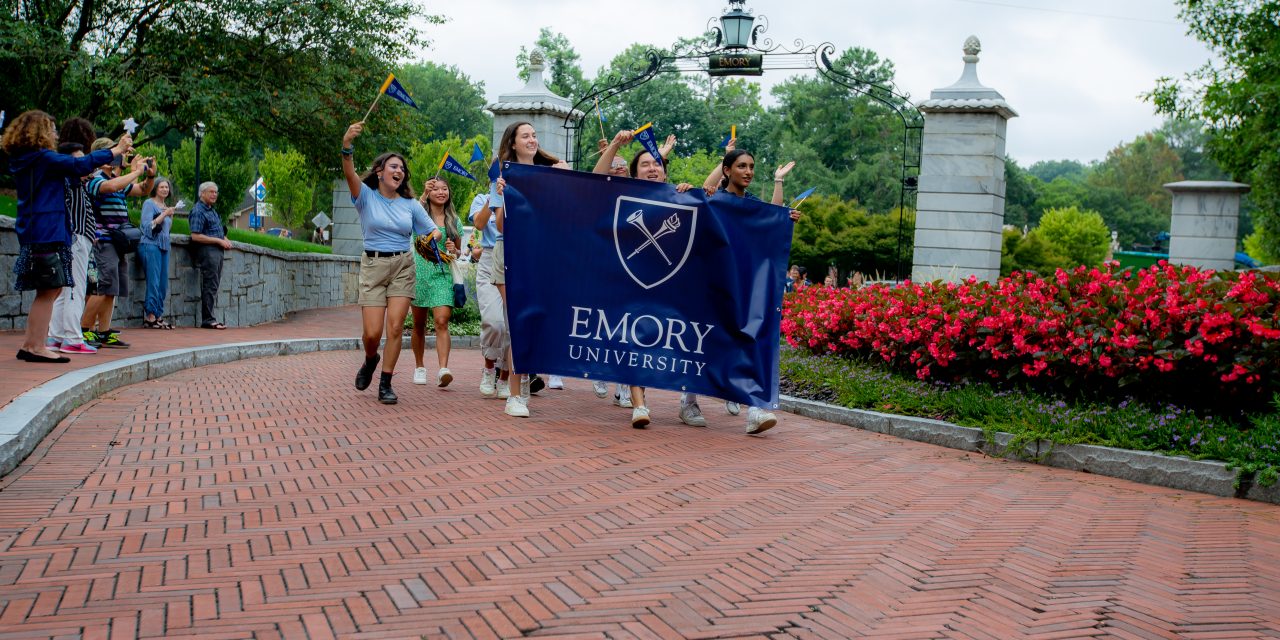 Members of the Class of 2026 crossed under the Haygood-Hopkins Gate on Aug. 23, simultaneously entering and expanding the Emory community. Alumni and faculty lined Dowman Drive cheering them on as they ventured onto a more recognizable and storied Emory tradition — the Coke Toast.

These new members of the Emory College of Arts and Sciences are the first participants in the inaugural gate crossing, a new Emory tradition coordinated by the Office for Undergraduate Education. Director of Orientation and New Student Programs Jill Camper said the tradition will be a memorable start to students’ careers at Emory.

“Rites of passage experiences are some of the most treasured traditions on college campuses across the county, and they are so important to fostering and celebrating community,” Camper said. “The Gate Crossing brought us all together to celebrate the one thing that connects all of us—Emory.” 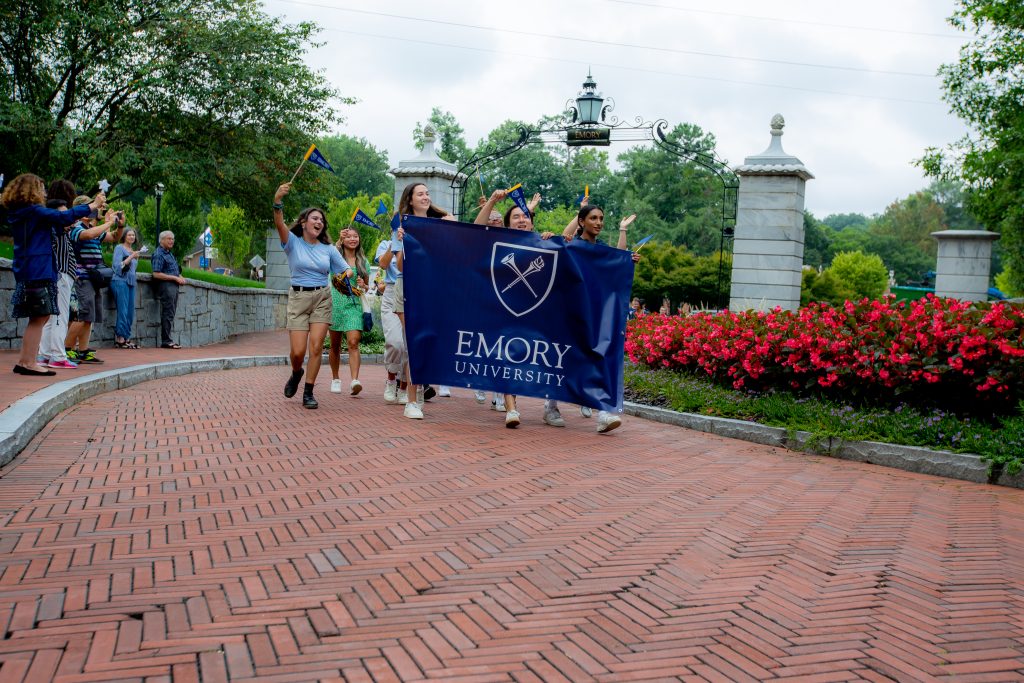 The Class of 2026 participated in the inaugural gate crossing tradition under the Haygood-Hopkins Gate. Courtesy of Emory News Center,

Despite the novelty of the gate crossing tradition, the marble and steel structure adorning Emory University’s southern point has been welcoming students for nearly 90 years. Built in 1937, the architects hoped to honor the creation of the Atlanta campus in 1915 and dedicate a gateway from the university’s original Oxford campus.

Haygood, a slave-owning Methodist, changed his views on enslavement following the conclusion of the Civil War, and became a vocal proponent of integration of African Americans in Southern society during his tenure at Emory. Hopkins succeeded Haygood as president in 1884 and notably brought focus to technology and science to the Emory curriculum.

Consisting of a pair of marble columns, a red brick road lies underneath and shares a resemblance to the white marble buildings with red roofs that surround the Quad. Ornate ironwork arches blend in with the background of the dark green trees of campus and connect the two columns. 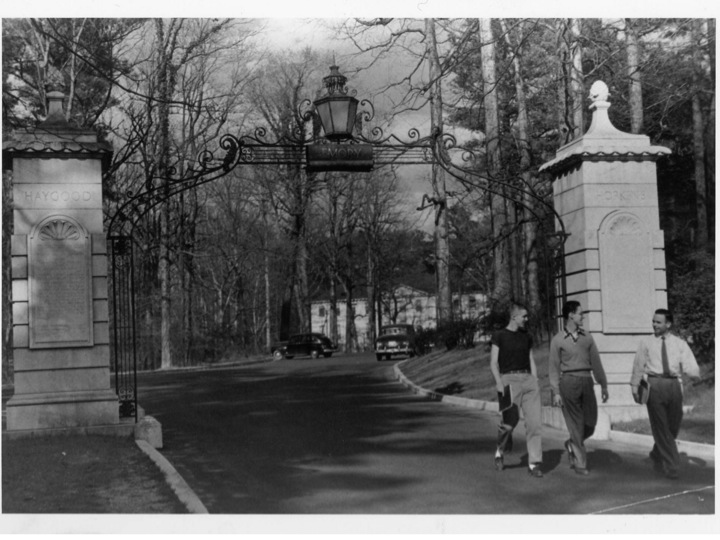 The gate has long, complicated history as Emory’s front door, once moved to the sidewalk after the ironwork was continuously hit by buses. Courtesy of Emory Historian’s Blog.

The campus entrance has taken a beating during its long tenure. Buses and ambulances damaged the ironwork so much that in 1971 it was moved from the road to the sidewalk, where it stayed before returning in the early 2000s when the road was lowered to allow ambulances or firetrucks to pass underneath, Emory University Landscape Architect James Johnson said.

“When the roundabout outside of Emory Village was built, we felt that it was important for a formal, ceremonial entrance that could accommodate all people and vehicles to return to Emory,” Johnson said.

The University decided to formally create a ceremony for new Emory students with this year’s gate crossing. During graduation, each class will complete the tradition by walking out the gate to signify their transition from Emory into the world.

Camper and the University hope to continue the tradition for the Class of 2027.

“The Haygood-Hopkins Gate serves as the iconic front door of Emory’s campus,” Camper said. “I can’t think of a better way to mark the beginning of a student’s Emory journey than to invite them through our front door and greet them as they come into their new home.”