Last weekend I went to a frat party at Georgia Tech. Girls go there. But mostly boys. At Tech, all their undergrads study practical things like science and engineering. They have to back up their claims with facts from reality. Unlike sociology.

My lady friend from California took me to this party at the AEPi frat. Because the boys there are mostly from the South and are from a more varied socioeconomic background, the frats at Tech have more bravado, masculinity and overall rambunctiousness than the other frats I’ve visited. On a scale of Community Service Fraternity to alcohol enema pledge events, Tech’s frats fall closer to the alcohol enema side.

It was cold, so the gentlemen kept their shirts on. The ladies either neglected to wear pants or had removed them before I arrived. They looked very cold. The Victorian era and feminist revolution are both long gone, but women still don’t dress comfortably. Someone in women’s studies should look into that. Or sociology.

My California lady friend knew one of the frat stars at the party. His name was Josh. Josh the Frat Star was lanky and jovial, not unlike an Emory Frat Star. He graciously showed us his room. The frat house hallway resembled a typical dorm hallway, except for the smell. It smelled like brotherhood, and by that I mean Axe body spray.

We walked into Josh’s room. I said, “Look at that, you have laundry detergent.”

Like a Southern gentleman, he handed us beer. It was not Natural Light. A young lady stumbled in and shouted “Steven!” There was no Steven. She pointed at me and said, “You’re not Steven.” This is correct. She then said, “I mixed you up with someone else.”

I replied, “It happens all the time. I’m black.”

She replied, “Actually, it was your voice. I thought you were white.”

“That’s how I get business calls returned.” I replied. Someone wrote a Linguistics paper about that. Or sociology.

Josh the Frat Star then took us downstairs to the patio with the four beer pong tables. He told us about the science he does. He told us how science saves lives. Science also helps people walk again, improves air travel, provides for the Internet and closes gaps between the rich and poor. He is working on a science machine that helps cars run on hydrogen. I write essays about history.

Because Josh the Frat Star is a frat star, his tribe has predetermined norms to maintain status. One key norm is above-average skill at beer pong. When I played with Josh the Frat Star against two girls, the cultural expectations were that he would win. The first cup he hit was the middle cup. An enforcer of frat culture laughed and asked, “Trying out for the JV team, sweetie?” The middle cup is the easiest cup. He should have tried to score in a more difficult position. Frats are a shame-based society. Josh failed to make another two cups, reinforcing negative expectations and setting him up for marginalization from the tribe. Should he lose the game, his tribe would likely ostracize him by casting aspersion upon his sexuality.

A fellow engineer walked up and wrote something on Josh’s arm in highlighter.

I asked, “Is that some sort of engineer trick?”

As it turns out, engineers do not play beer pong using protractors.

Because Tech is like a monastery of science, the outside world does not heavily influence their dancing. The boys do not gyrate their hips. The dance moves are angular, stiff and devoid of an urban style. In an attempt to maintain masculine norms, the majority of dance moves radiate from the chest – the male center of gravity. They dance as if taught by the Vitruvian Man. This form of peacocking does less to attract potential mates than the more boisterous gentlemen at the beer pong table.

Josh the Frat Star struck up a conversation with a potential mate. She wore robin’s-egg-blue eyeliner to evoke feelings of springtime and mating. Josh kept eye contact while tossing pong balls at the other team’s cups. He missed each time. The societal approval he would gain from bedding this woman was greater than that of winning the beer pong game. The lady was not receptive to his advances. This is not because he was losing the beer pong game. Studies show most women are not interested in how many cups a frat star can hit in a row, despite outward appearances. Unlike many girls who go to frat parties, she did not feign interest in the game or the gentleman. Flirting during beer pong is hard.

There were more girls than I thought there would be. This is because a disproportionate number flock to frat houses. They choose the frat house because only the most alpha of males join these organizations. Confidence is attractive. Further the women are drawn in by the frat’s free alcohol and loud dance music. One song was a remixed version of a popular Korean Pop song. They even engineer sound.

When it was time to leave, I felt relieved to return to my own campus. But I learned a very valuable lesson: there’s no shame in losing at beer pong, because no one is paying attention.

Uncomfortable Situations Brought to You by SOC 101 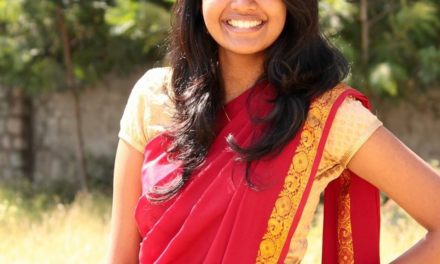