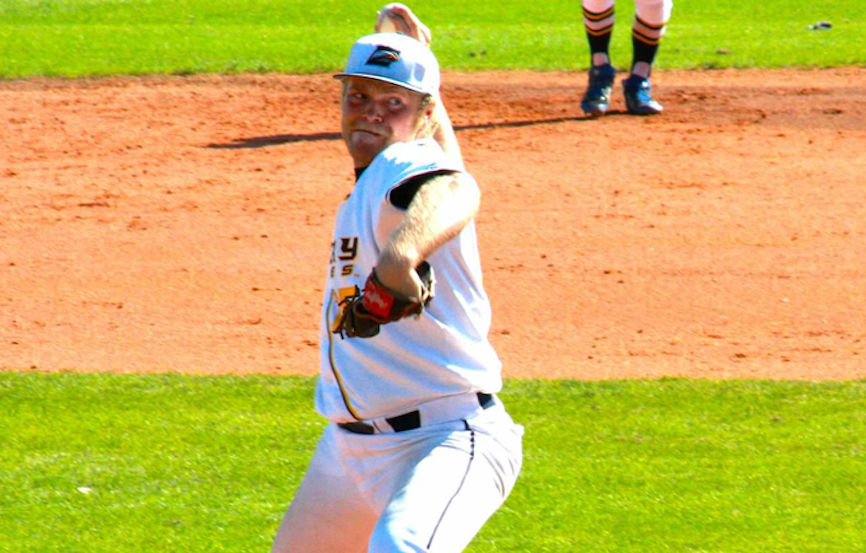 The Emory baseball team had a strong showing this weekend, defeating Ferrum College (Va.) three times, with scores of 6-1, 5-0 and 2-1. Emory moved to 6-2 on the young season, while Ferrum fell to 2-5.

On Friday, the story of the game was all about junior pitcher Jackson Weeg. Weeg threw seven innings of four-hit, one-run baseball. He also managed 10 strikeouts. Junior reliever Luke Emmett entered in the eighth and threw a pair of scoreless innings to close out the game, allowing three hits while picking up four strikeouts in the process. Juniors Wilson Morgan and Philip Maldari, senior Ben Vizvary and sophomore Nick Chambers each drove in a run, with two of Emory’s six total runs unearned.

On Saturday, the Eagles faced off against Ferrum again, this time in a double header. In the early game, pitching was once again the key for the Eagles with junior Hans Hansen and senior Paul Merolla combing to throw a shutout. Hansen threw seven innings, giving up five hits and recording seven strikeouts in the process. Merolla relieved Hansen in the eighth and sealed the game with a scoreless pair of innings. The big play for Emory at the plate was off the bat of Chambers, who hit a three run homerun, in addition to a pair of singles. Emory also showed off their speed, as they managed to swipe six bases over the course of the game.

In the second game, Emory fended off Ferrum to complete their weekend sweep, winning 2-1. The Eagles scored both their runs in the fourth. Morgan hit an RBI triple to drive in senior Dylan Eisner, and then came home on junior Brian Hernandez’s sac fly. Freshman Billy Dimlow picked up the win, his second of the season, throwing five innings of scoreless baseball, while allowing six hits and punching out four batters. Junior Kyle Monk picked up his second save of the season thanks to a scoreless two and 2/3 innings outing.

The Eagles will take the field again this Wednesday, Feb. 24 when they take on Oglethorpe University (Ga.) on their home field.