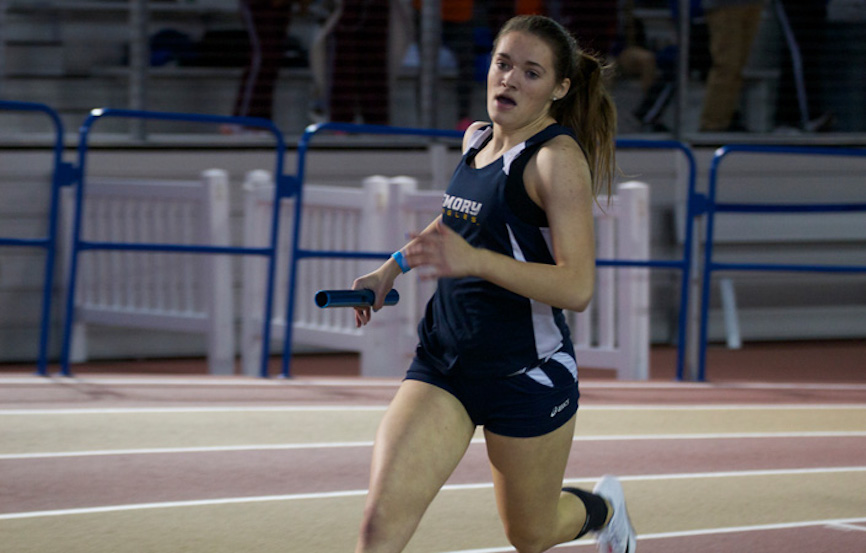 The Emory men’s and women’s track and field teams completed their final tune-up before the University Athletic Association (UAA) Indoor Championships by competing in the Sewanee Indoor Invitational last Saturday. While many athletes were given a rest before the UAA meet, the small constituent of Emory runners, jumpers and throwers performed well, earning a fifth place finish for the men’s team and a second place finish for the women’s.

Coach John Curtin was pleased with the performance of his team despite “not having all hands on deck.” In spite of bringing only a portion of the team to the invitational, before the meet, Coach Curtin explained what he wanted to see from his team.

“We will settle the last couple roster spots for the UAAs,” Curtin said. “Most of the kids competed in field events or short dashes, so we can work on starts and take offs. The meet is one more opportunity of high level preparation before the UAA championships.”

The women’s team was lead by a pair of first place finishes from the freshmen duo of Dani Bland and Jordan Small. Bland won the 200m dash with a time of 26.33 and placed second in the 55m dash with a time of 7.39. Small won the high jump with a height of 1.50m, and jumped 4.72m to earn second place in the long jump event. Other strong performances in running events on the women’s side came from sophomore Julia Levanthal, freshman Radhika Shah and junior Elizabeth Magno. Levanthal earned two third place finishes in the 55m dash and 55m hurdles. Shah posted a time of 2:29.58 that earned second place in the 800m dash, and Mango took third in the 400m run. In addition to Small, freshman Kaleena Jesson and sophomore Daenera Vazquez stood out in the field competition for the Eagles with a pair of second place finishes. Jesson jumped 3.02m in the pole vault, and Vazquez posted a distance of 9.86m in the triple jump.

The men’s side earned points from freshman Noah Elm, who placed second the 55m hurdles, sophomore Charlie Hu, who earned second place in long jump with a distance of 6.21m and junior Brandon Cromer, who ran the second fastest 800m dash with a time of 2:01.79. Curtin was particularly happy with the performance of Cromer.

“It was his best 800m performance of the year, which, given the small track at Sewannee is no small feat,” said Curtin. “Brandon earned spot in a relay team with this performance”.

Other notable performances came in field events for the men’s team. Sophomore Max Helfman and freshman Corey Eisner placed fourth and fifth in the long jump with distances of 5.91 and 5.82 respectively. Helfman also posted a high jump of 1.75m that earned sixth place. Junior Daniel Hutner placed fifth in the pole vault event with a height jumped of 3.50m.

Curtin and his team now turn their full attention to the UAA Indoor Championships, which will be hosted at the Armory Track Complex in New York City. The meet is one of the most important of the year, and Coach Curtin helped set the scene while sharing a story from the team’s last trip to Armory.

“UAA championships have become a universal measuring stick of sport on our campus, our kids look forward to it, and the last time we ran at the Armory venue guys came from behind in the 4×400 relay, which was quite exciting,” said Curtin. “The competition looks very strong, especially Washington University and Chicago, they are among top ranked schools in country. The UAA championships are always a dogfight, but at Emory, the kids always seem to rise to the occasion.”

The teams will fight for a UAA Indoor Championship at the Armory Track Complex on Saturday and Sunday Feb. 27 and 28. 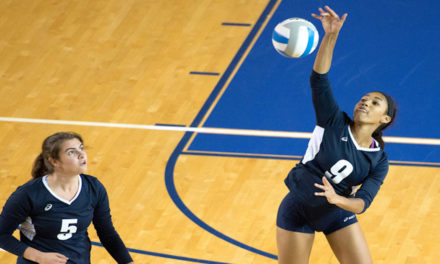 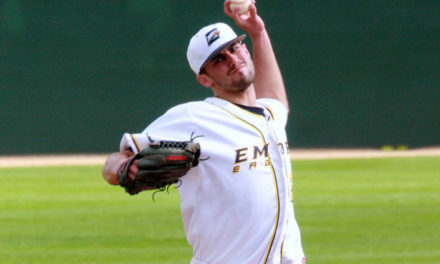