When 61 million individuals have been killed in the United States by one cause in the past 40 years, there should be public outcry.

A few weeks ago, President Donald J. Trump became the first sitting president to address the March for Life, an annual, peaceful protest of the Roe v. Wade and Doe v. Bolton Supreme Court decisions that legalized all abortions in the United States in 1973. Trump supports the need “to defend the right of every child, born and unborn, to fulfill their God-given potential.” We must vote for politicians dedicated to this defense in the 2020 elections.

The fundamental basis for the pro-life movement is that human life begins at conception and, because all human life has inherent value and dignity, it ought to be protected at all stages of pregnancy after that moment. The only exception should be the immediate, lethal medical endangerment of the mother. While the pro-life movement is characterized by religiosity, its arguments can be made on a moral and not a religious basis. These arguments do not express an opinion; they make an objective, moral assertion.

The majority opinion in Roe v. Wade concedes, “If this suggestion of [fetal] personhood is established … the fetus’ right to life would then be guaranteed” by the Fourteenth Amendment. Advances in the field of fetology, the development of the ultrasound and medical improvements pushing the point of viability (where the fetus can survive outside the mother) ever closer to conception serve to demonstrate a basic truth of our individualism-based society: a fetus has innate personhood. The so-called heartbeat bill, signed by Georgia Gov. Brian Kemp last May, bans abortions once the fetal heartbeat can be identified, an idea that makes intuitive sense. However, that move isn’t enough. Ninety-six percent of biologists surveyed agree that a human’s life begins at conception. Is a person less valuable because they are small or not yet capable of rational thought? Certainly, babies and young children and people with certain disabilities can’t think rationally, but we don’t kill them. A sleeping person or someone with nerve damage can’t feel pain, but we don’t kill them. In the same vein, killing a fetus, regardless of its ability to feel pain (which develops by eight weeks gestation), is wrong. A powerful video entitled “The Silent Scream” shows via ultrasound a 12-week fetus writhing and fighting for its life as it is dismembered by a suction aspiration tool of an abortion provider.

Denial of personhood is the root of some of the most grotesque events in human history. Our nation was founded to protect inalienable rights endowed by their creator (God) to every human being. The idea that rights come from God and not the government is fundamental to the United States. These rights must be applied to every human, born and unborn.

Pregnancy can pose a great burden on a woman. Illegal workplace discrimination and financial strains can make it all the more difficult. That’s why GOP legislators in the Senate and House are working to pass a bill that gives mothers the ability to receive child support during their pregnancy.

While overturning Roe v. Wade is still a few Supreme Court nominations away, Republicans are doing all they can to protect the fetus. The Born-Alive Abortion Survivors Protection Act sought to guarantee medical care for babies that are born alive after a botched abortion. Democrats blocked it from passing. That’s right. Democrats are advocating to give the option of infanticide of babies who are born alive, something Democratic presidential candidate Mayor Pete Buttigieg recently avoided condemning. Infanticide after attempted abortions actually happens; the Centers for Disease Controls and Prevent reports a minimum of 143 cases between 2003 and 2014. The case of Dr. Kermit Gosnell intentionally killing fetuses born alive is particularly chilling. The fringe argument for the moral acceptability of killing even a healthy child becomes difficult to refute if you support abortion.

Abortion is an extremely divisive, but important, issue. The pro-life movement is currently winning: more people identified as pro-life than pro-choice in 2019. Women have a duty to know what is going on inside their bodies during their pregnancy, and we should continue to make strides to ensure they are informed. Abortion needs to be banned. Illegal abortions must result in the prosecution of the offending abortion providers. However, no truly pro-life advocate desires the prosecution of the mothers; our focus is on supporting women through difficult pregnancies.

So, what can you do? First, educate yourself. Live-Action is a nonprofit dedicated to education about what abortion does and the horrors uncovered by investigations into the abortion industry. Before you make a conclusion on abortion, I urge you to learn about it. Look at the images of the “clump of cells” removed in abortions and ask yourself whether that was a person. And, most importantly, vote Republican in 2020 to show your support for the unborn. 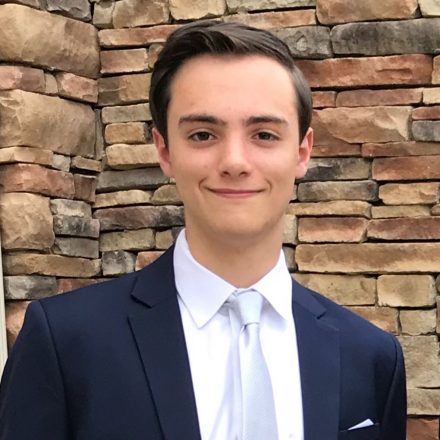