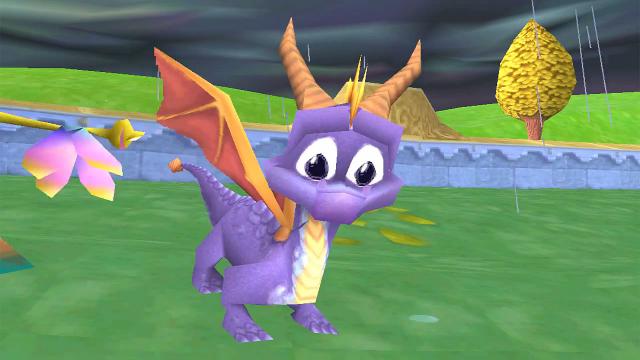 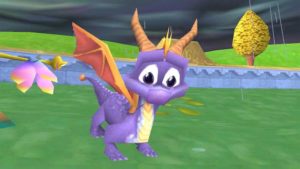 Rather than doing my homework, I often find myself reminiscing about the secret agent, cave people and evil living tikis that comprise “Spyro 2: Ripto’s Rage!” The game’s music floods my mind, and levels fill me with nostalgia. “Ripto’s Rage” is a classic masterwork that exhibits imaginative settings, loveable characters and inventive music unlike other games of its time.

“Spyro Reignited Trilogy,” including remastered versions of “Spyro the Dragon,” “Ripto’s Rage” and “Year of the Dragon,” is set to be released in September 2018, sparking memories of the original trilogy and allowing players to return to their gaming roots. In anticipation of the upcoming release, let’s take a walk down memory lane with “Ripto’s Rage,” developed by Insomniac Games and released in November 1999 on PlayStation. “Ripto’s Rage” gives Spyro creative and novel realms, characters and moves and improved upon graphics that revolutionized platform gaming one year earlier in “Spyro the Dragon” (1998). With an accompanying soundtrack that ties everything together, “Ripto’s Rage” makes for an unforgettable adventure.

The plot revolves around Spyro, a purple dragon, who decides to vacation at Dragon Shores. When he travels through a portal, he inadvertently ends up in Avalar — a realm where the inhabitants need Spyro’s help to defeat an evil Riptoc (a dinosaur monster) named Ripto and his minions who are trying to conquer the fantasy world.

Spyro must make it through three subworlds of Avalar —  Summer Forest, Autumn Plains and Winter Tundra — to defeat Ripto. Each subworld contains numerous realms that he must progress through to obtain talismans. After a certain number of talismans are collected, Spyro can continue to the next subworld until he is ready to battle Ripto.

The most distinct change from “Spyro the Dragon” (1998) is the increase in interactive characters. “Ripto’s Rage” introduces a variety of non-player characters (NPCs) that speak to and interact with Spyro as players continue through levels. Some NPCs serve as initiators for mini-missions; for example, Agent Zero tells Spyro not to follow him, thus beginning a challenge to evade detection and make it to the agent’s secret base. Other NPCs are the realms’ inhabitants, helpless against the evil that terrorizes their homes. From Colossus’ monks to Metropolis’ droids, Spyro is the only one who can help the inhabitants.

Most revolutionary, though, are Spyro’s new friends. Hunter the Cheetah, the Professor and Elora the Faun continuously check up on Spyro throughout his adventure. I beam each time they show up. Their dialogue is friendly and they each express their own unique personality traits — Hunter is easygoing and naive, Elora is intelligent and determined and The Professor is wise and philosophical. “Ripto’s Rage” thus introduces personable characters other than Spyro and Sparx, Spyro’s dragonfly companion, to the franchise, adding more depth to the game and creating a world in which players can immerse themselves.

“Ripto’s Rage” also introduces new gameplay mechanics, including end-of-glide hovering, swimming, climbing and headbashing. Though not completely groundbreaking, these mechanics foster exploration and sequestered items; sometimes, Spyro must headbash crates or flawlessly hover to find gems, which are used to achieve 100 percent completion. Spyro goes exactly where the player wants him to and camera angles move with Spyro for the most part, making for smooth movement and a pleasant controller experience.

Additionally, the settings are crisper and more immersive than those in “Spyro the Dragon.” Wooded Springs teems with green life and ancient wooden idols that give the realm its own history. Crystal Glacier is speckled by snowflakes, and cave paintings line the walls. Robotica Farms is dotted with electric pools and futuristic agriculture. And the enemies give life to the setting — yaks, dinosaurs, Earthshapers (stone giants) and sheep UFOs are some of the many enemies that appear in “Ripto’s Rage.” Their fighting techniques and appearances complement each realm’s setting. Due to the sundry settings and manifold enemies, the game feels brand new with each realm Spyro enters.

Realms’ soundtracks are as essential to their stories as NPCs, enemies and landscapes. Composer Stewart Copeland, co-founder and drummer of rock band The Police, creates a shining soundtrack that perfectly represents each level. Summer Forest, for example, exhibits a mystical, relaxing sound that goes with the extravagant and royal setting, while Hurricos uses mechanical beats and low-pitches along with a recurring futuristic drone to represent the realm’s focus on electricity. Copeland gives life to “Ripto’s Rage,” seamlessly joining realms to their soundtracks and creating something that players could listen to years later and still feel the same joy they knew when they played “Ripto’s Rage” as a child.

“Ripto’s Rage” pushed the boundaries of platform gaming, introducing cutting-edge graphics while creating a world that children could connect with. Personable characters, inventive realms and an innovative soundtrack make “Ripto’s Rage” a game that will be remembered throughout gaming history.