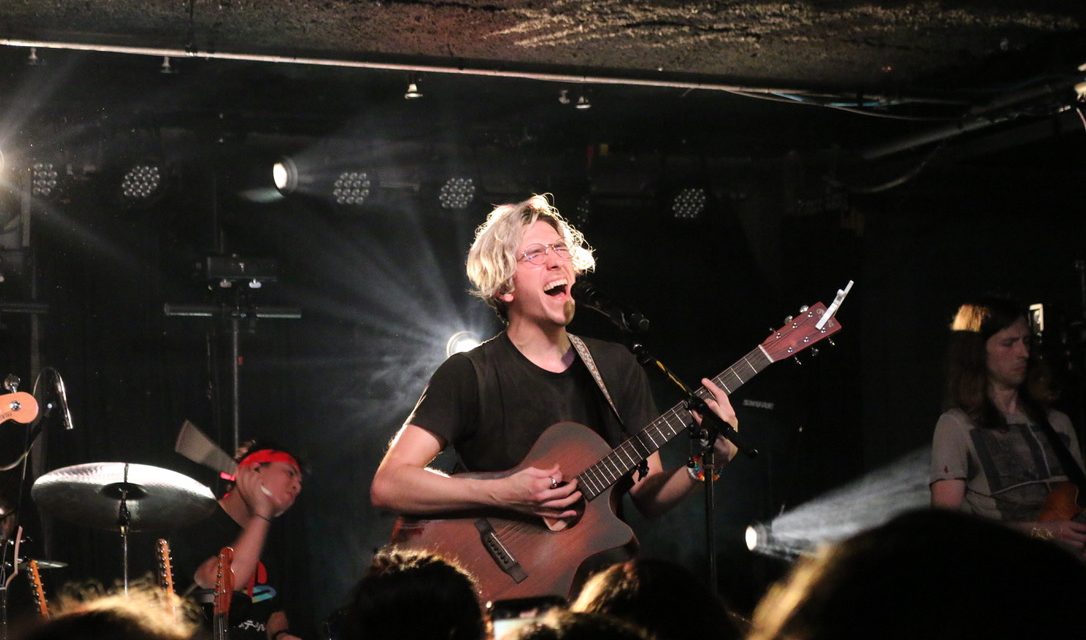 On the fifth night of his sold-out “Back in Business” tour, singer Ricky Montgomery swept the front row with high fives. As he sang his 2021 single “Talk to You,” he posed with items from the crowd: a teddy bear, a plush hat shaped like a shark, a handheld Pride flag.

The Loft had heated up — literally — by the time Montgomery walked onstage May 1. The 80-degree heat of the day lingered indoors that evening. The 650-capacity venue, at the top of two flights of concrete steps, was packed shoulder-to-shoulder with fans of the 29-year-old singer. 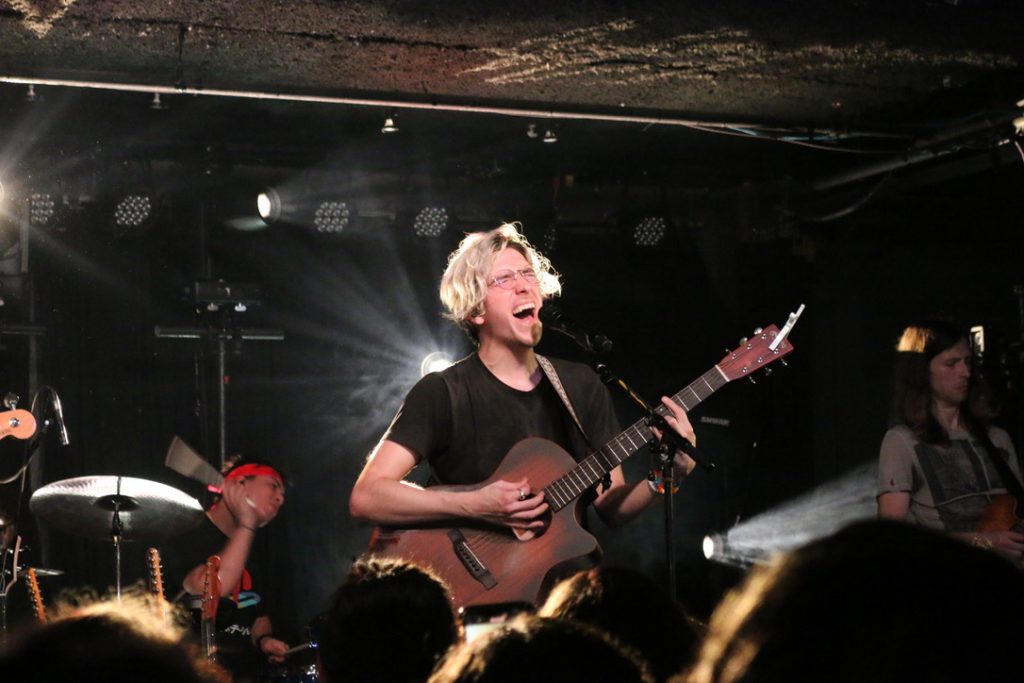 Replicated in hundreds of cell phone cameras, it was hard to believe Montgomery wasn’t a hologram — until his voice, undeniably tangible and clear, cut through the audience’s cries.

As he belted, Montgomery felt increasingly real onstage. During an emotional rendition of his song “Mr Loverman,” hundreds of cell phone flashlights lit up the venue, rendering the stage lights useless.

“I just tried to write things that are cathartic for me, and I write with either the hope or the assumption that somebody else will also find it … emotionally purging for them, too,” he said. “And sometimes I’m just trolling, and I want to make something that sounds funny to me.”

Montgomery’s songwriting process is as playful as his shows. To write his song “Cars,” he played a version of “Exquisite Corpse” with a friend. In the original drawing game, each player sketches a part of a creature on a folded piece of paper without seeing what the other player has drawn.

“We applied that logic to sentence structure, and we came out with our song ‘Cars,’ which is just kind of an amalgamation of different random car-related sentence fragments,” he said.

He draws inspiration from musical exploration, and said that he has recently been listening to soul, electronic and 70s/80s punk music.

“I’m trying to find holes in music history that I haven’t explored yet and … see what inspires me there,” Montgomery said. 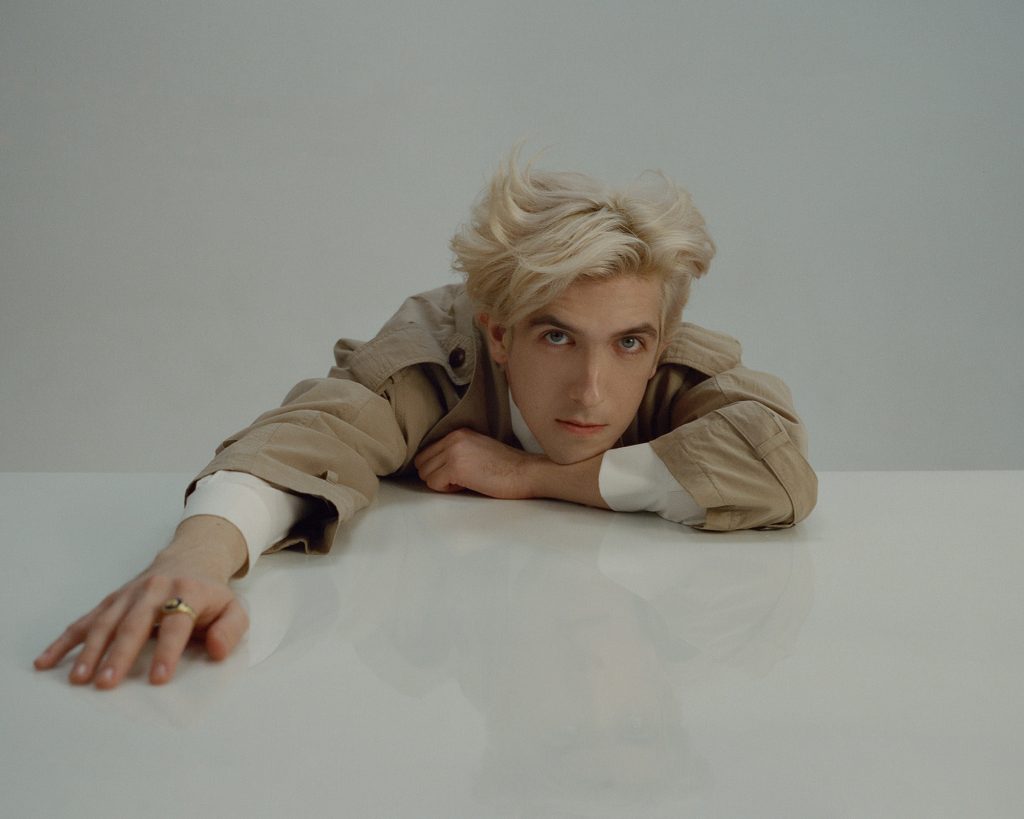 If you search up Montgomery’s name on TikTok or Instagram, you’ll see views and followers in the millions and hundred-thousands. After music from his 2016 album “Montgomery Ricky” gained traction on social media in 2020, he signed with Warner Records — a move that has propelled his career forward but added pressure to produce more music quickly.

“I am in a bit of a growing pains moment because I got signed … when I didn’t really have any music ready,” Montgomery said.

Now, he’s working toward finishing his next project “as quickly as possible.”

Montgomery described his path to success as “rocky” because his songs “Mr Loverman” and “Line Without a Hook” went viral on TikTok in 2020, years after their initial release.

When Montgomery saw his engagement numbers beginning to rise, he began reacting to TikTok videos and continuing to post his music on social media.

Montgomery said his previous experience on social media platforms like Vine and Youtube prepared him for the sudden social media attention. 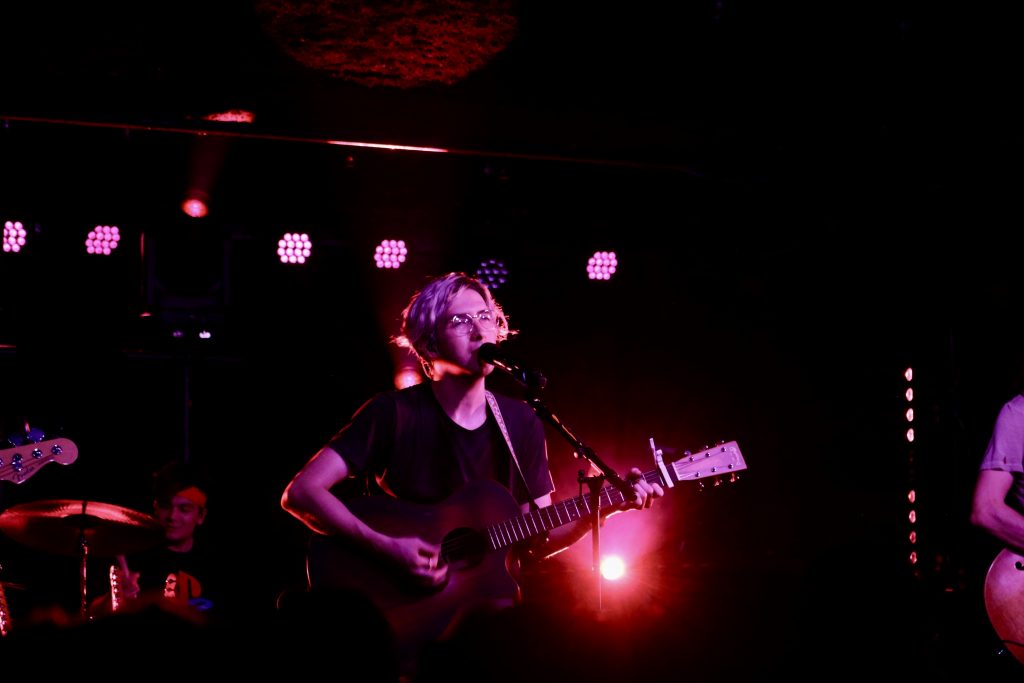 “I was really lucky that I knew how to continue to catalyze a moment,” he said.

Now, Montgomery describes his relationship with his fans on social media as a “mutual, participatory, trolling marathon.”

“I try to be as odd as I can and kind of use it as a creative outlet in its own way, so I think the fans pick up on that and help me riff on different little ideas,” he said.

This relationship extends beyond TikTok videos, reactions and duets and carried over to the unique intimacy at his performance at The Loft.

Fans called out to Montgomery during lulls in his set, as he tuned his guitar or sipped from a plastic water bottle. He talked back, candid and grinning, or laughing at the slick of sweat on his guitar.

In spite of the heat, or maybe because of it, the audience seemed bonded, like they were watching a mutual friend take the stage to play their favorite songs.

“It’s very gratifying now to see shows like the Atlanta show and … to see the entire audience singing along to those songs,” Montgomery said.