“If COVID wasn’t happening, my specific position probably wouldn’t have been open. There’s a huge need for teachers right now.”

Reflecting on his new career as a middle school Spanish teacher, Brandon Schettler (21C) theorized that his position became available due to the ongoing teacher shortage. He suggested that during the pandemic, teachers who disliked teaching online or feared becoming infected at school left their jobs.

“No one was hiring new teachers during the pandemic, and as a result the school was short-staffed,” Schettler said. “I came along to fill part of that need.”

Schettler’s story reflects a broader uptick in teaching-related professions among recent graduates from the College.

According to the Emory Career Center’s annual First Destination Survey, half of 2020 graduates entered the general workforce as an employee or an intern, while 35% continued their education and 10% were still seeking opportunities. 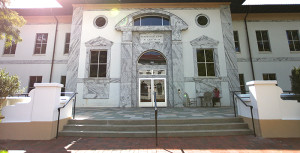 These results, shared with the Wheel, do not include graduate outcomes from the University’s law, business and nursing schools, all of which conduct their own surveys. The results of the First Destination Survey were gathered from the 65% of 2020 Emory College graduates who responded. Of those who entered the workforce, 5.7% have positions in K-12 education, making it the second most popular field among employed college graduates in 2020.

The category was one of the few perennially popular fields that grew in 2020, though growth was marginal. Previous favorites such as management consulting, nonprofit work, research and software/internet services all saw diminished popularity.

The health care field, which was already the most popular industry among graduates, also saw a major uptick in popularity following the onset of the pandemic. In 2019, 8.4% of employed graduates entered health care vocations, a statistic which increased to 13.5% in 2020. The preliminary 2021 data, which is still being collected, predicts a further jump to 20.8%, more than double the 2019 rate.

“The pandemic has definitely increased public awareness of the importance of this field and how it really needs more people, especially researchers, to better understand and help people in need,” said Grace Shen (21C), who currently works at the Emory Behavioral Immunology Program and hopes to begin a PhD program in Clinical Psychology next fall. “We need them right now, as soon as possible.”

“Emory students are very humanitarian-focused,” Fowler said. “That’s sort of ingrained in Emory students and graduates, so obviously when the pandemic hit, there was a lot more interest in public policy, public health, genealogy and pathology.”

This is not the first instance in which Fowler has seen post-graduation outcomes reflecting broader societal shifts. He said he witnessed a similar trend 20 years ago in the aftermath of 9/11.

“After 9/11, we saw a huge increase in students interested in national security, and other types of public service,” Fowler said. “We continue to attract students who want to make a difference, make the world better.”

Another notable change is the 5% increase in the number of students continuing their education, which Fowler attributed to the pandemic. He said it is common for more students to pursue graduate programs during economic disruptions. In 2010, shortly after the Great Recession, the percentage of students continuing their education stood at 42% compared to the 18% who entered the workforce.

One of the Career Center’s main goals in conducting the First Destination Survey is to measure the resolution rate, or the rate of students who are not listed as actively seeking opportunities. According to Fowler, “resolved students are doing something definitive, what they want to do.” In 2019, 92% of respondents were categorized as resolved within three months of graduation. In 2020, this number dipped slightly to 88% within six months of graduation.

The Career Center extended its data collection from three to six months in 2020 and 2021 to account for slower hiring and admissions processes. Still, Fowler said the 4% drop is within the expected margin of error.

As for the preliminary 2021 report, Fowler found the data’s current 93% resolution rate to be “good news,” since it is nearly identical to the pre-pandemic rate.

Looking forward to his own upcoming graduation, pre-med student Joseph Yoo (22C) was relieved to hear that graduate resolution has returned to expected levels.

“Given the situation and the number [of resolved students] that we got, I’m actually very surprised and encouraged,” Yoo said. “Not only were we able to recover from the pandemic, but we’ve also discovered this new-found determination. We’re not going to let this pandemic become a defining characteristic of our lives.”