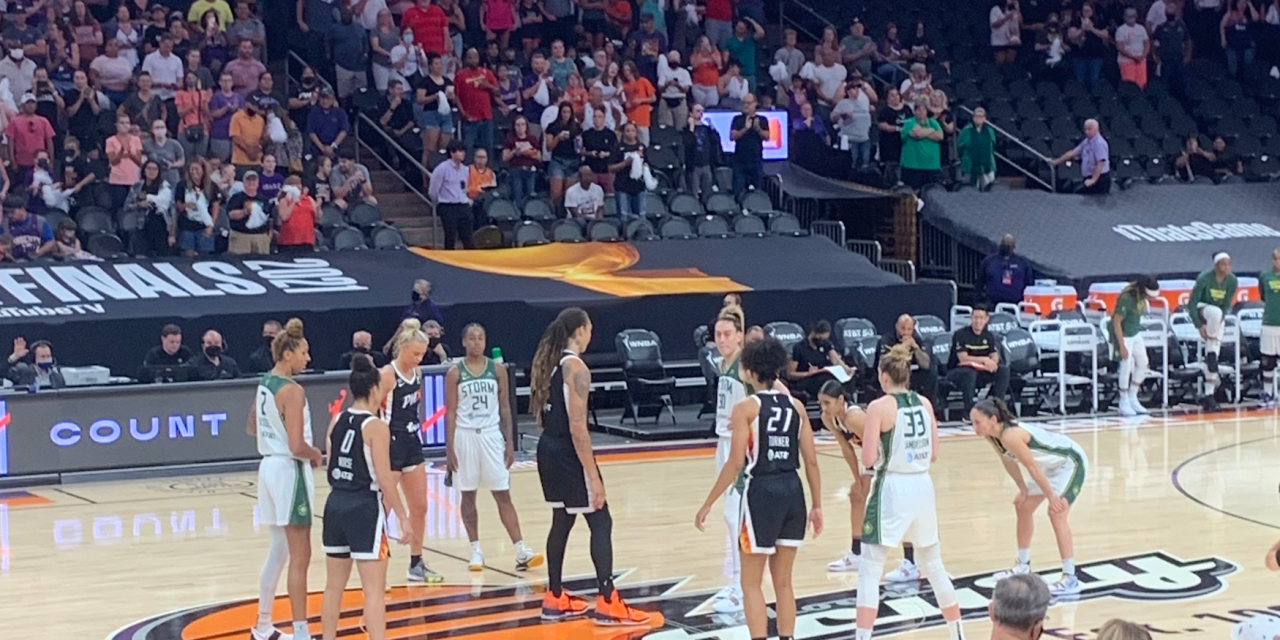 The WNBA’s Chicago Sky took home their first title on Sunday in an 80-74 win against the Phoenix Mercury, bringing the league’s 25th season to a close. Nearly a year removed from the “Wubble” and a pandemic-shortened season, the first full season since 2019 was filled with Cinderella stories.

After Chicago took the first game (91-77), Phoenix countered with beautiful play in Game 2 (91-86). Then, in a sold-out Wintrust Stadium, Chicago delivered with a record-breaking 86-50 Game 3 win, making it the largest point differential in WNBA Finals history. After the Game 3 blowout, Chicago’s momentum came in full force for Game 4. Although a valiant Mercury effort, the Sky persisted as the best team despite their underdog status.

The nail-biting Game 4 of the Finals was only fitting after this postseason’s excitement: full of close games, upsets and overtime madness.

In the potentially title-determining match, the first half was complete with seven lead changes until Phoenix began to take over at the end of the second quarter. Mercury center Brittney Griner, a dominant force all season, led Phoenix on a powerful run. If Griner and the rest of the Mercury could secure a victory, the series would head to a Game 5 in front of Phoenix’s notoriously rowdy and supportive crowd.

Backcourt guards Skylar Diggins-Smith and fan-voted GOAT Diana Taurasi dropped 16 points each, and with Griner comprise Phoenix’s “Big Three.” The guards brought tenacity, energy and critical three-point swishes, and Griner remained unguardable, finishing with 28 points. But, even with Taurasi’s famous clutchness, Chicago was too great a challenge for Phoenix.

The Mercury were up 44-37 over Chicago at the start of the third quarter, with the lead moving to 14 points by the middle of the third. The Mercury appeared ready to run away with it. However, the Sky had other plans.

Chicago guard Allie Quigley, the reigning Three-point Contest champion, had an unbreakable shot through the second half. Quigley finished with 15 points in the second half, contributing to her 26 points overall for the game. Veteran forward Candace Parker also answered Chicago’s prayers with her quick, physical and smart play. Her disdain for a potential Game 5 was palpable, and she was a vital force in reversing the Mercury’s momentum. She ended the game with 16 points and 13 rebounds, solidifying her position as one of the best leaders and players the league has ever seen.

Parker took off on a 7-0 third quarter run in just over a minute and a half. Starting the fourth, Phoenix was up just 61-54, and slowly but surely, they began to fall apart. In the last quarter, the Mercury missed six layups and continued their night of poor turnovers.

The Sky tied the game with two minutes left in the fourth and sealed the deal with an 8-2 run that Phoenix continuously failed to counter. Second string Sky center Stefanie Dolson also played a key role in their win with six points, two crucial defensive rebounds and an assist in just the fourth quarter.

Each Chicago player will receive a bonus of $11,356 and Phoenix players will receive $5,678. The Mercury, who have seen three championship titles under Taurasi’s reign before, were nonetheless demoralized by the Finals loss.

“We’ve just been so good at the end of games that we just thought we’re gonna pull it out because that’s just what we do,” Taurasi said in her end-of-season exit interview.

The WNBA does not seed by conference and favors higher-seeds, so the chances of a fifth seed meeting a sixth seed are slim. This year’s Finals mark the first time such an event has ever occurred. Both teams competed in three elimination rounds to reach the Finals, the most possible in the WNBA playoffs.

“Nobody thought it would be Chicago and the Mercury,” Griner said in her end-of-season exit interview. “We proved everybody wrong.”

Part of the key to success was fighting off fatigue — an especially difficult task for Phoenix, who lost starting guard Kia Nurse in Game 5 of the semifinals and were without reserve guard Sophie Cunningham in Game 1 due to a calf strain.

And although the Mercury arguably has the best “Big Three” in the league, equipped with two first-ballot Hall of Famers and two 2021 First-Team members, the Sky’s depth proved more powerful.

But the playoff drama continued past the final game. Mercury players declined to attend the postgame media session and didn’t give any public comment until the following day. The Mercury were fined $10,000 on Tuesday. The events also sparked a Twitter debate over whether the decision appropriately prioritized mental health or disrespected hard-working media.

To the WNBA media that like to repost the comments of people like Simone Biles and Naomi Osaka and claim support for mental health…support is actions, not words. Here’s your chance to be the change you want to see in the world. Keep your tirades in the drafts. #wnbatwitter

Don't confuse the need for athletes to protect mental health with an entire team of players deciding they don't want to face the questions about how they choked. The Mercury did not have a bucket in the last 4:42 and missed 11 shots. They are expected to be professionals.

It’s an especially crushing loss for Taurasi, who hasn’t lost a championship since high school. Game 4 was also only her third elimination-game loss of her 17 year-WNBA career. For Griner, who put together an MVP-caliber season, and the rest of the Mercury roster, the quest for a title will resume next May.

A successful playoff run didn’t come easy to either team, though. Chicago came into the playoffs with a .500 record and only won one Parker-less game for the nine games she was out with an ankle injury.

But the Sky is no stranger to struggle. The last time they were in the Finals was in 2014 when the Mercury beat them in a three-game sweep and consecutive seasons in crushing playoffs losses. Vandersloot and Quigley, who are married, have been on the team for 10 and eight years, respectively, without championship rings.

Fortunately for Chicago, their championship drought ended when Parker summoned the rains.

The league’s biggest offseason move was Parker’s decision to end her 11 year tenure in Los Angeles to make her Chicagoland homecoming. The team was many analysts’ preseason favorite but completely floundered throughout the year, making this win extra sweet.

It was a series to remember and reminded the world just how fun the WNBA is. The league will be back next year in May; but until then, many players are competing in EuroLeague or Athletes Unlimited competition, and college ball starts very soon. 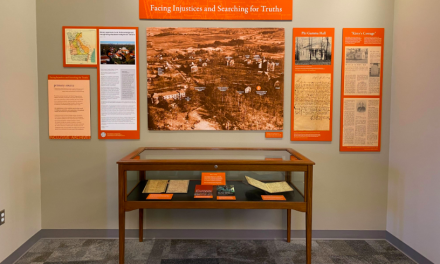